So, I missed posting an update last week again.  It was kind of a crazy week around here. That’s for sure.  Getting ready for Maggie’s 4th birthday party was a very big deal.  We planned it a month ahead of time so that there was no way that baby’s arrival would interfere with her birthday party {baby is due 3 days after Maggie’s birthday}.  I ended up spending most of Friday in the hospital because Charlie jumped on my stomach pretty hard right away in the morning.  Since baby isn’t really active at all in the morning, I had no clue if anything was wrong.  I felt like it was all good, but wasn’t quite positive, and called the nurse line, knowing full well that they would want to monitor the baby for at least a little while. Everything was just fine, baby was doing great, but it was a long day spent in the hospital. 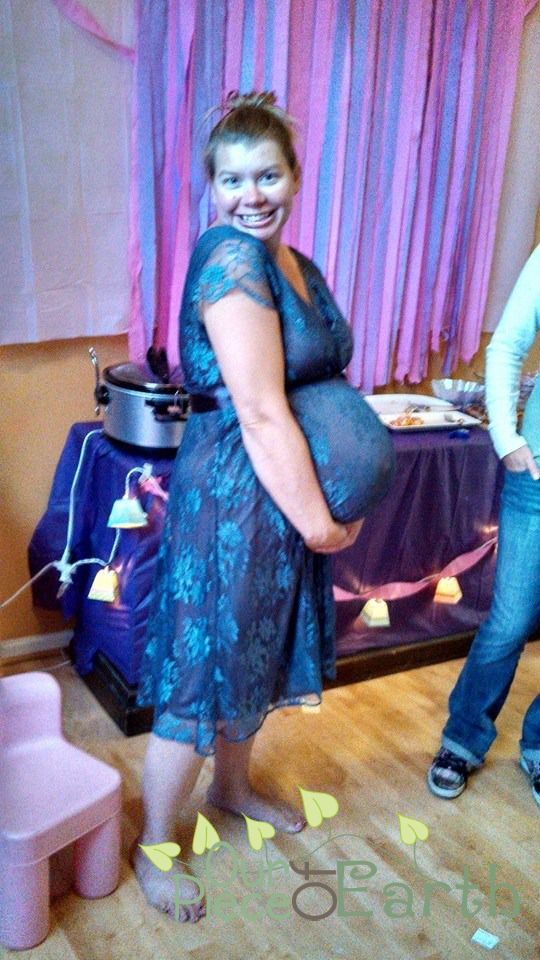 Then, because I lost a full day of getting reader for the party, I had a ton of stuff to do.  Seriously, hadn’t even gone to the grocery store yet.  So, I spent all morning Saturday getting ready for the party.  Part of me wanted to cry, but most of me realized that I could only do what I could do and it would turn out fine either way.  The party turned out amazing, so all was well.

Other than the hospital snafu, I’m still feeling pretty good.  I’ve still been playing softball, even though I don’t feel like I’m doing much for my team, especially when I’m suddenly hitting horribly.

On another note, Charlie has this tiny baby doll that he is very attached to right now.  He has been taking good care of it and I think that he is going to do great with the new baby.  I had been concerned that he would be rough and tumble, and while I’m sure he still will be, he knows we are gentle with babies and has been so sweet to watch with his baby dolls.

We have the new carseat I had wanted.  Our old one was tough to adjust the harness straps on each time the baby was buckled in.  We have some new newborn cloth diapers that have come in the mail in the last week or two.  I have everything I need…..except a name in the event it is a boy.

So spam me with baby boy names.  If it is a girl, we are set.  If it’s a boy, pretty sure the baby will never have a name!  I like old fashioned names, and would like a name that ends like Maggie or Charlie, but that may not happen.