Holy smokes!  I just realized that this is the last week in the 2nd trimester.  You know, when I found out I was pregnant, I was way off on the due date that I thought I had.  I thought that somehow I was 16 weeks pregnant and was totally shocked that I was just finding out.  Then, I had the dating ultrasound and it turned out we were only 8 weeks and a few days.  Hmm.  That sure changed things!  And made the first trimester in which I was constantly nauseous, seem to last forever!  Then suddenly I made it to the second trimester and it is just flying by! 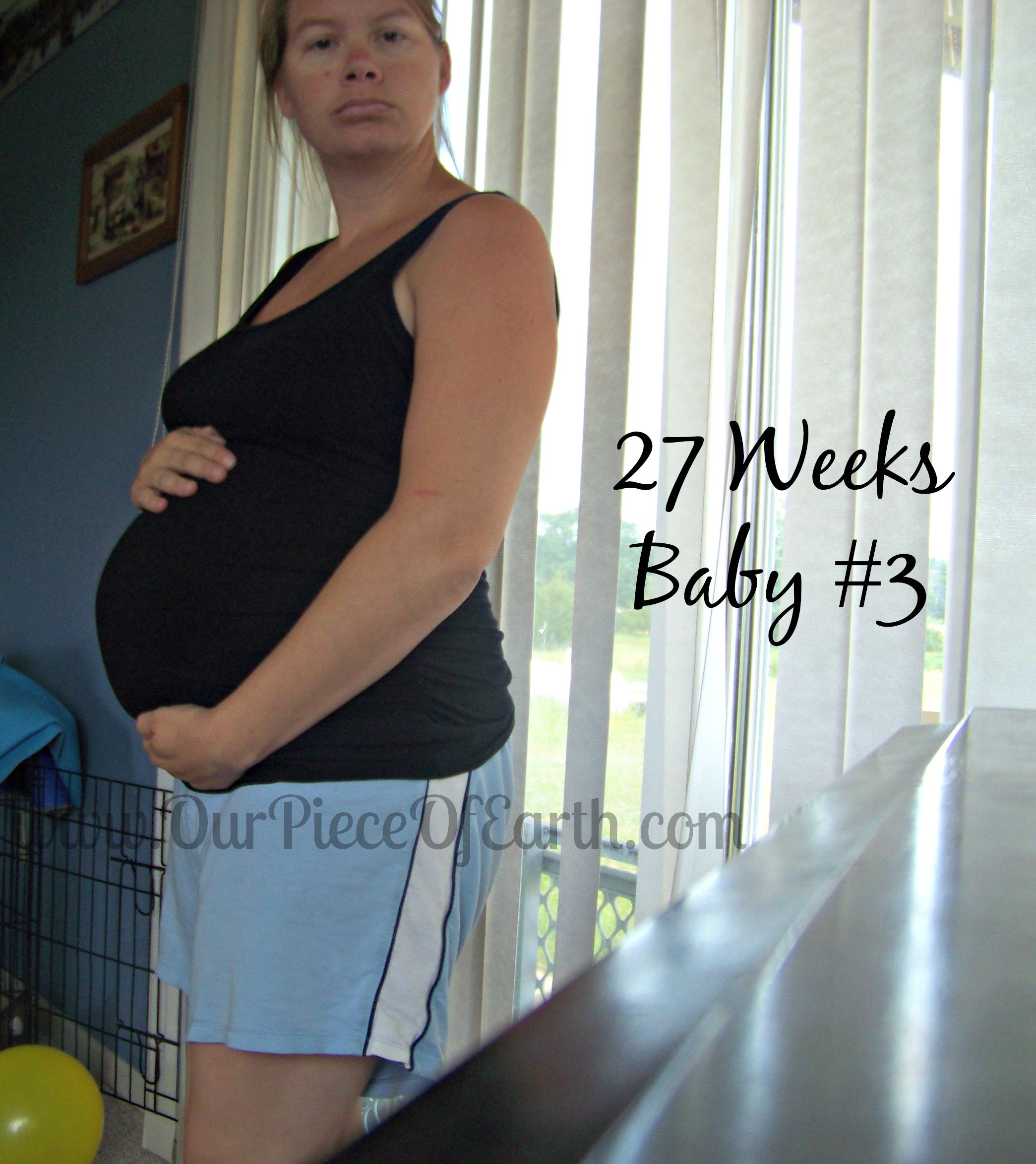 I don’t have much to say about this last week.  I just signed up for fall ball, so I will be playing ball until September or October whenever the season ends….or when it starts to be uncomfortable or hurt or, in the event there is something else that comes up that causes me to stop.  I love my doctor because she is alright with it and encourages the physical activity as long as there are no problems.

I’ve been feeling pretty great lately, although my hip has been hurting a lot lately.  It’s kind of annoying, but if that is the worst of it, I will take it.  One of my boobs has gotten a lot larger.  Only one.  I feel quite lopsided!

Baby is cruising right along now, at about 14 inches and over 2 pounds.  Baby may even be able to recognize my voice now, and I’m sure those of Maggie and Charlie!  Plus, baby has all of those taste buds developed now and may even react to certain foods.  What I know for sure is that this baby loves to move!  It feels like another Charlie in there, wiggle wiggle wiggle all day long!  It’s so sweet, and I love to watch the baby move some body part and watch it roll across my belly button.

On a side note, in the event the baby is a boy, I still have no idea what his name will be.  We should probably take some time and give it some thought!

Our day at A Maze’n Farmyard