Today was our 34 week appointment.  All is right with baby.  My iron was rechecked at my last appointment and it has gone up a whole point, so now it’s just a little low instead of crazy low.  Last night was amazing – the kids slept and I slept.  I am usually up a million times a night, but only woke up once in the 6 hours I was in bed last night.  That never happens!

{I set the timer to take a picture but it went off early.  This is what I got}

My belly is sticking pretty far out and I cannot believe I only have 5 1/2 weeks before the baby is due!  Can you believe it?  I have a lot of Braxton Hicks contractions.  That’s been going on for a few months at least.  I’m not sure if I mentioned it, but I didn’t realize I was having them during Charlie’s pregnancy until some point in this pregnancy when I realized that’s what I was feeling.  You would assume that by my 3rd pregnancy, I would just know, but that isn’t what happened.  It took 3 pregnancies to figure it out, haha.  Anyways, my stomach basically does a lot of contorting throughout the day as baby makes it change shape regularly.  Baby is still head down which makes me happy! 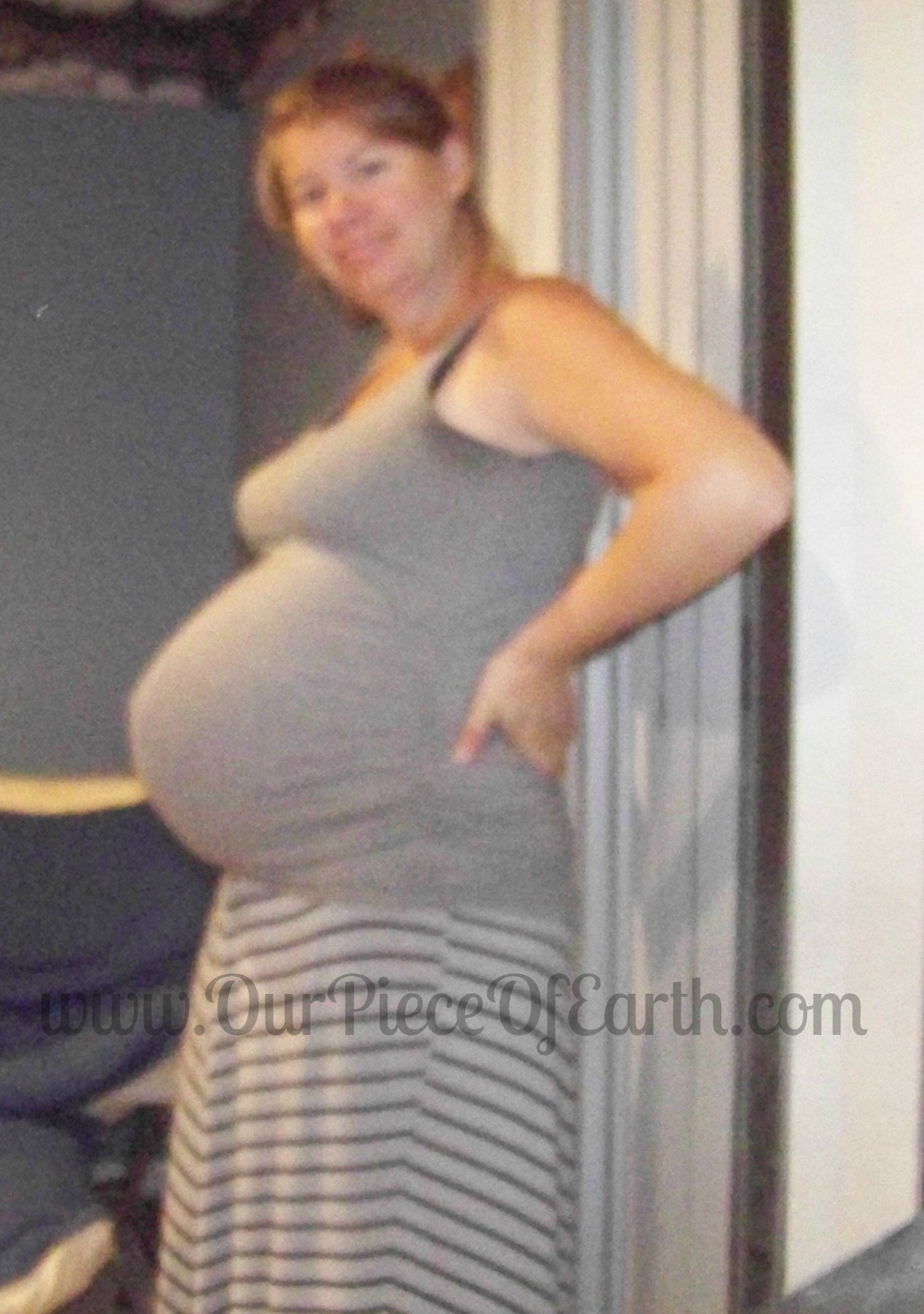 My heartburn is still awful, hideous, and really sucks.  Probably having something to do with that, I have only gained 3 pounds this pregnancy.

There really isn’t much of anything that I absolutely need for this baby.  But, there was one thing I have been wanting to get – a new infant seat.  My sister bought me mine for my baby shower and there isn’t anything wrong with it.  The only thing I didn’t like was that it was very hard to tighten.  It was almost like I had to rethread the straps partway to tighten or loosen the straps.  I didn’t mind with Maggie, probably because I didn’t know the difference, but with Charlie, it became frustrating but I still didn’t know any better.  Then I saw a friends carseat with a one pull tighten strap and I realized how much more work I was doing!  Anyways, I will be reviewing the Combi Shuttle and it arrived on Wednesday.  I am in love!  {But still be sure to read my full review to find out why}.  To top it off, I got my first newborn cloth diaper for review as well this week – SmartBottoms Born Smart.  Now I am so excited!!!  I had been thinking these last 6 weeks would fly by…now I’m thinking they may drag just a bit!  Haha.