*Disclosure:  I received the product mentioned for the purpose of this review.  No other compensation was received.  All opinions are 100% my own.* 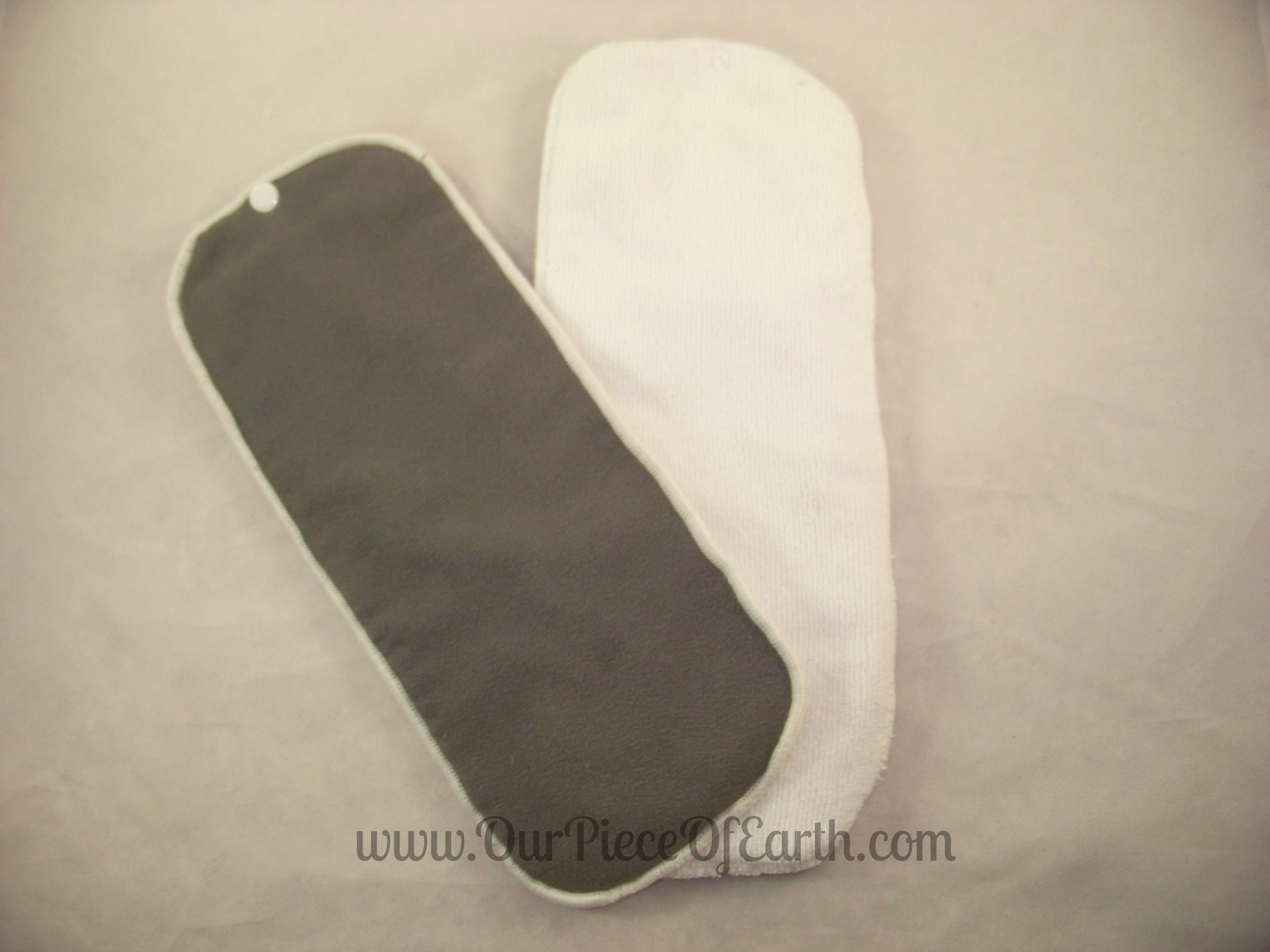 Charcoal bamboo is created during a heating process, in which it is burned at over 1000 degrees Celcius, and then cutting off the oxygen supply.  Water and volatile organic compounds are then removed, leaving mainly carbon and removing animal or plant matter.

The result is a nanopartical bamboo charcoal powder.  From there, it is spun into an organic bamboo fabric that can be used for many different things.  Each nanometer = 1 billionth of a meter, meaning it has amazing absorption abilities!

Charcoal bamboo acts similar to carbon in a filtration system.  Activated particles can bind to organic waste to help remove it.  What does that mean?  Your cloth diapers will be cleaner and help protect against rashes.

Bamboo Charcoal has some incredible properties worth noting, including being hypoallergenic, anti-bacterial, and naturally deodorizing.  It offers all of this in addition to be ultra absorbent and being organic. 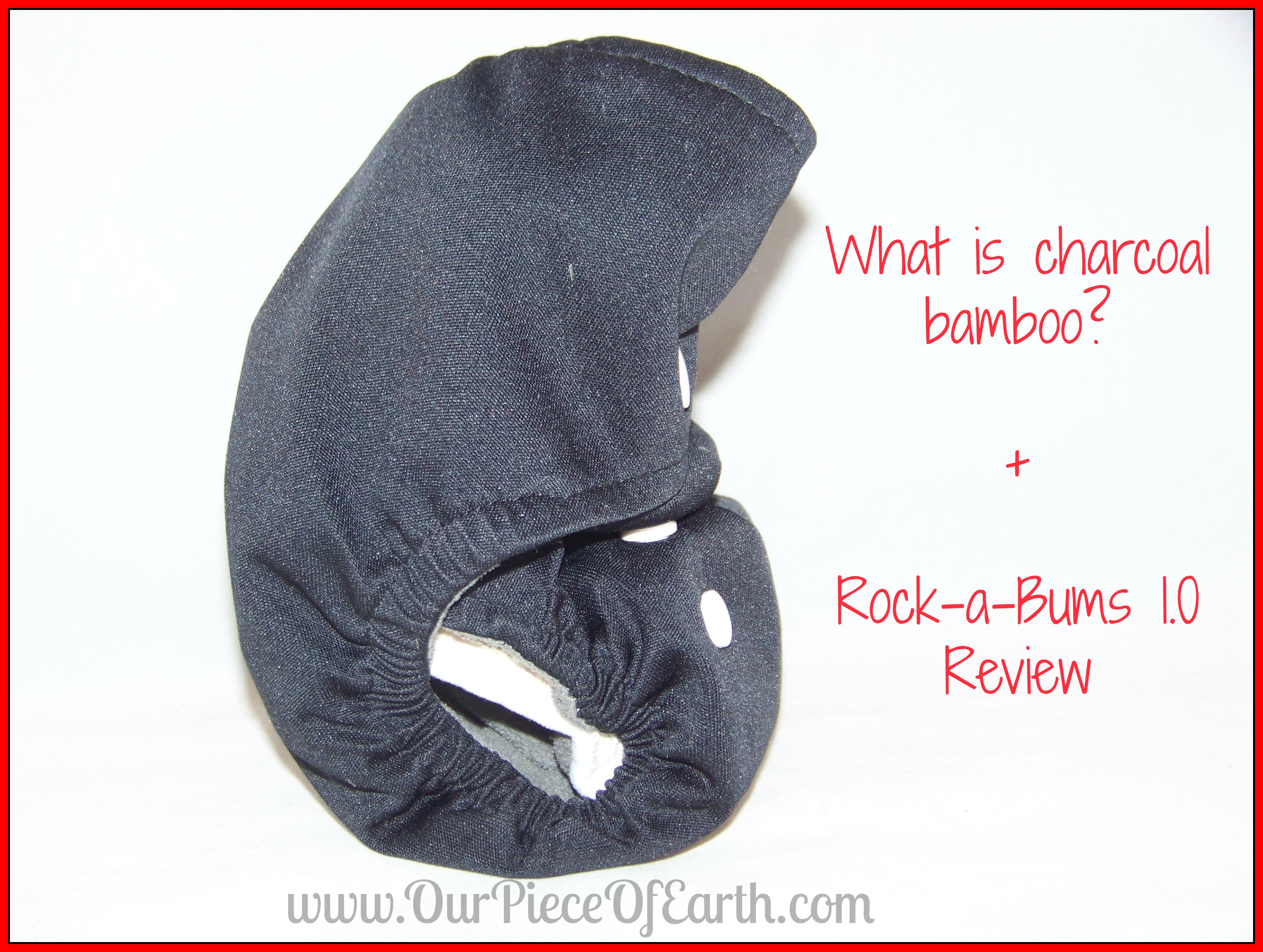 Rock-a-Bums are a 5 in 1 diaper, meeting the needs of just about any diapering family.  It can be used as an all in one, all in two, pocket, hybrid, or a cover.  I have also used it as a swim diaper as well.  Before we go into how to use it as each diaper style, let’s talk about the diaper a bit.

The front of the diaper has a double row of snaps across the front, one row with 10 snaps, and one row with 8 snaps, allowing the diaper to be adjusted to your child’s waist.  Each wing has 3 snaps, including a hip snap to prevent wing droop, with a double crossover snap to fit very small waisted babies. 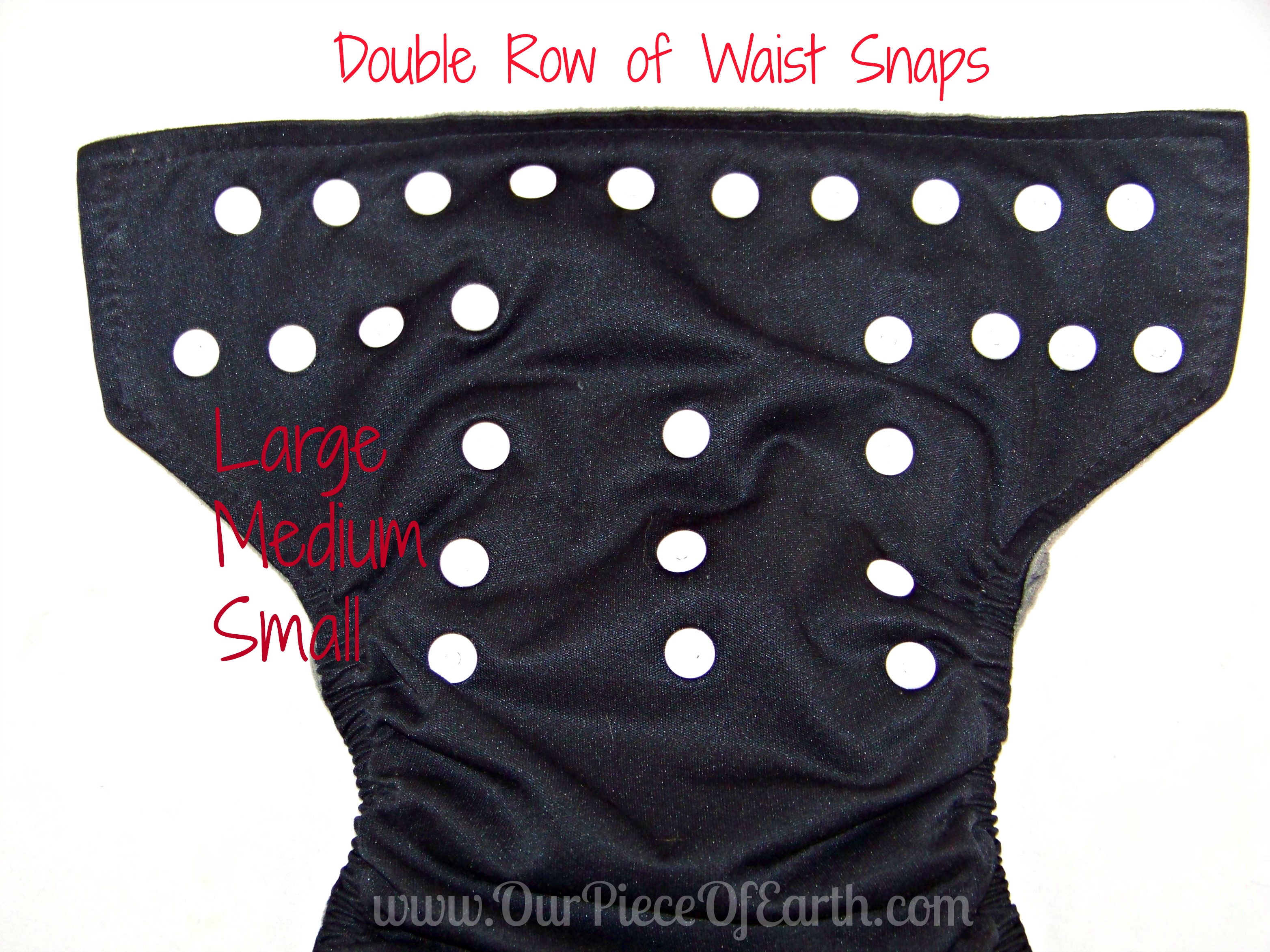 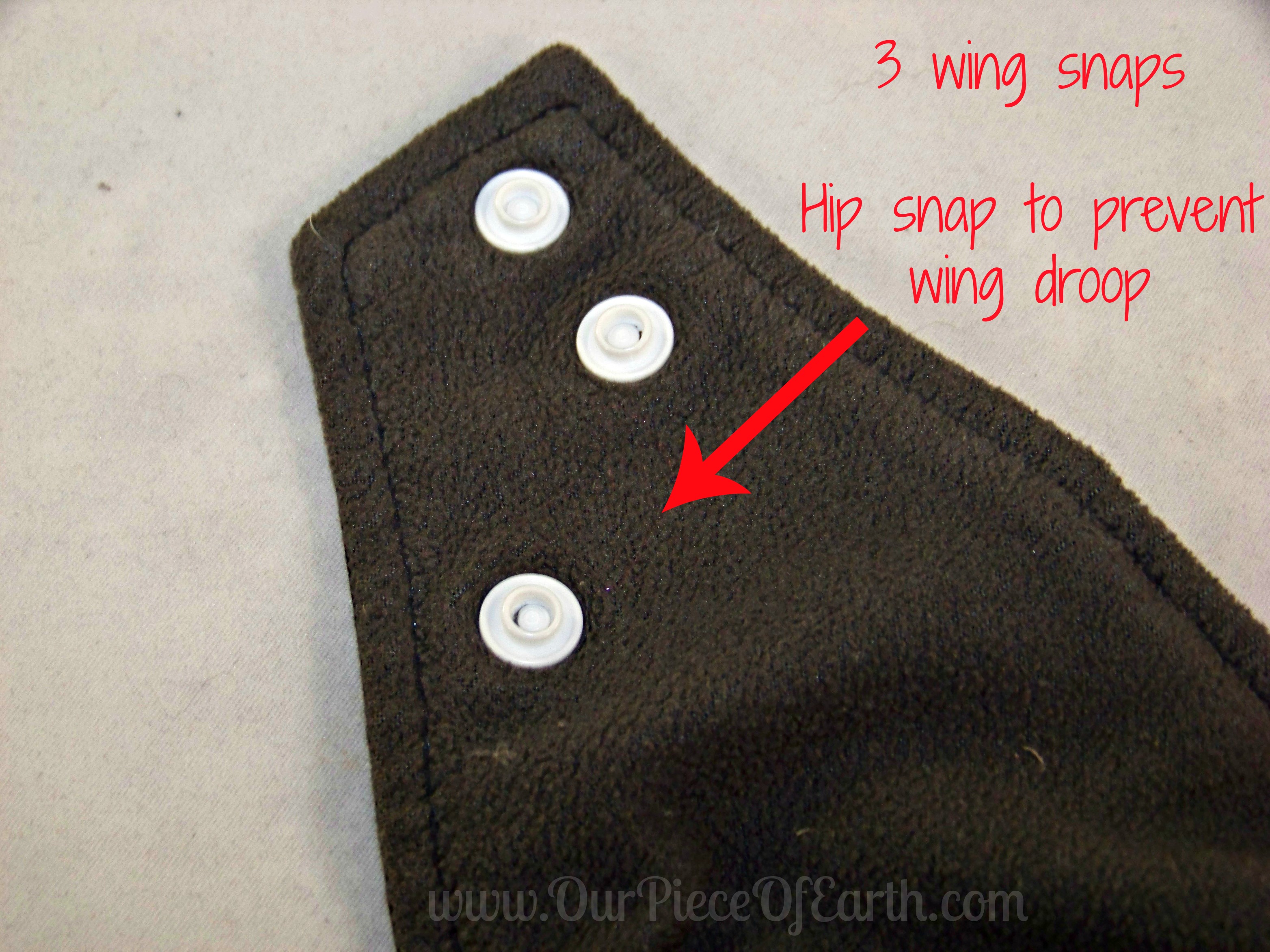 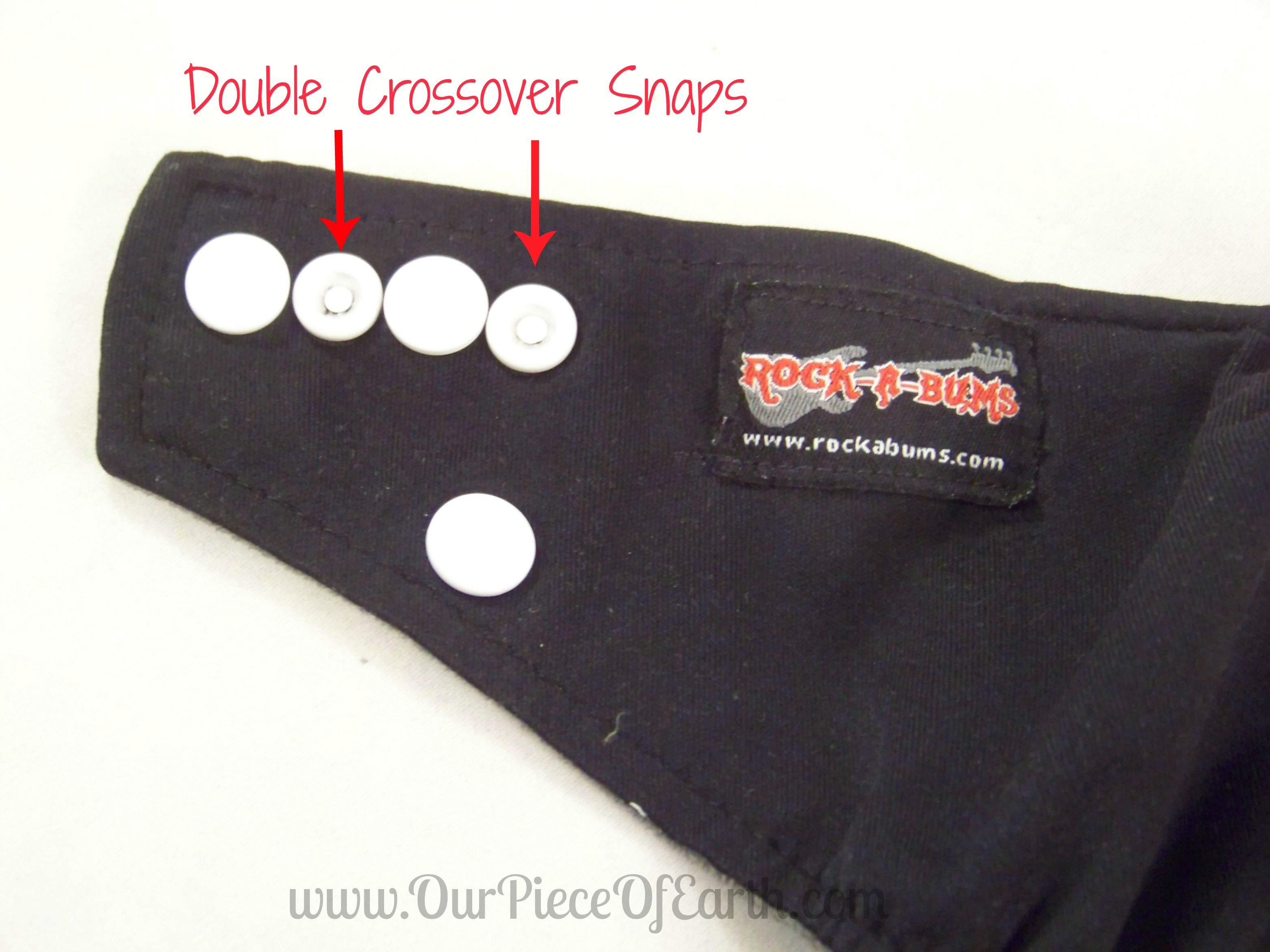 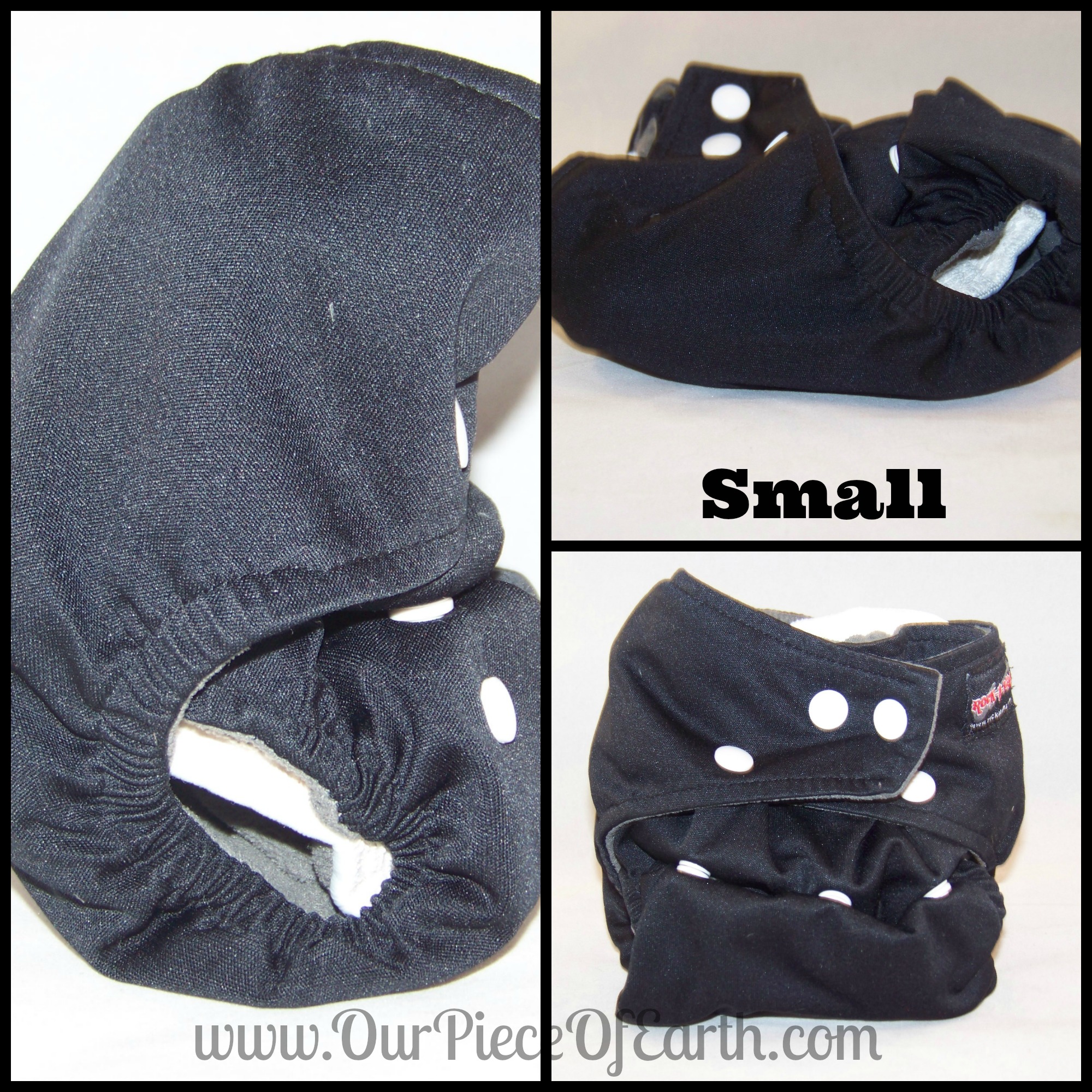 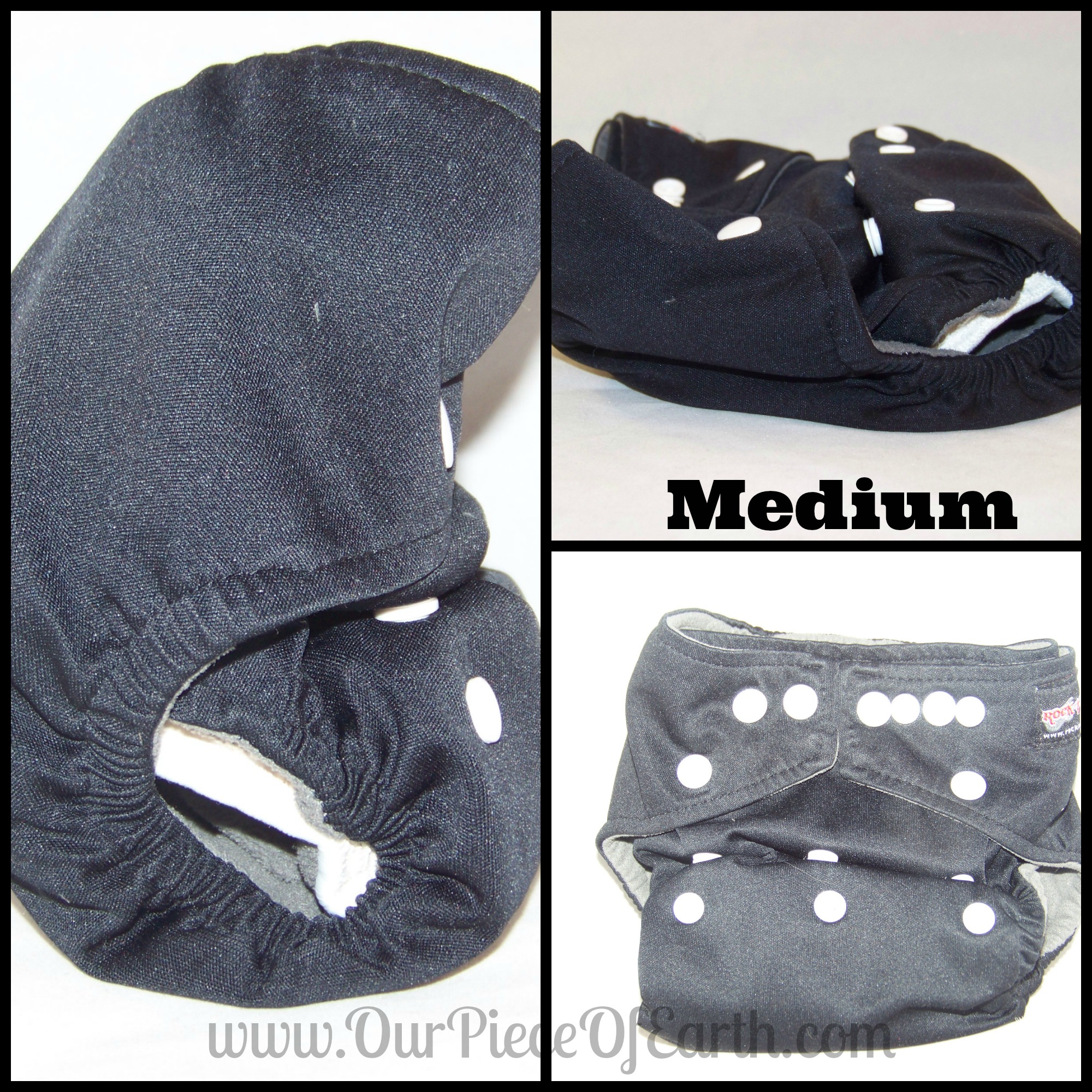 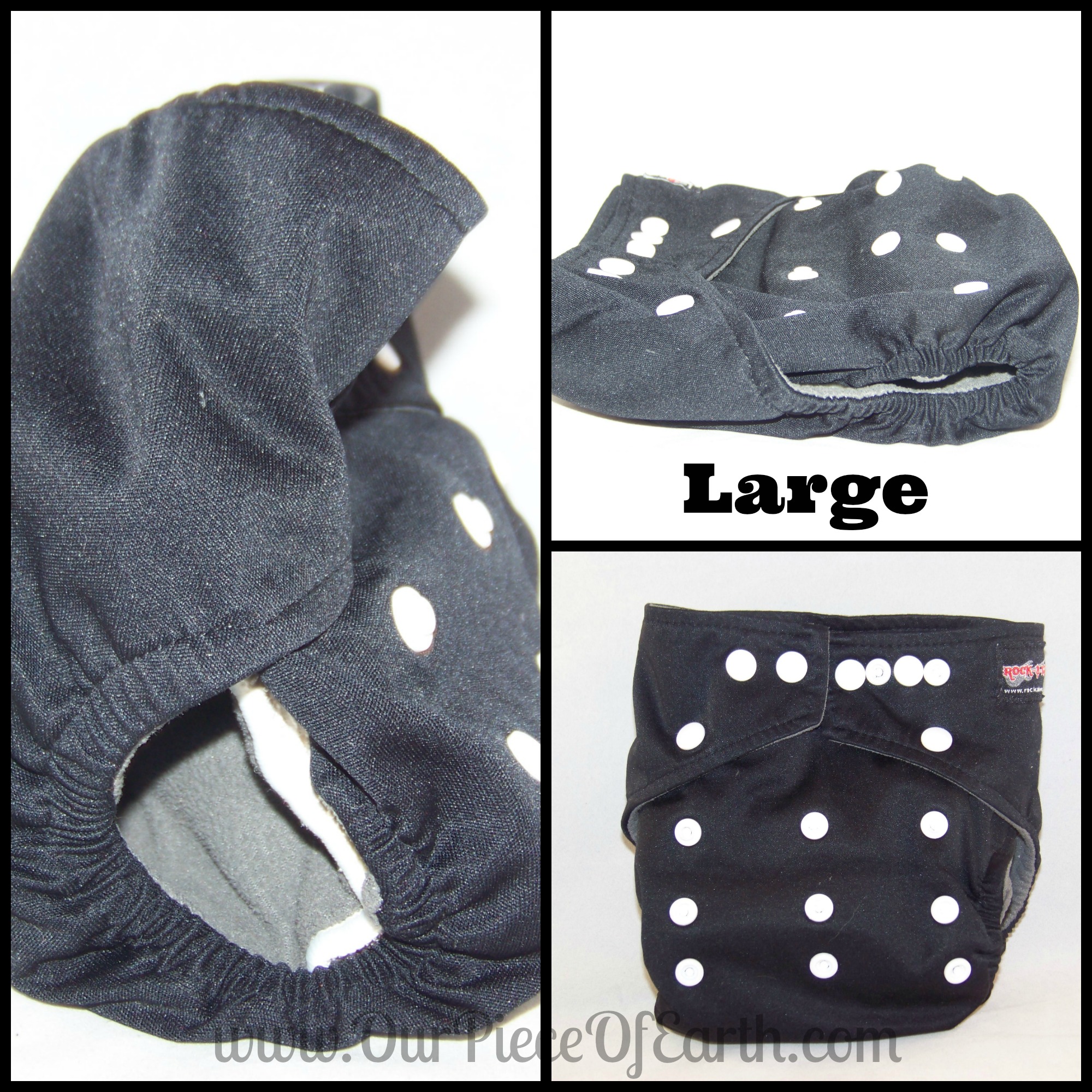 There is elastic around the legs and the back of the diaper, allowing for a comfortable, flexible fit that stays snug on baby and keeps the messes inside where they belong.

There is an opening at the back of the diaper where an insert can be snapped in.  More about this in just a minute as we discuss how to use the diaper. 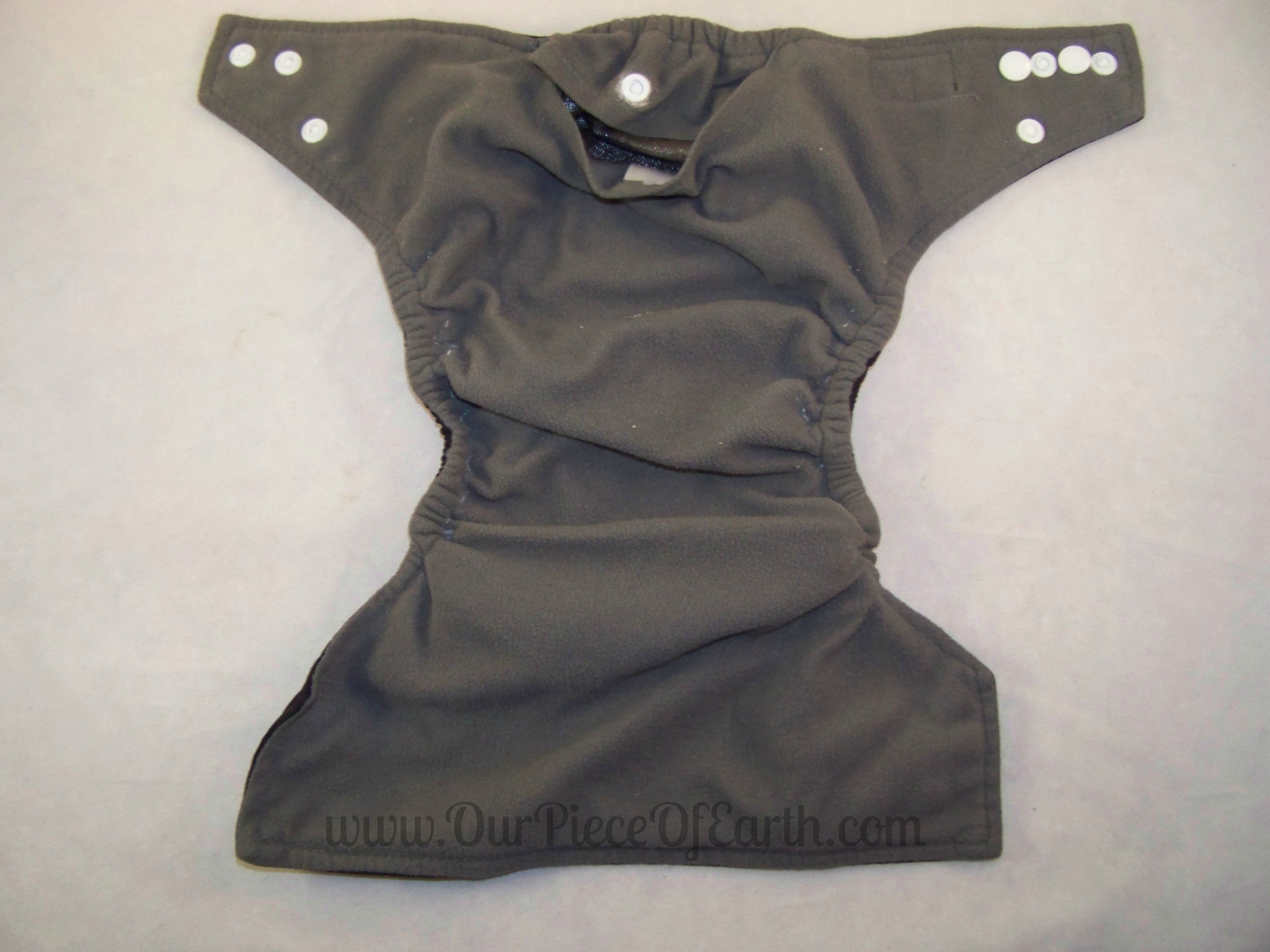 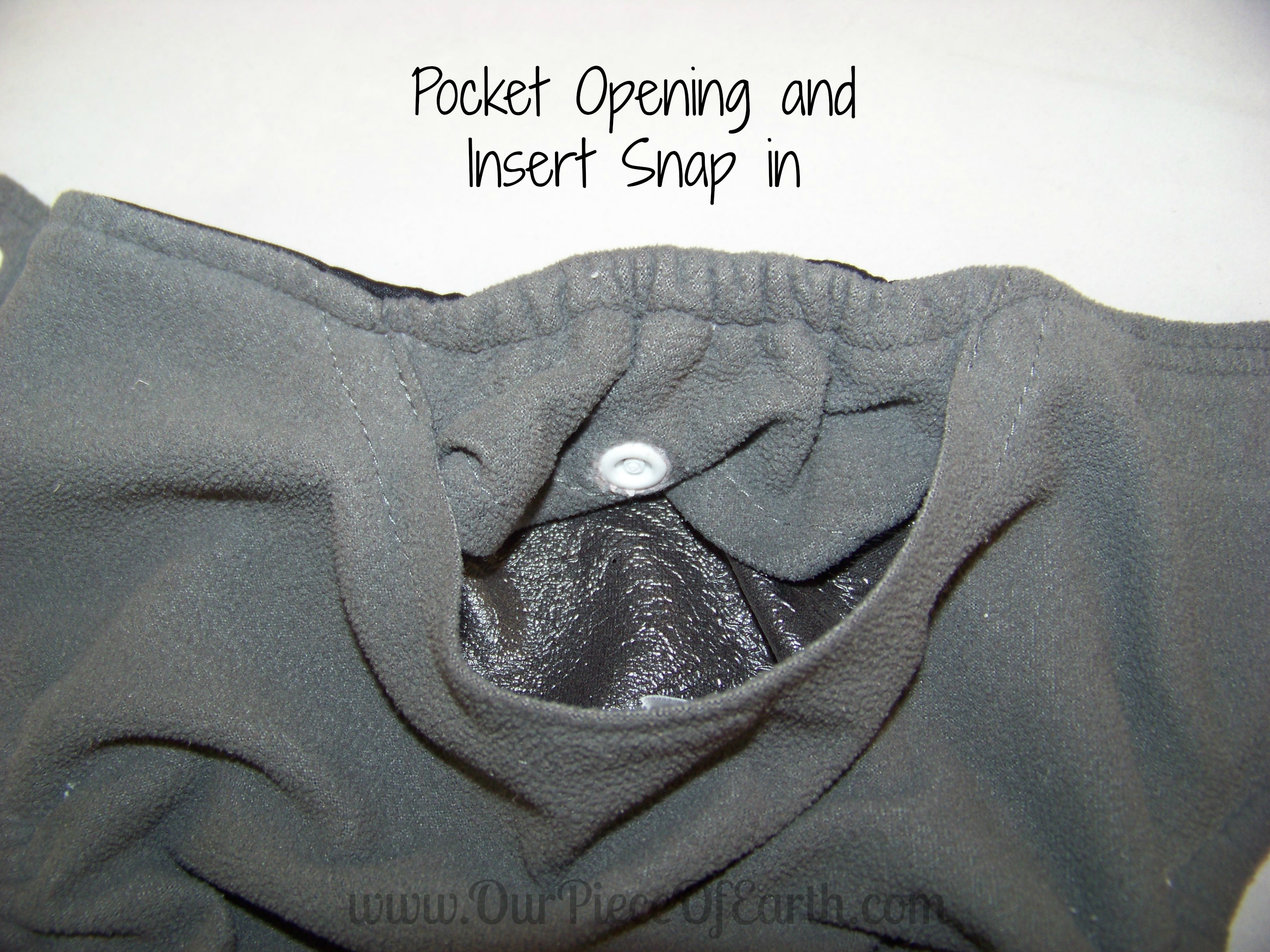 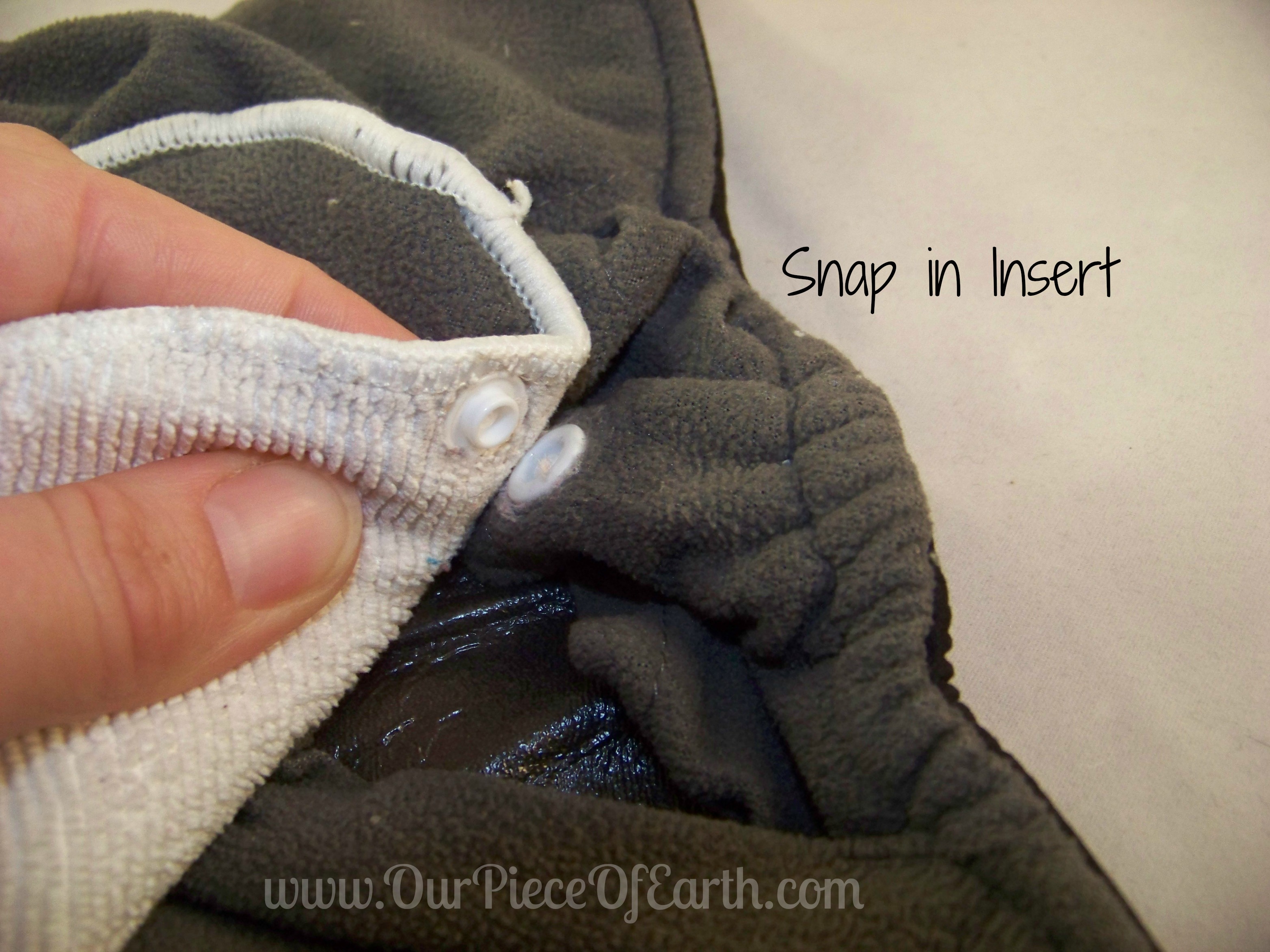 Rock-a-Bums 1.0 comes with a diaper shell and 2 inserts. 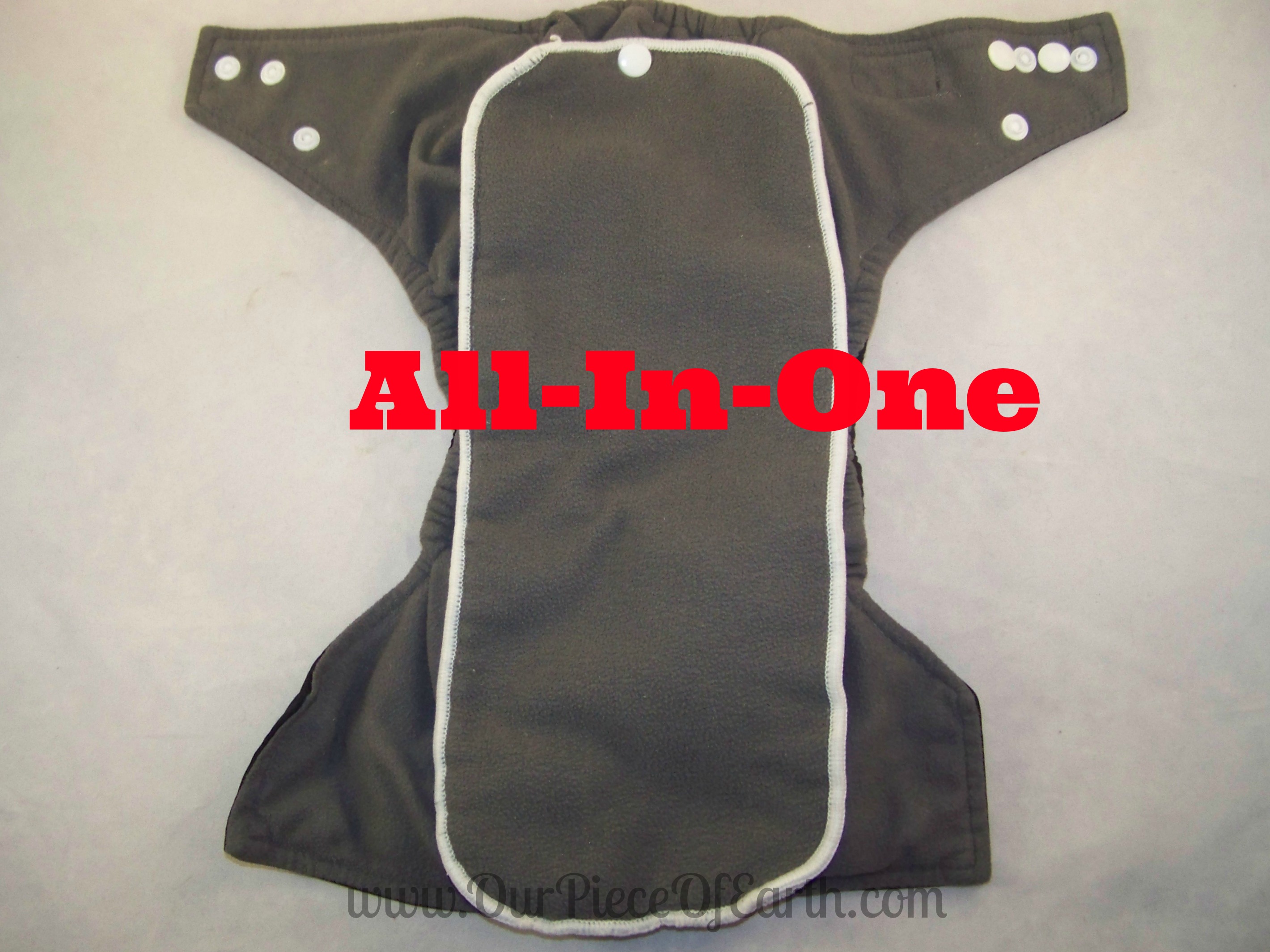 To use this diaper as an AIO, you can only use one insert.  Snap the insert to the back of the diaper.  Place it on baby.  Easy peasy.  When soiled, toss in the wet bag just like that.  No need to unsnap.  Insert will stay attached during the wash, and because of how it is attached, it will dry quickly. 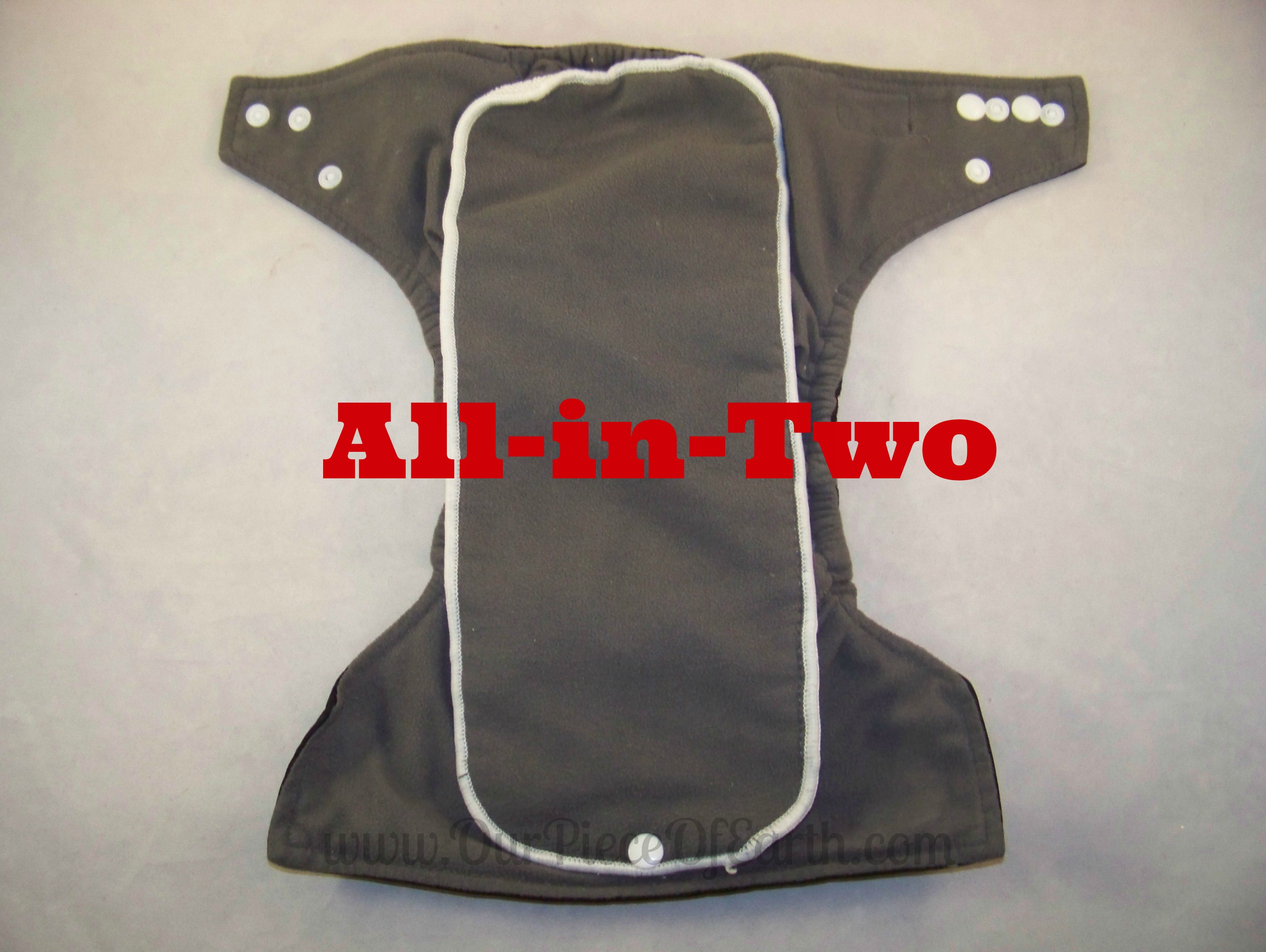 To use this diaper as an AI2, simply lay the insert into the cover without snapping it to the diaper.  Place it on baby.  When soiled, toss it in the wet bag just like that.  After washing, when it’s time to use it again, find the inserts and lay them in it again. 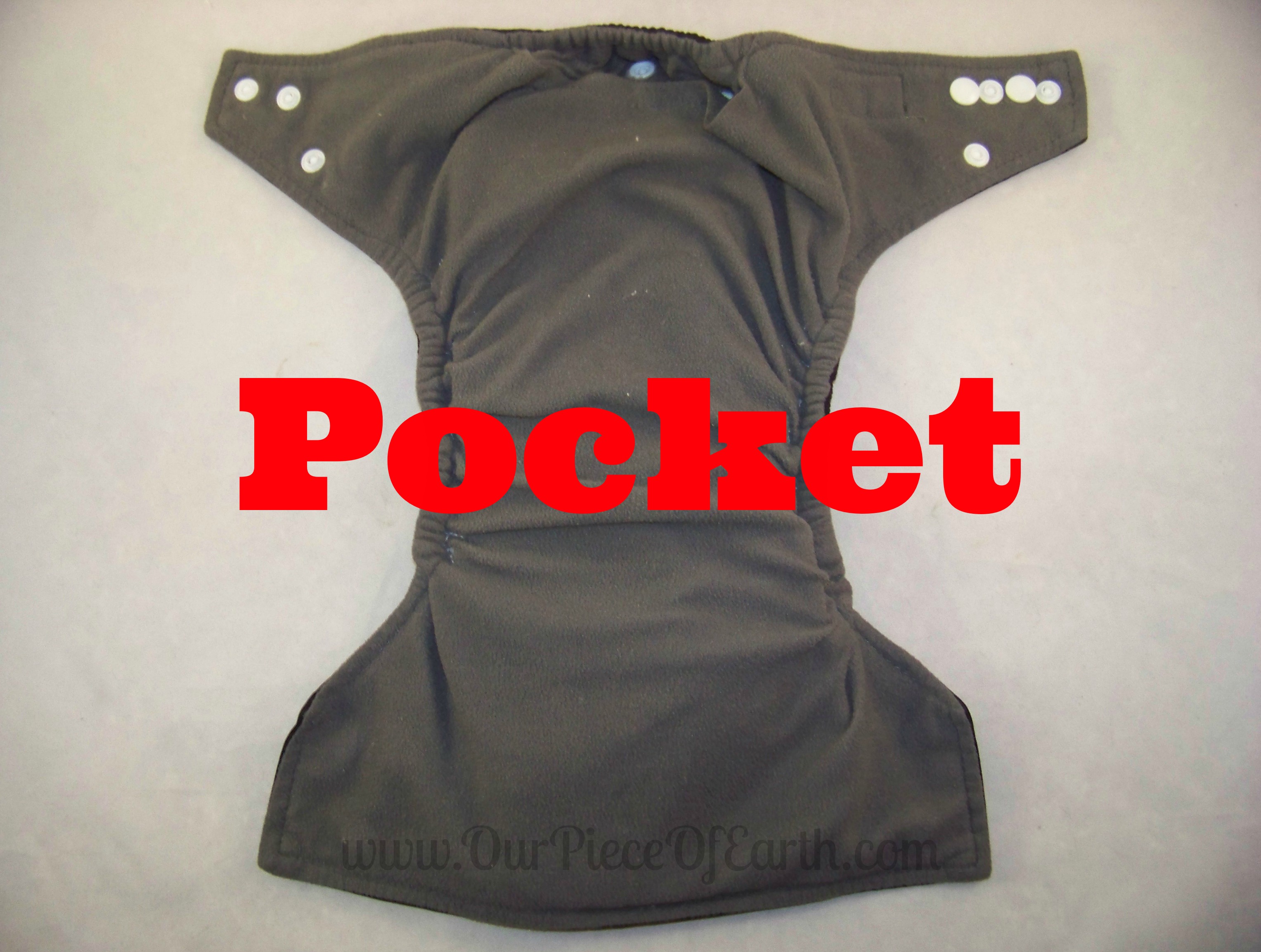 To use as a diaper cover, place bombshell cover over a disposable diaper.  Can also be used over prefolds, flats, or possibly over a fitted diaper as well.  When baby has wet, simply change out whatever you had been using as an insert.  If the shell is wet or soiled, wash it as well.  If it is still dry, you can use it again.

Rock-a-Bums will be carrying disposable inserts that can be used, either as an all in two, or as a pocket inside of the bombshell cover.  After each use, wash the shell.

I have also used this as a swim diaper at the lake, not in chlorine water. 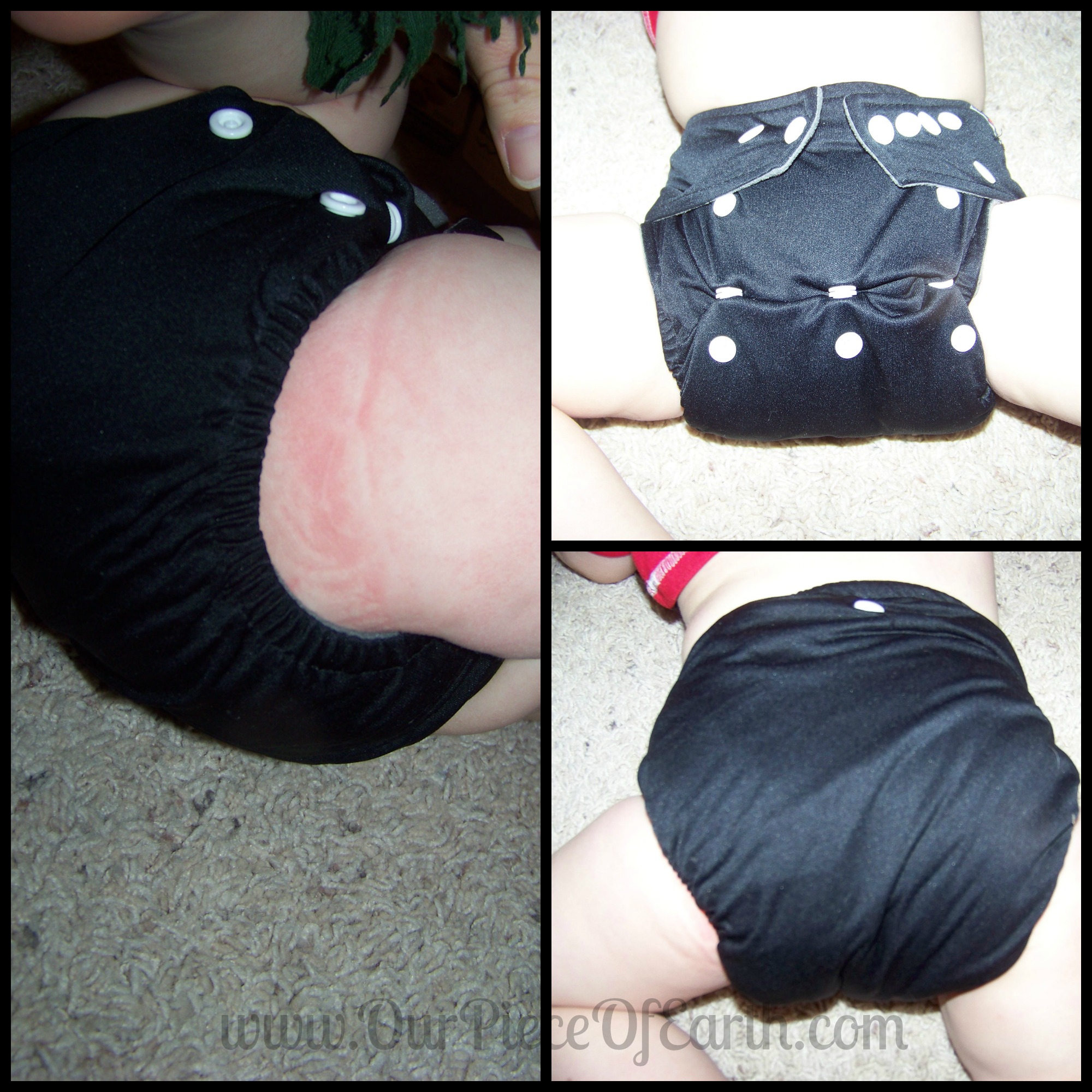 We have only used this diaper during the day, as an AIO, AI2, and as a pocket diaper.  We haven’t had any leaks, using either one or both inserts.  The first time John used this diaper, he commented on how much he liked it because it was easy to use.  I do wish this diaper were available in more colors, but I love the snap combinations.  There will be prints available in the future as well. 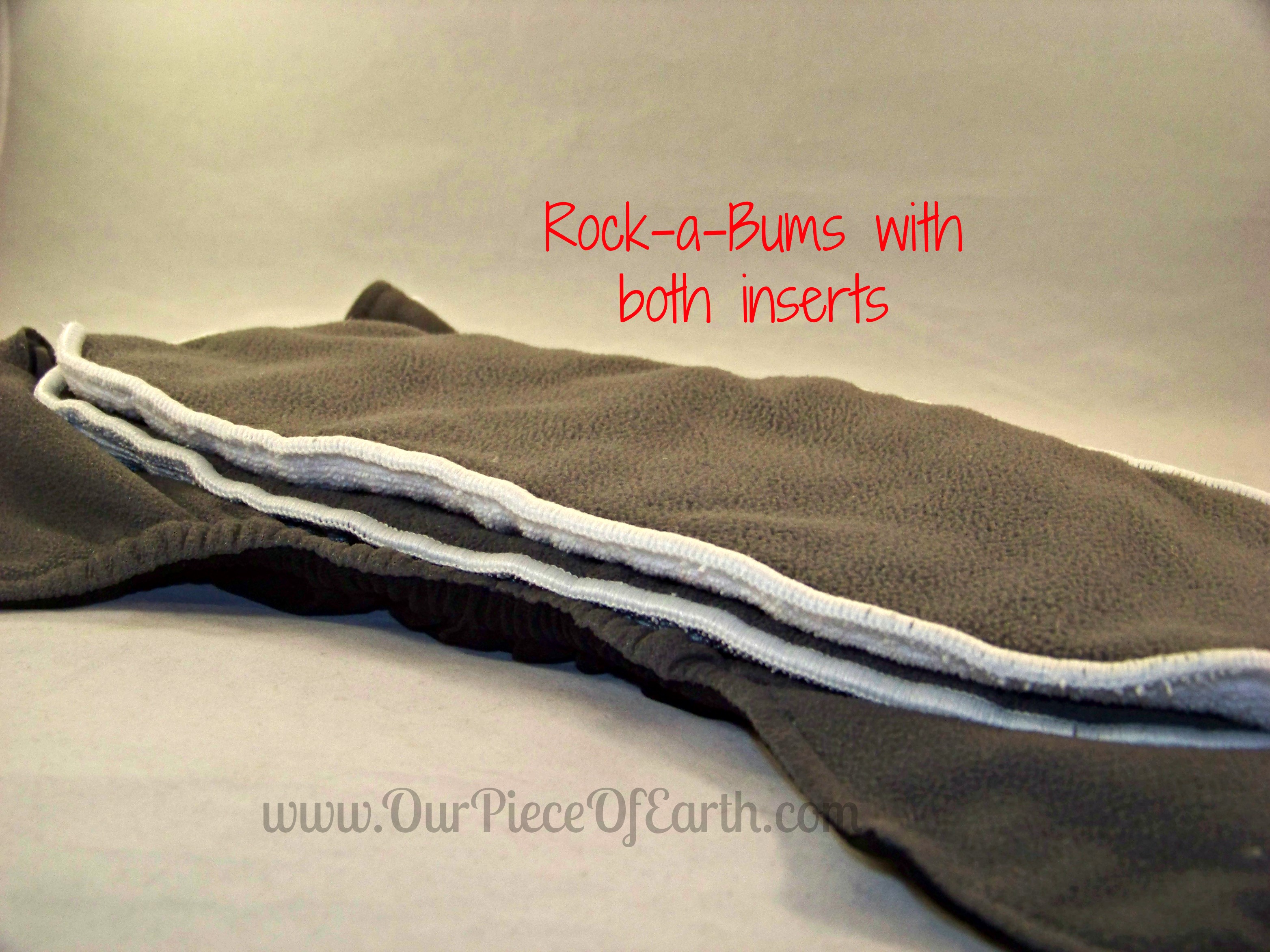 *Disclosure:  I received the above mentioned product for the purpose of this review.  No other compensation was provided.  All thoughts and opinions are 100% my own and only influenced by my experience with the product and company.*

Tags:AI2, All in one, cover, hybrid, pocket, swim diaper