A few years ago we found a Santa Suit at a garage sale and picked it up for Charlie.  It is so stinking adorable and he’s definitely my favorite Santa.  Maggie has this gorgeous Christmas dress that could absolutely pass for Mrs. Clause.  I sat thinking about them and realized I wanted something for Henry and not only that, but I wanted to have their pictures taken.  I saw an adorable Elf Costume that I knew would be perfect. 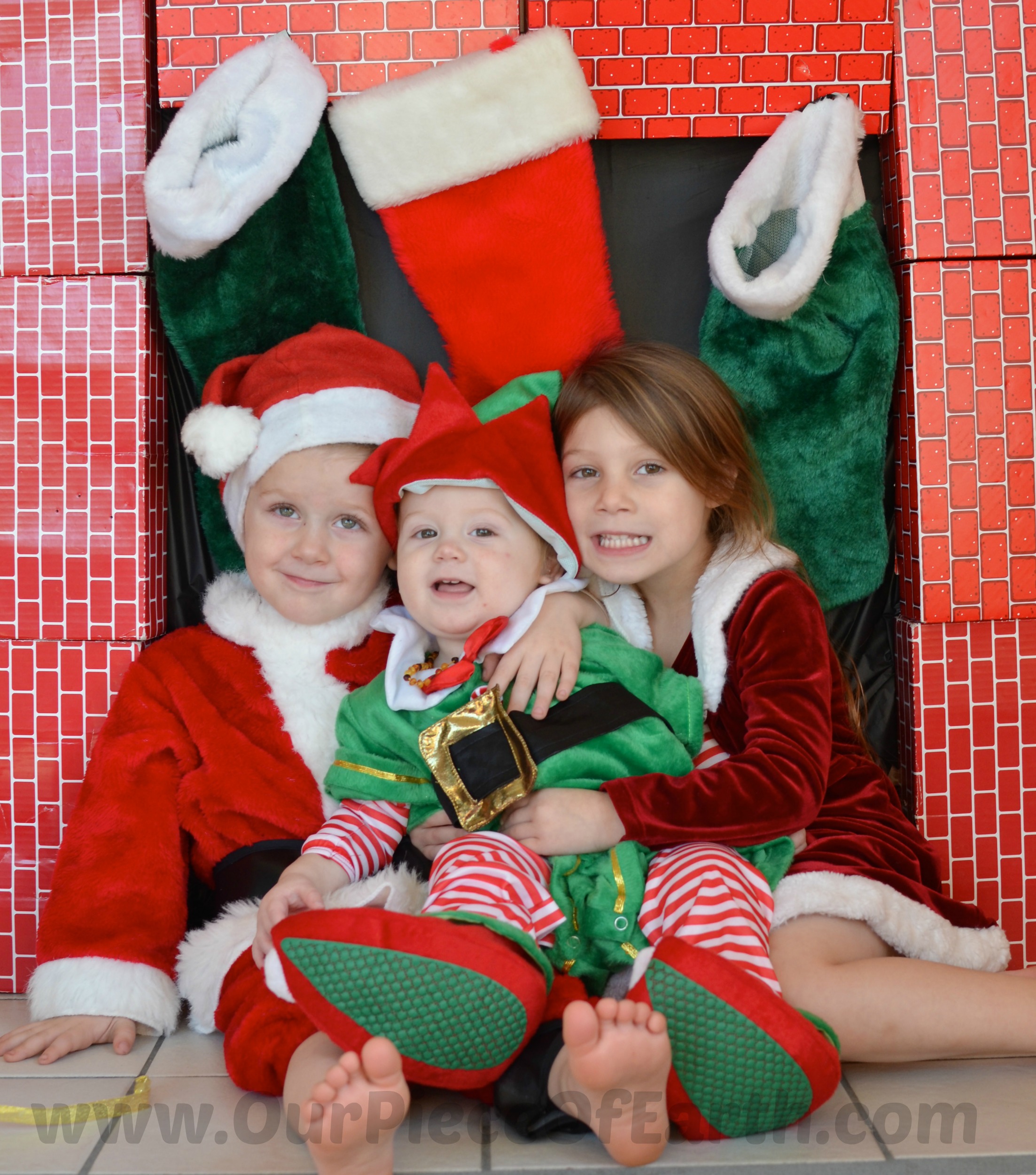 I made a last minute call to my photographer and  asked her to come take some pictures of the kids.  I borrowed some red cardboard bricks and got to work.  We have a fireplace but it’s not like a traditional fireplace and we have no mantle.  I used the red cardboard bricks and taped them to the wall to make a fireplace.  I taped a black tablecloth behind it to look like the fireplace.  Getting the kids to all want to get dressed and have their pictures taken was a whole different ball game.  We had had a late night and they were tired so they weren’t cooperative but we made it work. 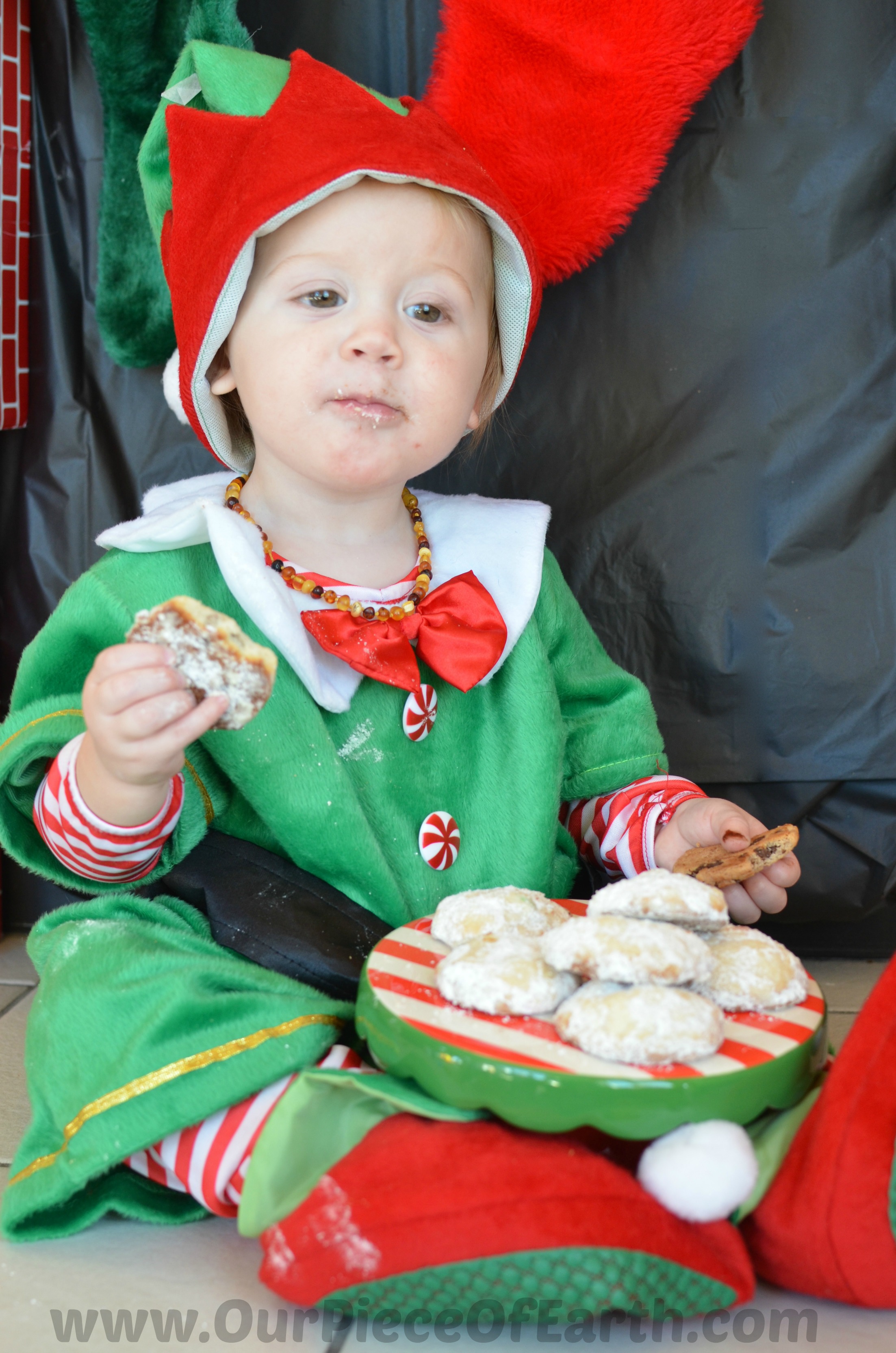 When we received the Elf Costume for review, I {of course} had to rip it open and put it on Henry immediately.  Yeah, it was about a bazillion times cuter than I imagined it would be.  The body suit is actually two separate pieces.  The red and white striped outfit is thin and goes on first.  Then the green bodysuit piece goes over the top of the striped piece.  Top it off with adorable booties, complete with curled toes and a pom pom and finish with an elf hat and your little one is all set to bring Christmas joy.  The detail on the little things adds the finishing touches to the elf costume with adorable striped buttons and a bow tie.

Now, if you have ever tried to get a 13 month old to just sit still for adorable pictures, you know where I’m coming from when I saw that it wasn’t going well.  Since I had picked up a cute little cake platter for $3.00 the other day, I decided to put some cookies on it and set it down with the kids.  It worked and we got two of them to sit for pictures.  They were having a fabulous time eating all of the cookies. 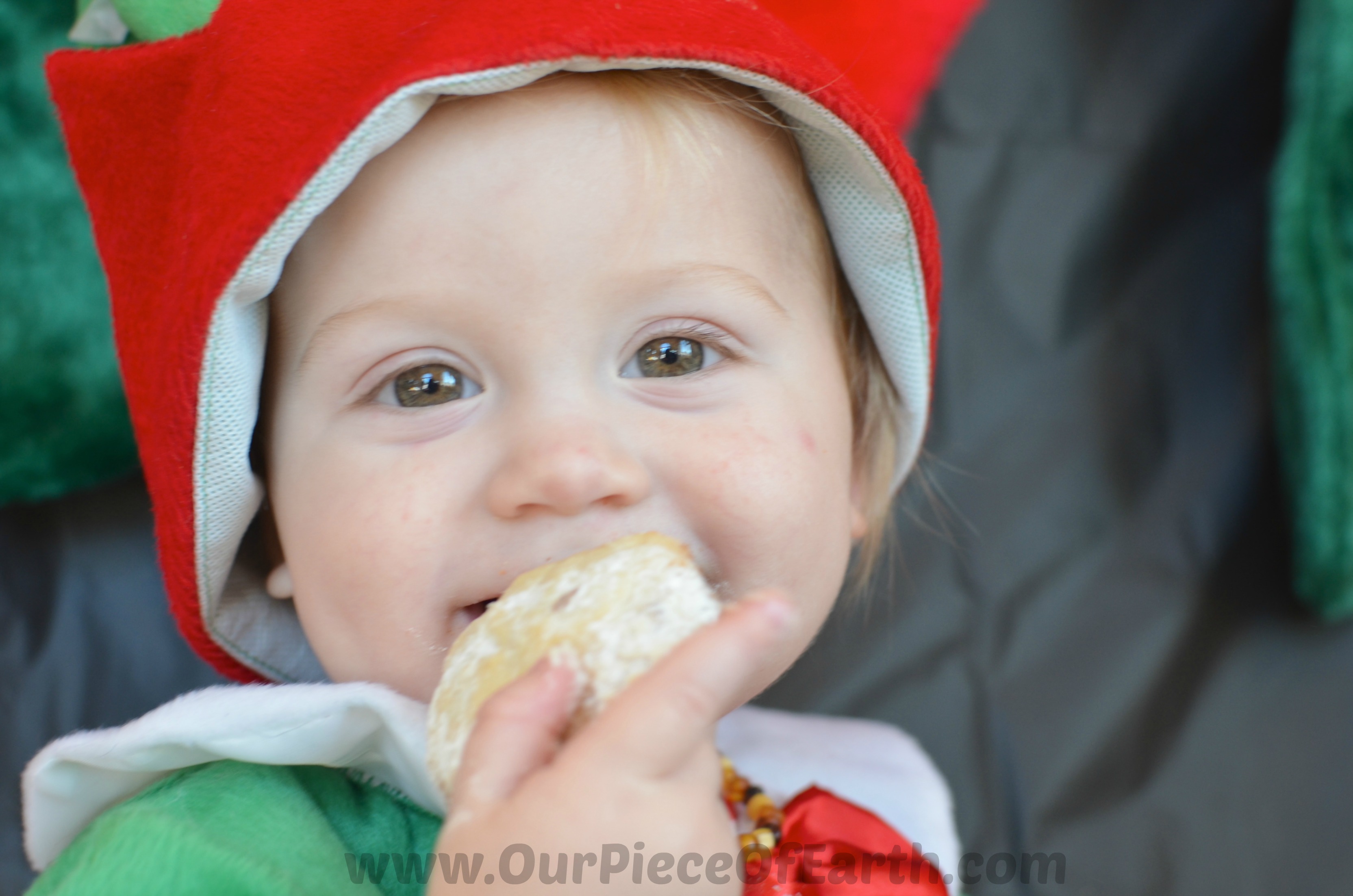 I STILL need to get our Christmas cards ordered for this year and now that I have our pictures back, I can get to the business of picking out my favorites and sending them out to friends and family.  You can pick up your holiday costumes at the Costume Supercenter.

***As a parent of three little kids, I have learned the importance of being able to do quick diaper changes.  Both the red and white striped bodysuit as well as the green bodysuit both have crotches that can be completely unsnapped.***

I’d love to hear how you do Christmas pictures.  Will you be dressing up one of the littles in an elf costume this year?

Do it Yourself Photo Canvas + FREE Coloring Sheets