I’ve had many messages, emails and lots of questions over the past few years about elimination communication.  Some people either don’t know anything about it or just want to know more about it.  I started elimination communication a bit with Maggie as a baby but didn’t really know what I was doing.  I decided that I would start with Charlie when he was a newborn.  I can’t remember exactly when we started, but he was really young, I think we started in the first week or two with him.  I had such great success with Charlie and by six months he was basically 100% using the potty.  I knew I would start right away with Henry, but when he was born, my body and brain were so exhausted because he was up from 8 at night until about 4:30 am that I had trouble functioning.  When we did get started, it went quite well.  It always amazes me that they have the ability to sort of hold their urine in until you hold them over the potty even at such a young age.  As long as I listen to Henry when he has to potty, he can stay dry all day.  For some reason, with the hustle and bustle at home, I am not always good at responding to his needs.  If we are out and about, even for the entire day, he is almost always dry all day long.  I really love EC because it eliminates any potty training struggles we may encounter as he gets older because he has always gone in the potty. 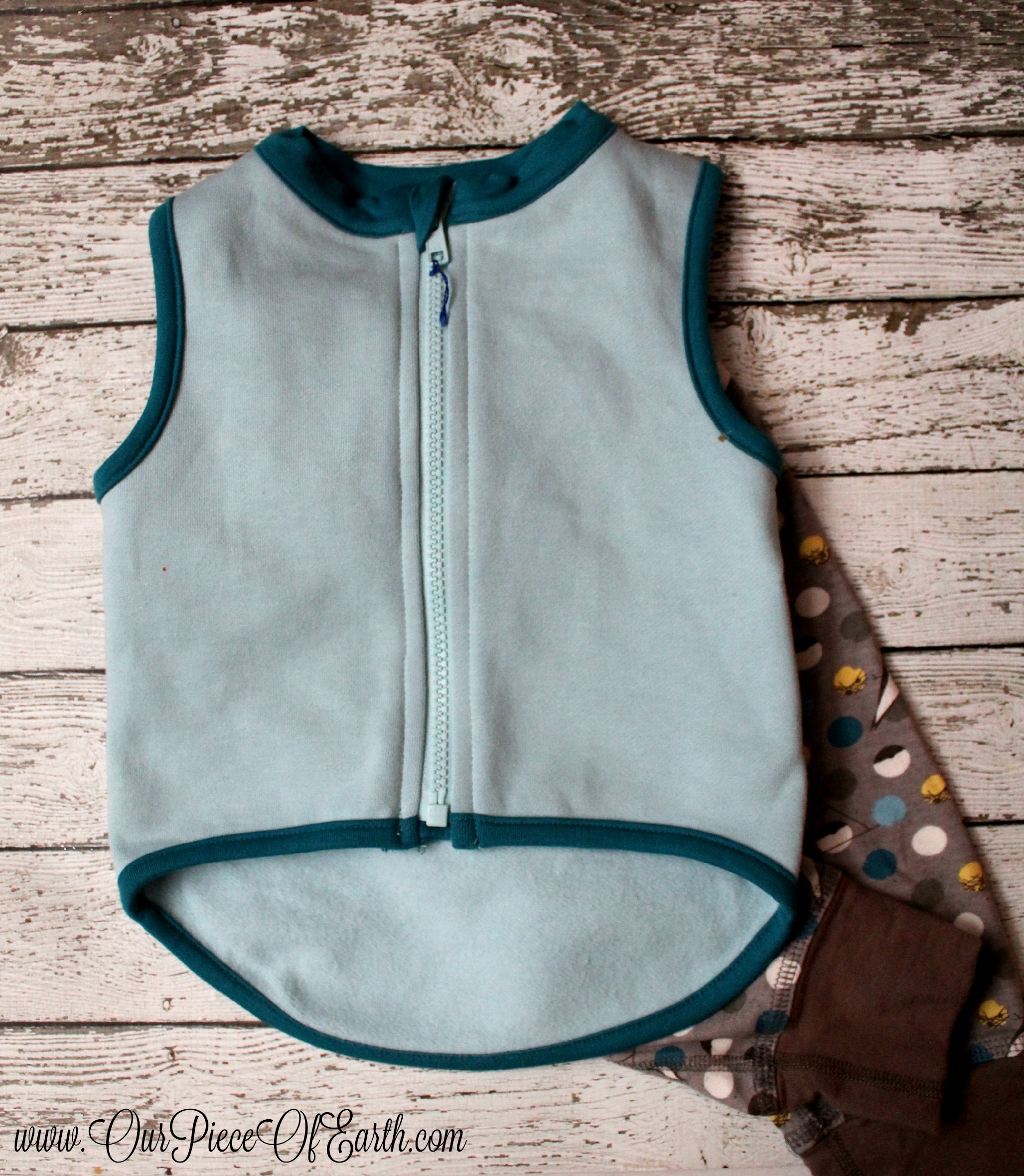 Here’s a fact about me.  I’m lazy – sort of.  Not like super lazy, but lazy as in, I don’t put pants on Henry most days unless we leave the house because we go into the potty so often and he hates laying still to let me put his clothes back on.  So he runs around half dressed most of the time.  It’s not an issue, but we do live in Minnesota and it’s getting cold out, it’s actually 22 degrees out which is really warm for this time of year here.  When I was approached by Linnéa, owner of M. W. Poplin, about reviewing their split pants and vest, I had to check them out.  In all honesty, I started giggling when I saw them but I also realized how brilliant this was because, remember, I’m sort of lazy.

You see, these split pants {or roam free pants} are designed with no crotch sewn in.  This allows for your baby to have diaper free time while staying warm and dressed.  If you are a parent practicing elimination communication with your child, these are great!  No more messing with pulling pants on and off your baby or toddler all day long.  Just hold them over the potty and they can go. 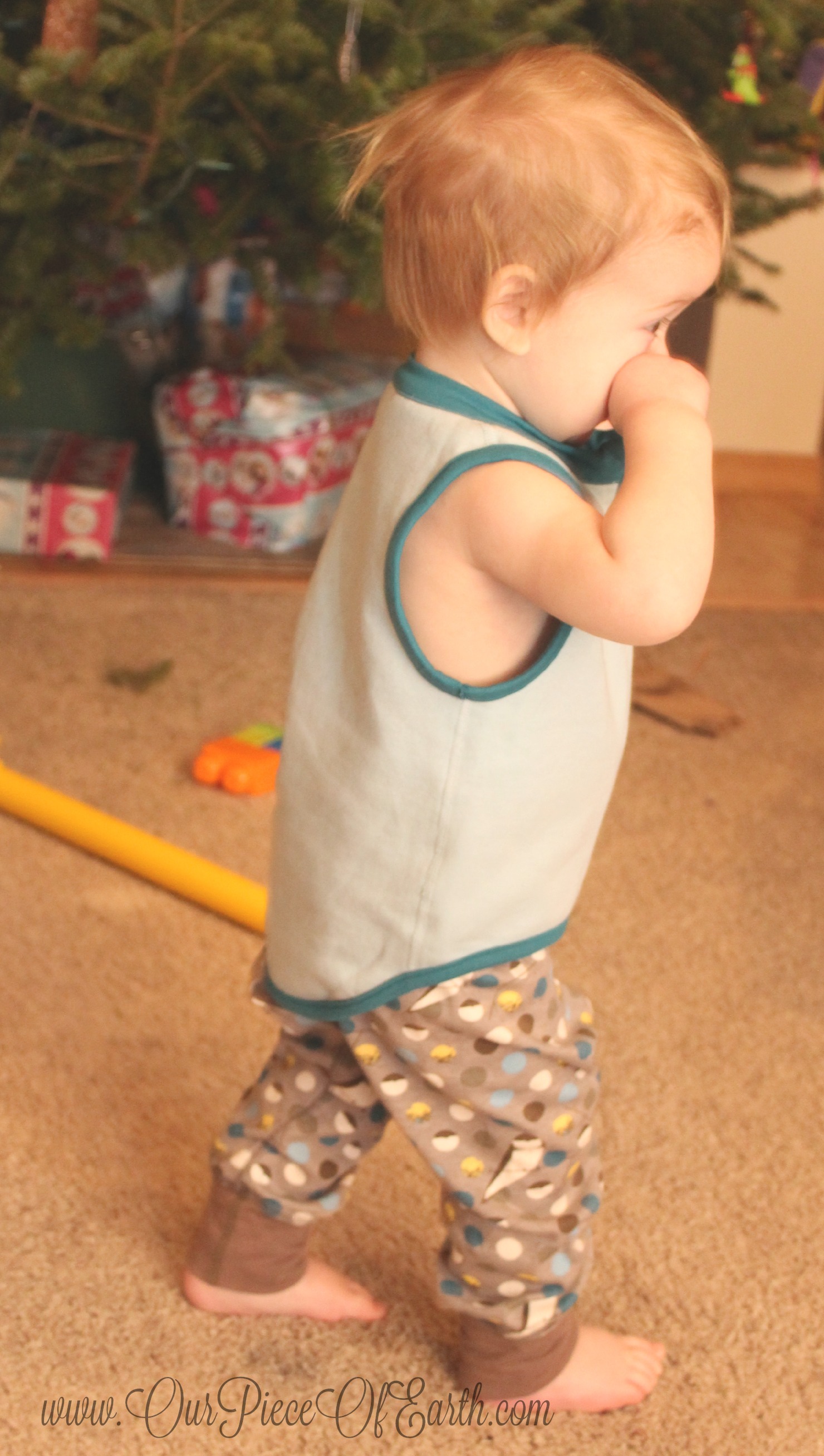 These pants are perfect for the growing independence of babies and toddlers.  As they get older and are able to take themselves to the potty, they can do so without fighting buttons or zippers that can cause frustration and accidents.  They can still practice pulling the pants on and off, or just go potty.  While they are running around playing, you hardly notice that they aren’t regular pants.  The vest is lower in the back than the front and provides extra coverage over their tush.

I think they are sized appropriately.  I opted for the 12-18 month size because I figured Henry would be out of the 12 month size already.  He isn’t quite out of the 9-12 month size so the ones we have are a little big around his waist still.  They are a tad long in the legs still too but you can roll up the bottom of the pants so they fit longer. 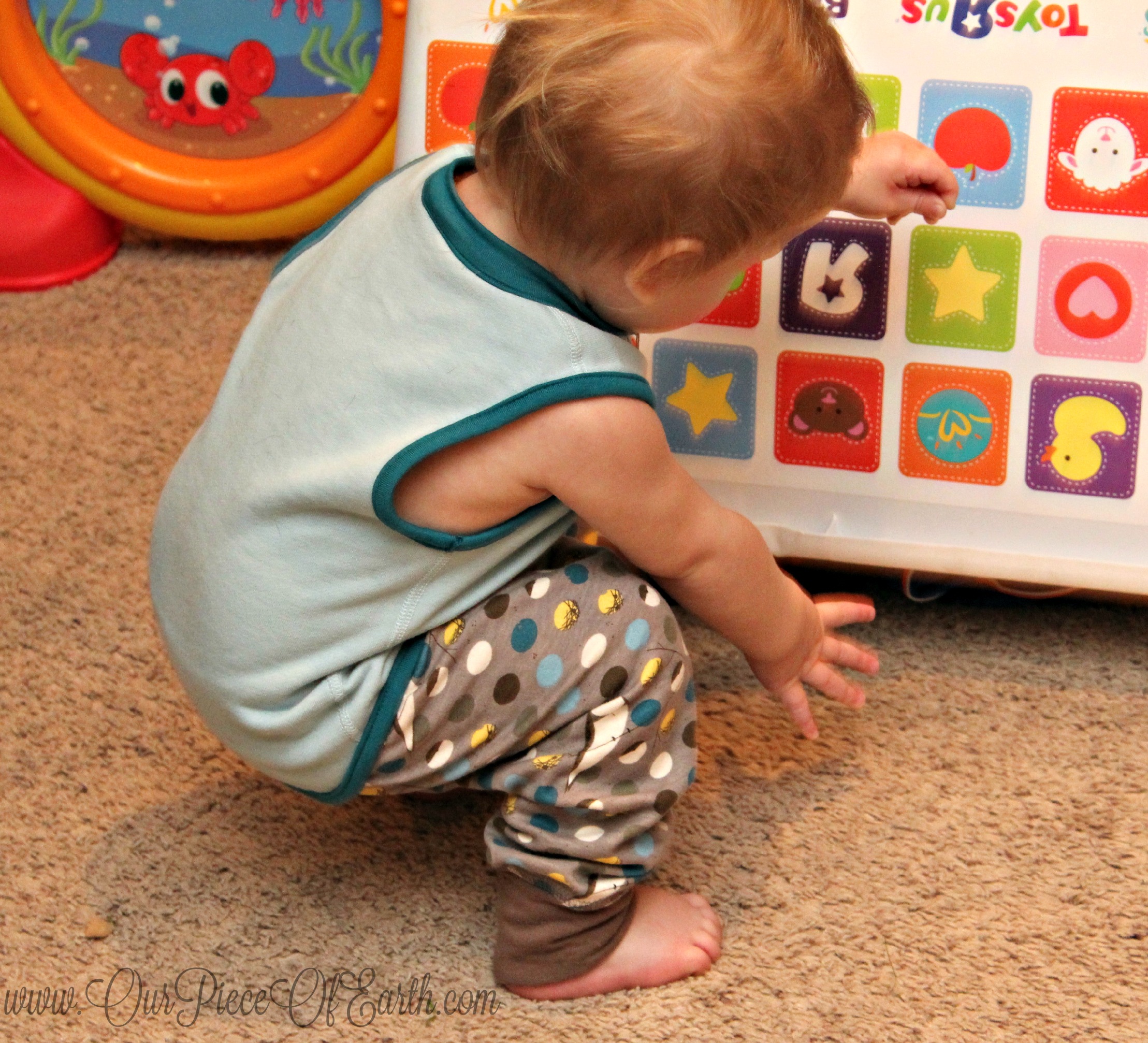 You can purchase the sets in the blue dots or the red dots.  What has been your biggest challenge or question about elimination communication?