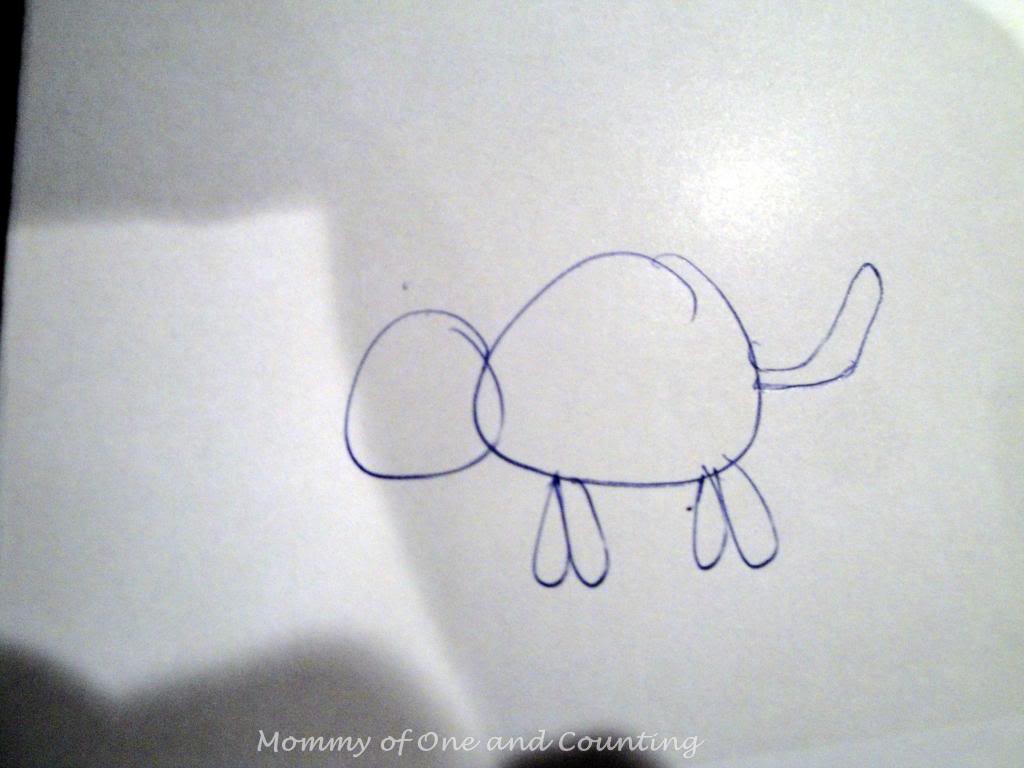 Maggie loves to draw.  Especially with pens, but anything will do.  She really loves drawing.  Lately, she has been talking about her pictures a lot more.  She draws dogs a lot.  In fact, one night, she took her bathtub crayons and drew dogs over our entire bathtub.  Seriously, the entire thing.  We didn’t even have water in there.  She just climbed in and started playing.  It was adorable.

Well, today, she was drawing and showed me her pictures.  She said, I drew two dogs.  And to be very honest, it sort of resembles two dogs.  Now, granted, she is only 2 1/2, but normally, when she wants me to draw a puppy, this is what it looks like.  I am not an artist!

I am fully aware that I may be biased, but I think she is as good as any artist I know and when she started drawing awhile later and I asked, she drew lots and lots of bikes.  The girl loves bikes!

Is it crazy for me to be so proud of her?  I just think it’s so awesome that she not only draws pictures of certain things, but draws them and talks to you about them.

Why taking the pledge to end bullying is important to me.