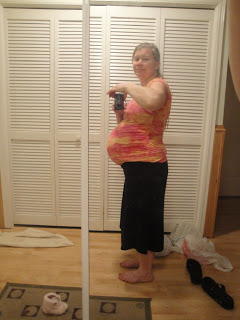 Wow! I have been busy. I missed last weeks post so you don’t get to know what was up with me Week 29 🙂 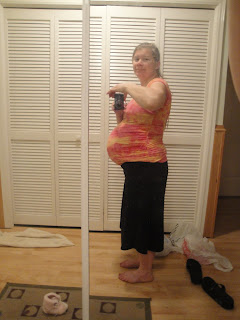 What’s up with baby this week?
Baby is about 17 inches long and over 3 pounds in weight!  This week, baby’s brain is preparing for life outside the womb.  Baby’s brain is starting to look like one, taking on those characteristic grooves and indentations.  These wrinkles allow for future expansion of brain tissue that is crucial as baby goes from helpless newborn to responsive infant to verbal toddler and beyond.  Baby’s bigger and better brain is starting to take on tasks that were previously delegated to other parts of the body, like temperature regulation.  Because of this, baby will start shedding lanugo, the downy, soft body hair that has been keeping him or her warm up to this point.  By the time baby arrives, he or she probably won’t be a little fuzzy thing anymore.

What’s up with me this week?
Not a whole lot.  I am exhausted.  Seriously exhausted.  But I am not sure if it’s from the pregnancy or the week we have had.  Next week should slow down so we will know.

I gained 5 pounds over the last month, so now I am up 7 pounds.  Passed my gestational diabetes test.  For some reason, I was worried about it.  Not sure why, I was fine with my first pregnancy, but I feel like I have eaten more crap and had more pop this time around.  I don’t drink a lot of pop, but I have been pretty much having 1 a day and I feel super guilty about this.

Baby is super active still.  I swear this baby is really an octopus!  I think baby is head down based on where I felt the hiccups the other day, but I could be wrong.  The other night, the kid moved up above my belly button with most of his / her body.

One thing that I got really excited about yesterday:  My best friend is due at the end of the month, but will probably have her baby over the next week.  I was talking to her when I realized I was 30 weeks pregnant.  See, I told you I was super busy, I didn’t even realize that and I usually read from the WTE book to John every Monday and tell him what baby is up to that week and I didn’t even do that this week.  Well, 30 weeks didn’t seem like a big deal, but when I started answering the question when are you due at the garage sale with 10 weeks instead of end of June, I realized how quickly we are coming up on the due date.  I got a renewed excitement!  I know I look huge, and I don’t really care, it’s just how baby is situated in my belly, but I can’t count how many times I heard – you look ready to pop!

We still keep wondering about names.  I don’t think we have settled on final names just yet.  For a boy we probably have, but for a girl I’m not sure if we have.

I tried to put my daughter in the snuggly the other day so she would nap while I was running the garage sale and realized this is easier said than done.  She sits in it okay, but I’m already a bit front heavy right now, and it was very uncomfortable for me to have her in front of me, but she hates being on my back.

They tested for a urinary infection at the doctor because I have had so much pain in my lower pelvis.  It hurts to cross and uncross my legs.  No infection.  They figure I am just a bit stretched out and there isn’t much I can do about it.  She did say perhaps I shouldn’t carry Maggie all the time, but we shall see how that works out.  I really need to go to the chiropractor.  My hips are so out of whack, it hurts just to walk right now, not to mention pick up Maggie and hold her on my hip.