Last winter, I started writing a blog post with 100 things to do in the snow and ice.  By the time I remembered I wanted to publish it, it wasn’t winter anymore.  I am really glad that I didn’t, because now I have 101 things on the list.  A few weeks ago, I received an email asking if I would be interested in complimentary tickets to the ice castles in exchange for telling you about our visit, so of course I jumped at the chance.  It sounded like a fantastic family outing. 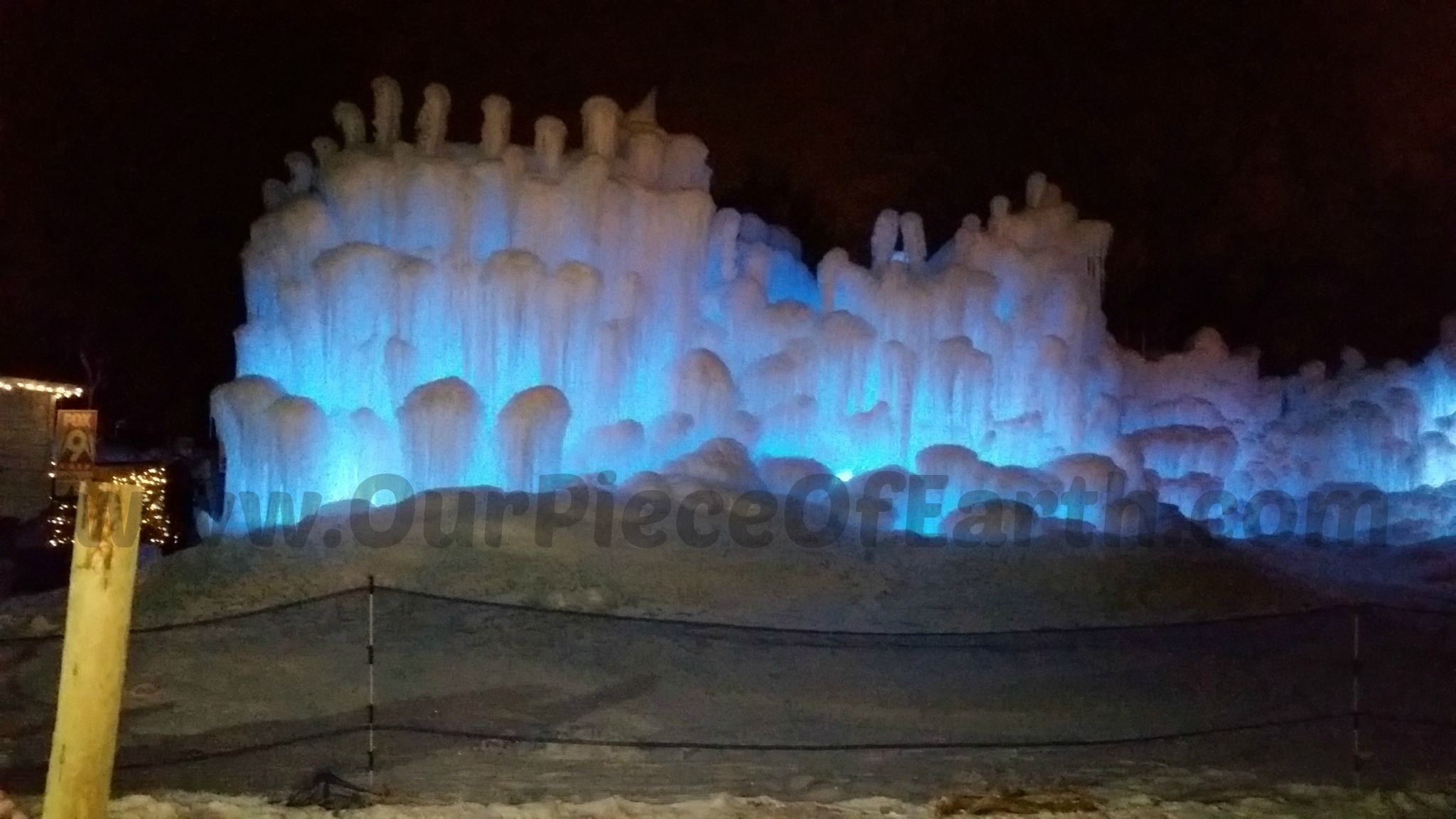 Now, I wish that we had waited until the weekend because on our way there, I discovered that the enchanted Frozen sisters would be making an appearance.  Can you even guess how excited the kids would have been?  It all worked out though, because they still got to see the ice princesses. 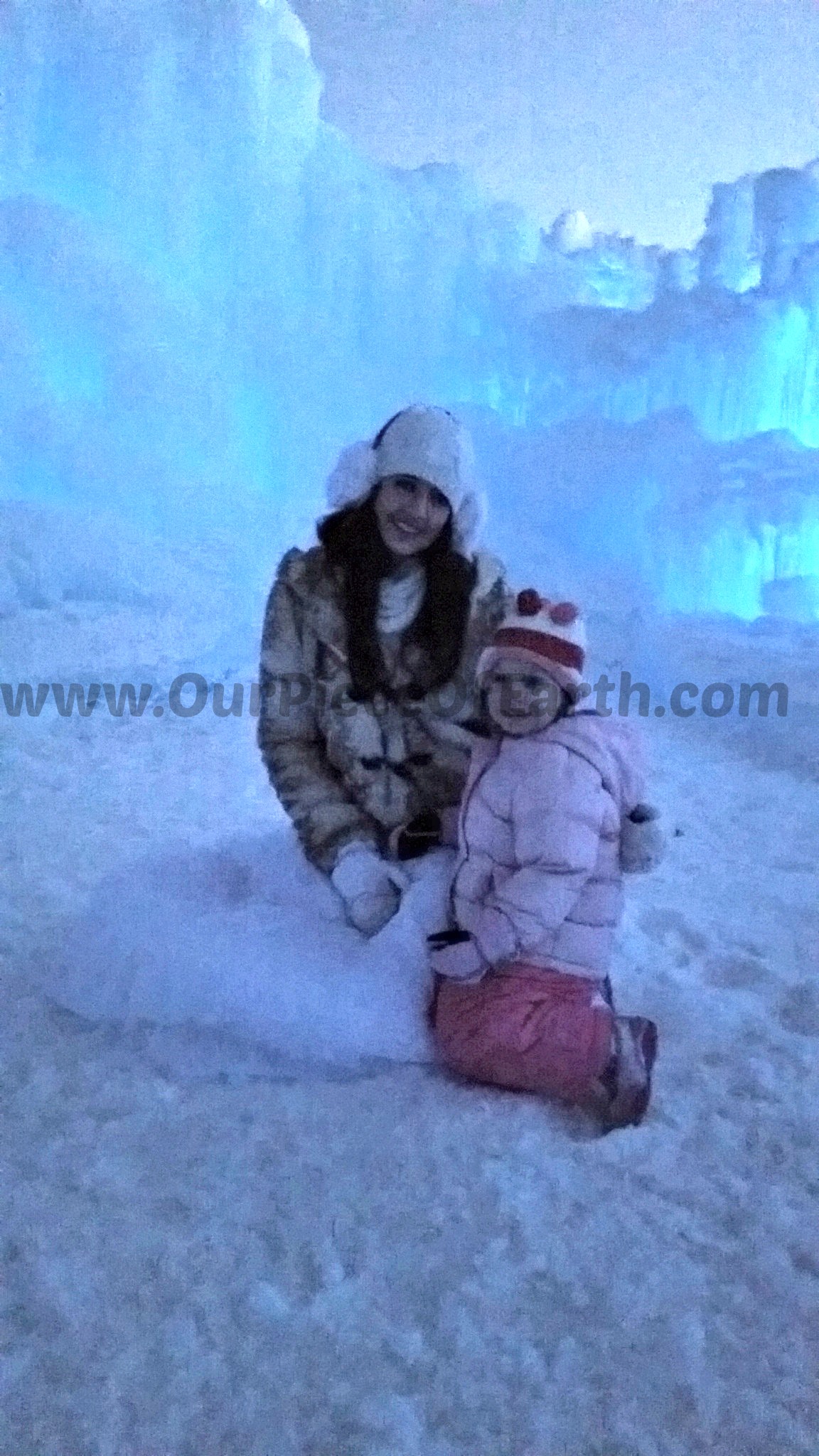 Having never seen anything like the ice castles before, I really had no clue what to expect. I only know that I had two kids who were really excited and had no clue what we were even talking about.  We were pretty excited too.  By the time we pulled into Miller Park, the kids were extremely antsy and couldn’t wait to get out of the truck.  I’ll be honest with you, once I saw the front of the ice castles, I was in a hurry to get out of the truck and dressed in our winter gear. 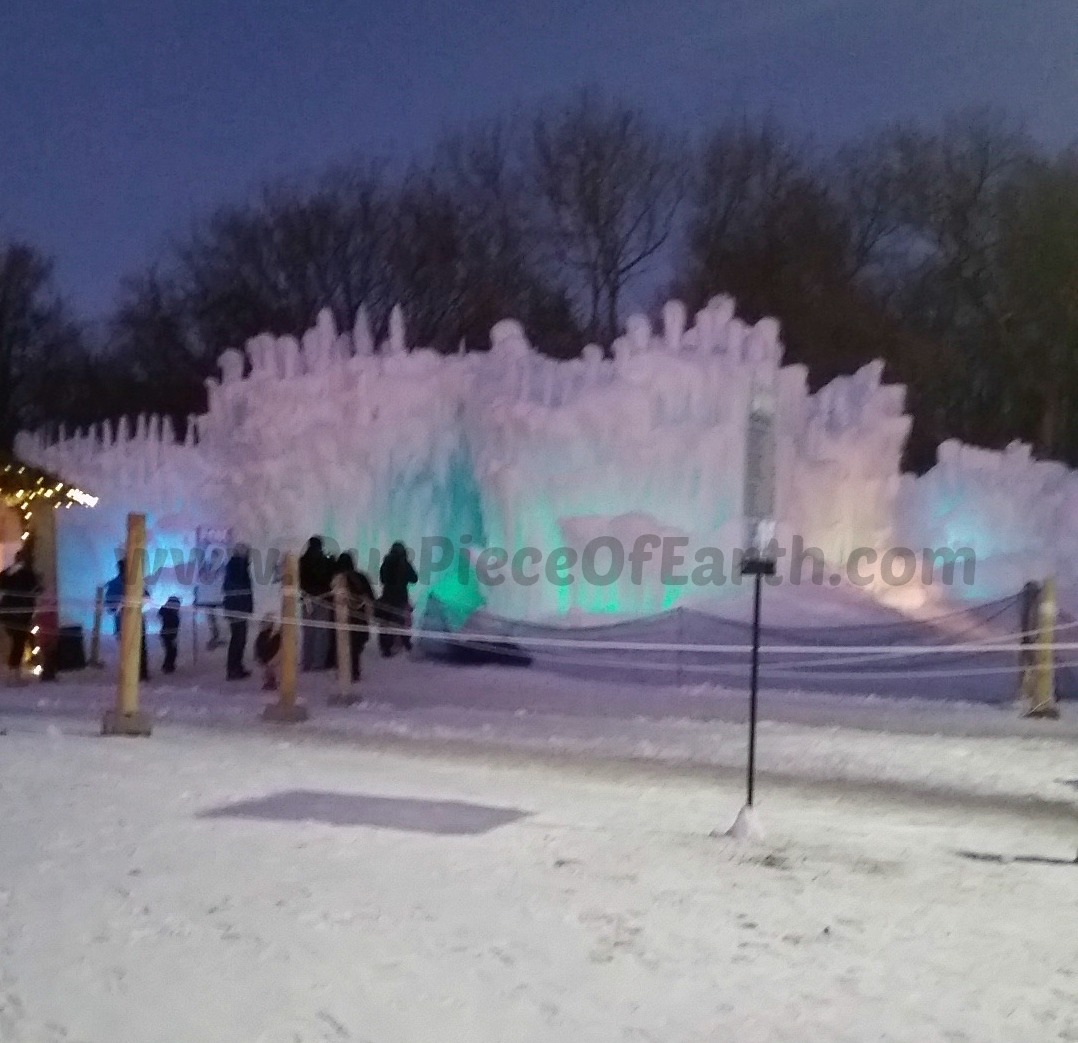 Do you see the creeper face in the background of this picture we had taken at the entrance to the ice castles? 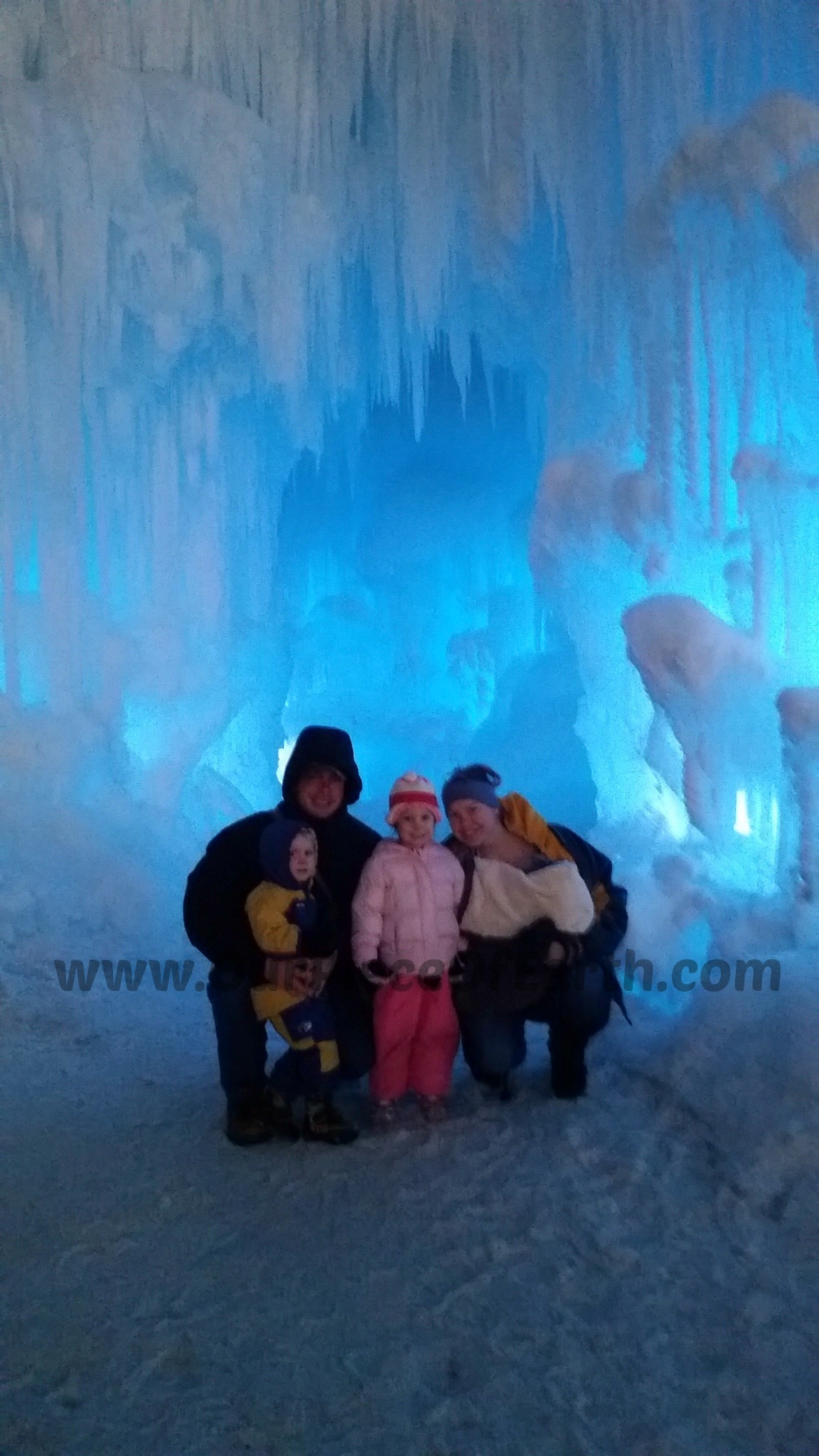 We were all in awe from the beginning.  This place is amazing.  We were barely in the entrance when the kids were entranced by the icicles.  It only got better for them from that point on.  As soon as you enter, you will notice the stunning waterfall, made even more impressive by the LED lights built into the ice, giving it a gorgeous color.  With the colors changing throughout the castles, you can’t help but be mesmerized. 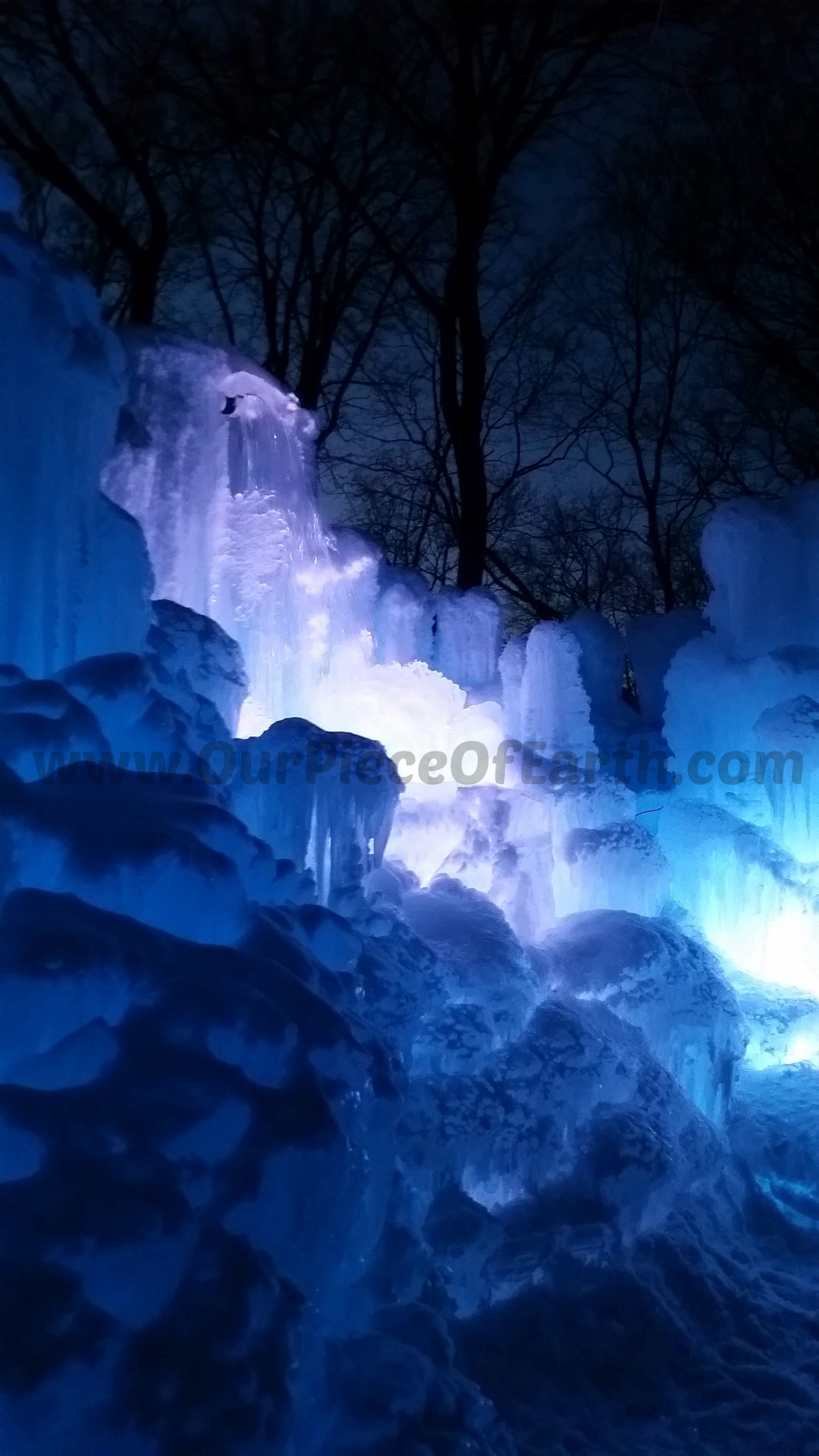 We quickly discovered the ice slide.  And there we stayed for quite some time.  Even John took a turn down the slide.  Then we moved on to this ice tunnel.  I think claustrophobic, but the kids couldn’t get enough of it! 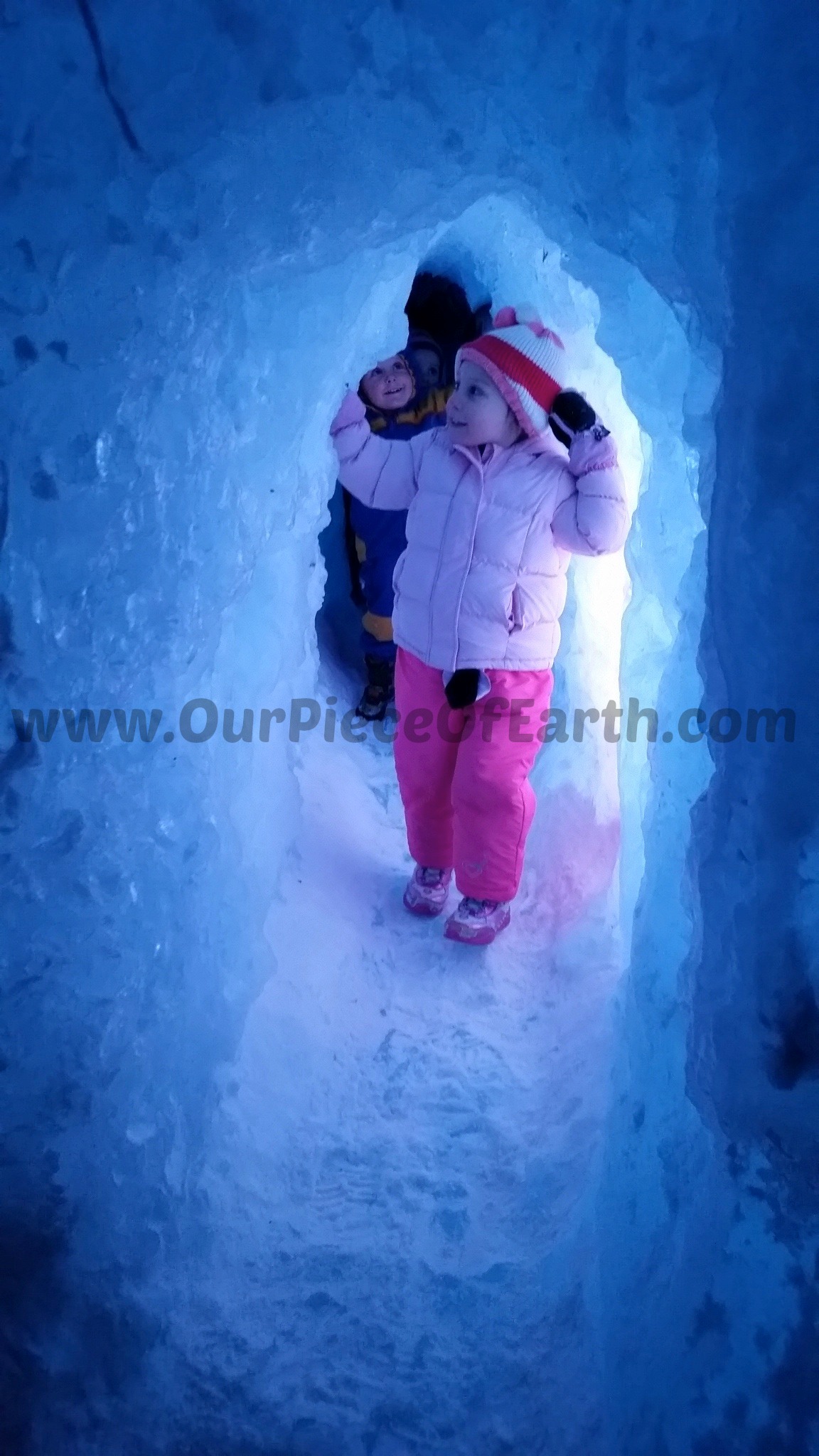 Everywhere you walk, there are thrones, benches, caves and more that you will find almost hidden in the ice castle itself. 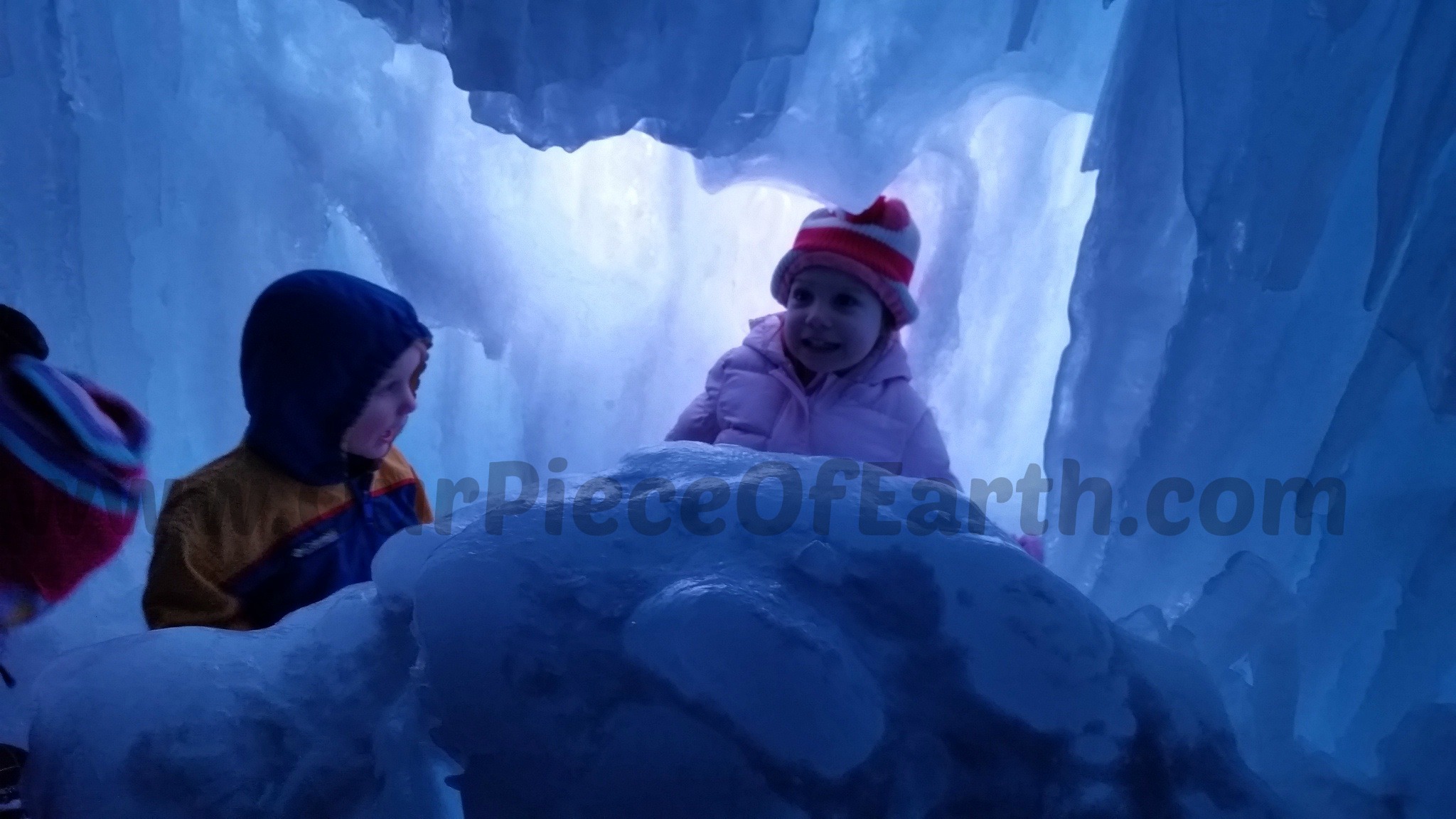 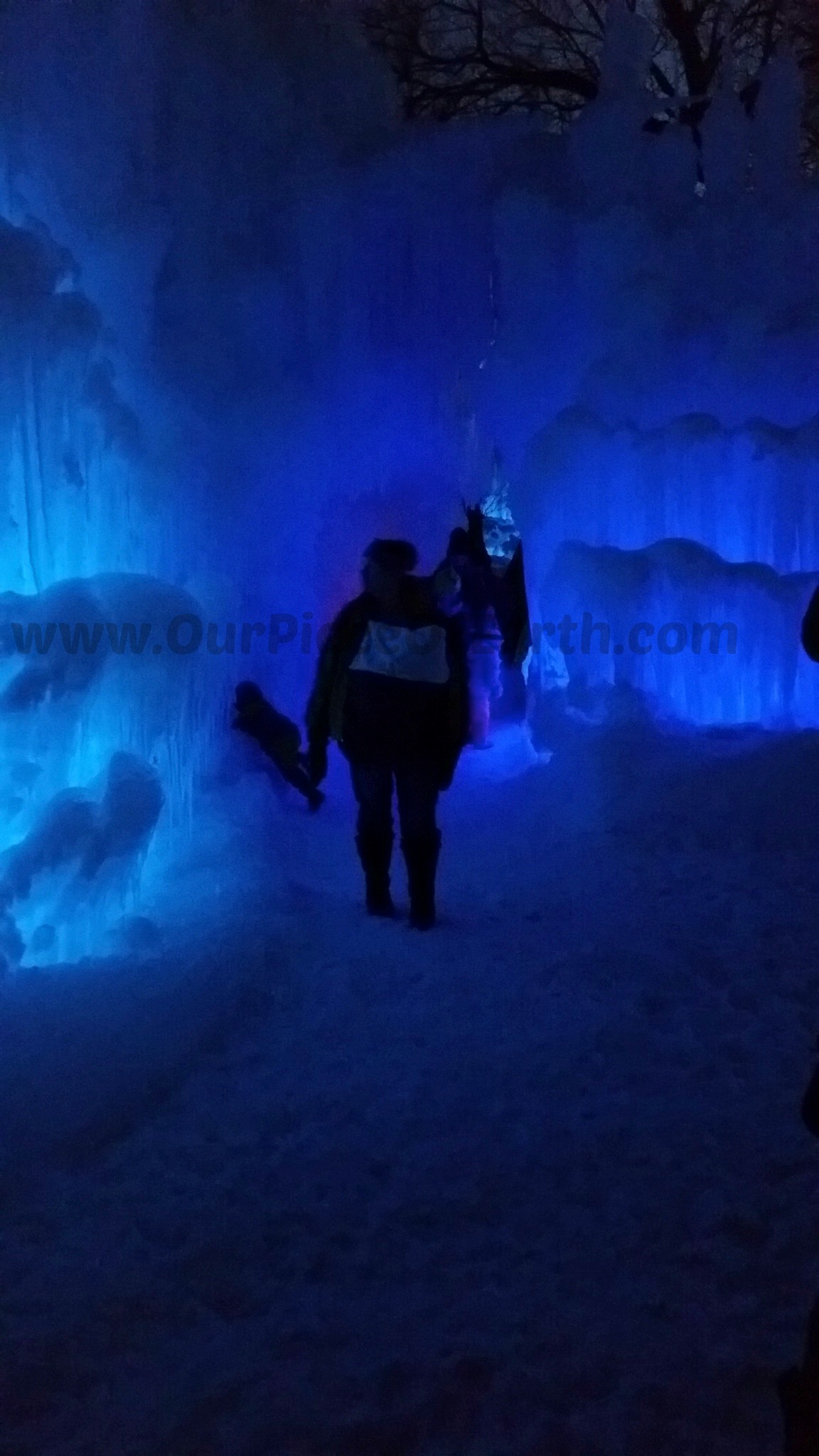 From something that began in Bill Christensen’s backyard, the ice castles now span an acre, featuring about 2,100 tons of ice, 5 million gallons of water.  With “ice farmers” growing ice and then harvesting it for the ice castles, between 5 and 20 tons of ice are added each night.  These icicles are sculpted into the existing ice formations, and drenched with water creating a one of a kind look.  As the ice castles melt, the water will flow to a lake located next to the park. 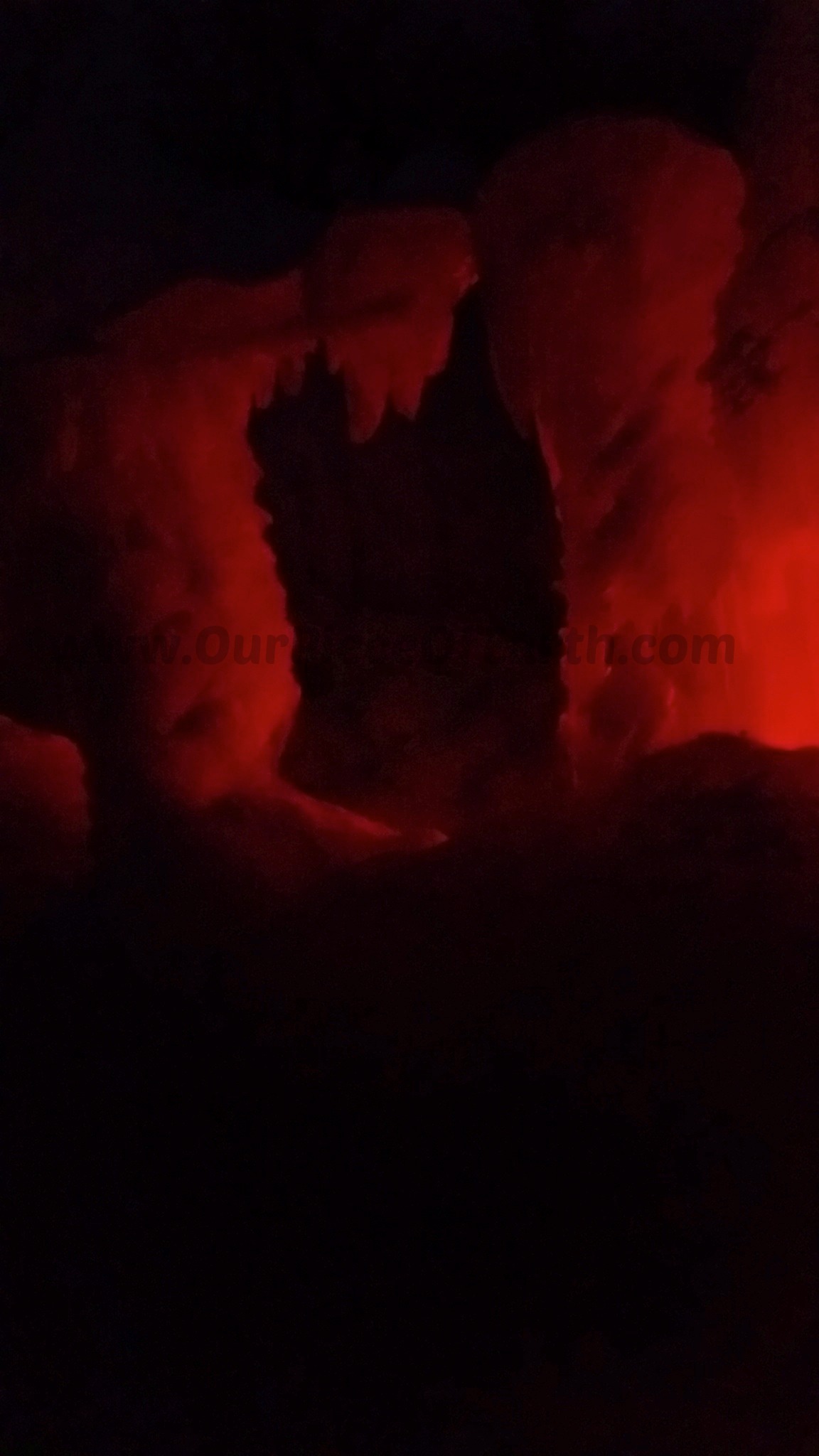 If you are looking for a fun, family activity, a romantic date night, or just fun with friends, visit the ice castles located in 4 different states across the US.

Have you ever visited an ice castle like this before?  What are some of your favorite winter outings?