Skip to content
I kind of fell off the map on writing about this and I’m sorry about that.

Charlie kind of fell off the map for awhile with going on the potty too.  He would kick and scream if we went near the potty, so we kind of took a little break with it.  I have tried to let him lead things since that is the point of Elimination Communication – to learn to read your child’s signals on when they have to go to the bathroom.  Part of this was my fault – I got a bit lazy about it sometimes.
That’s the beauty of elimination communication though, it doesn’t have to be an all or nothing kind of thing.  We are back to using the potty, not as often as I would like, but it has been a crazy summer.  In the morning and at night, he is doing really well.  We have put the potty chair back into the living room and that seems to be helping.  Plus, we dug out the potty books again, and he seems to really like holding them and “flushing” the potty.
During the day, he will stop what he is doing and sit on the potty, so if he isn’t wearing a diaper, this works great!  However, I’m not real good at knowing when he has to poop yet, so he has to wear a diaper sometimes when I think there is a chance he has to go and I am doing something where I can’t keep an eye on him.  I hate cleaning up poop!  He will still fight me once in awhile on going during the day, but mostly, he will sit on the potty and is quite proud of himself.  He will actually run into the bathroom and lift the toilet lid sometimes when he has to go.  I think the part that caused us troubles for awhile was that he doesn’t go right away when I set him on anymore, it takes him more than a few seconds to go, and he hates to sit still.  That’s where the books have helped a lot.  He will sit still just a bit longer and gives himself the opportunity to go instead of sit on the potty because he knows he has to, get bored, and go pee on the carpet somewhere, or my personal favorite…..right next to the toilet after he wanted to get off of it. 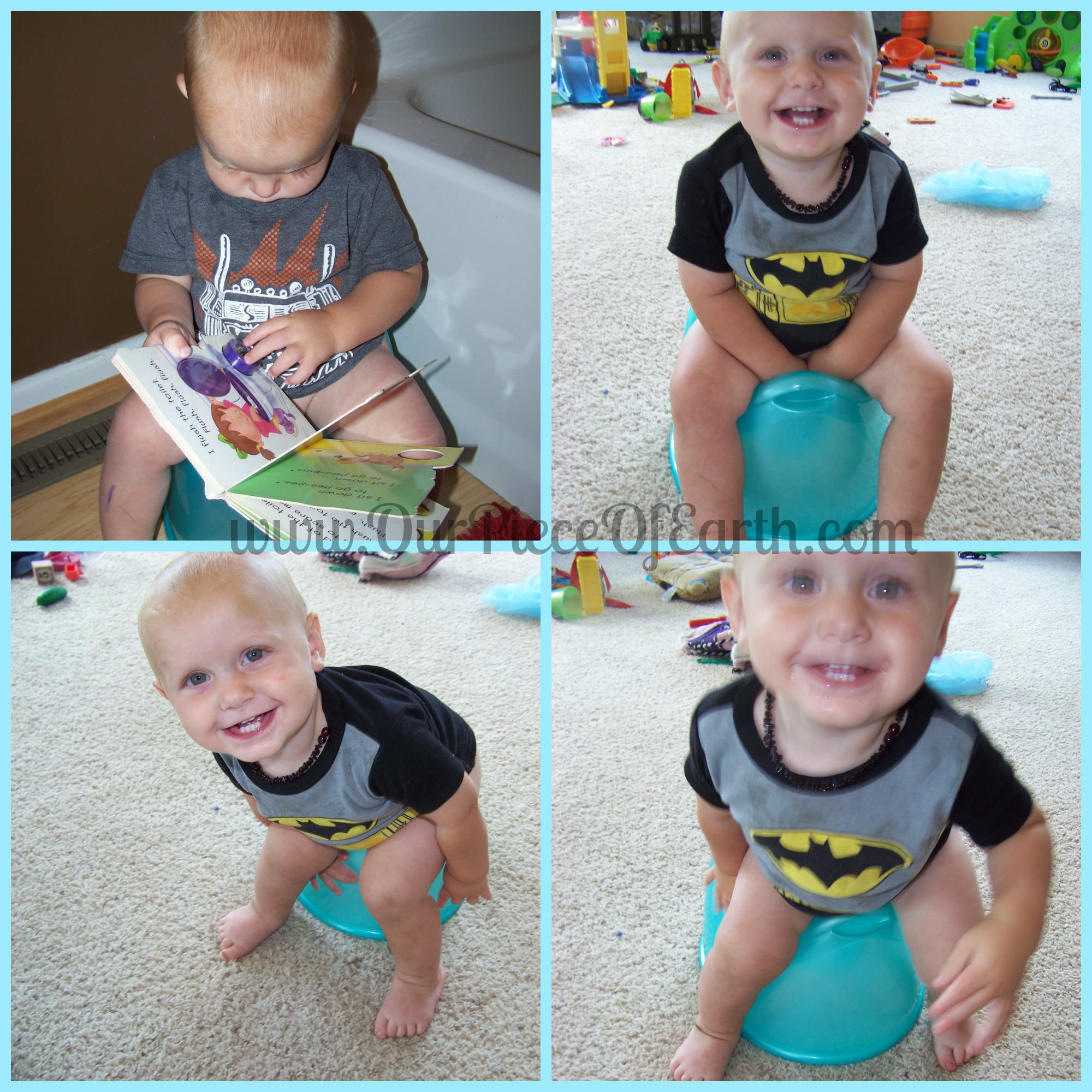 I am hoping to get back into posting more about our adventures in EC, so hopefully you will see a more informative post in the near future.
Want more info on EC?  Check out my previous posts.
What questions about elimination communication would you like to see addressed?