While I have to admit to my fair share of “wanting to pull my hair out” days, more often than not, these 2 just crack me up.  I would love to be in the mind of a child and really see things from them.

Now, only a few years ago, I had a very deep seated fear of box elder bugs.  Really, I just hate them.  Anything that comes in groups like they do tends to make me feel creepy and crawly.  We bought this house and there are tons of them here.  They don’t freak me out nearly as much, but now the kids have adopted them as pets.  They actually call them their friends.  The other day, they asked me what their friend liked to eat because they thought it was hungry. 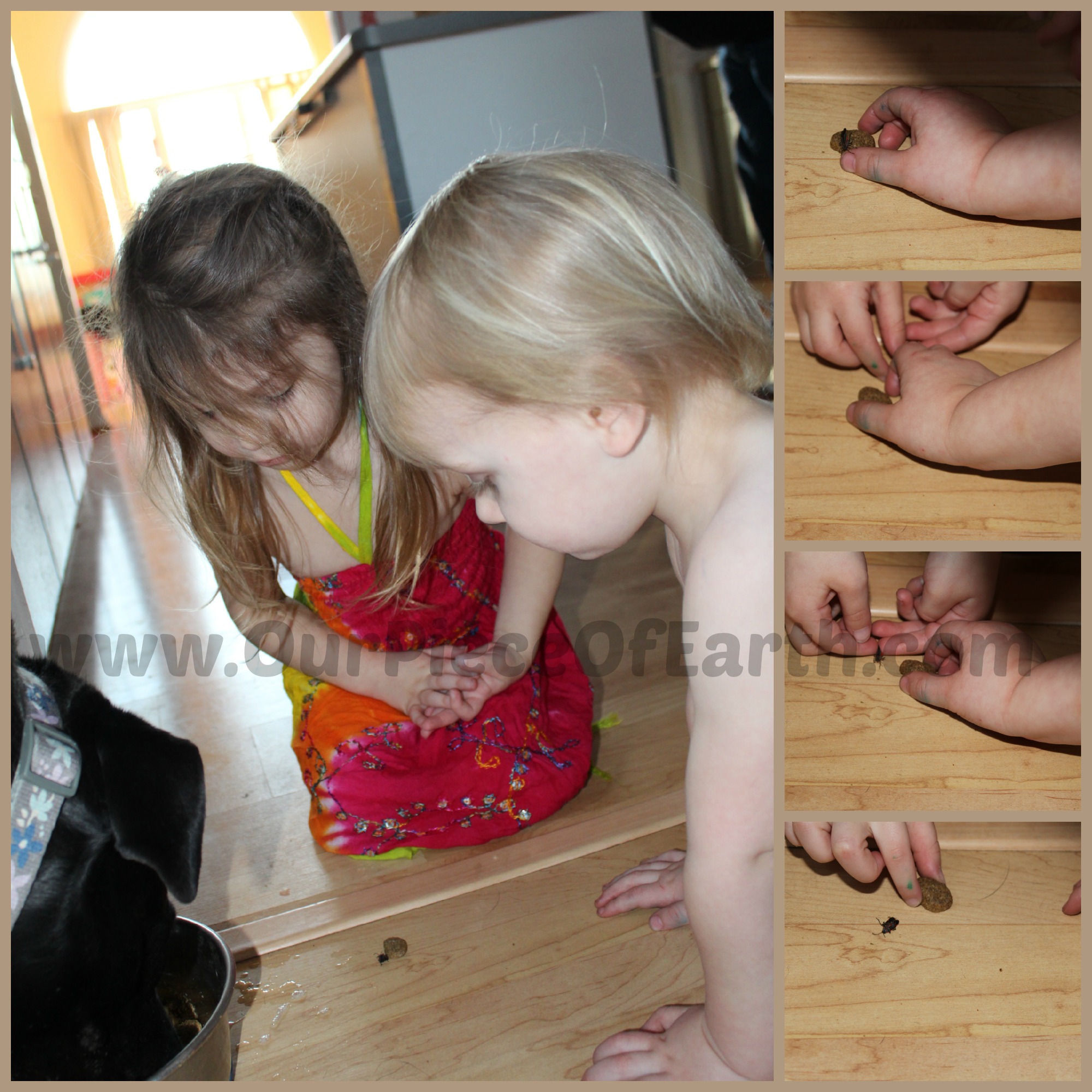 Now, if you are like me, you really have no idea what a box elder bug likes to eat.  So, what else could I do except to suggest that they try a few different things.  So, we gave the box elder bug some dog food.  They didn’t think he liked it, so they also tried popcorn, cheese, and a chunk of apple.  Now, even if the bug did eat some, we really couldn’t tell at all.

Spill the beans – have your little ones adopted any animal friends lately?