I remember commenting on a Facebook post a few months ago about when Charlie had potty learned.  Another mom commented back with something along the lines of how I was trained, not Charlie.  It annoyed me.  When your baby cries because they are hungry, you feed him.  If your baby cries because their diaper needs changed, you change them.  Why not respond to their cues before they dirty their diaper. 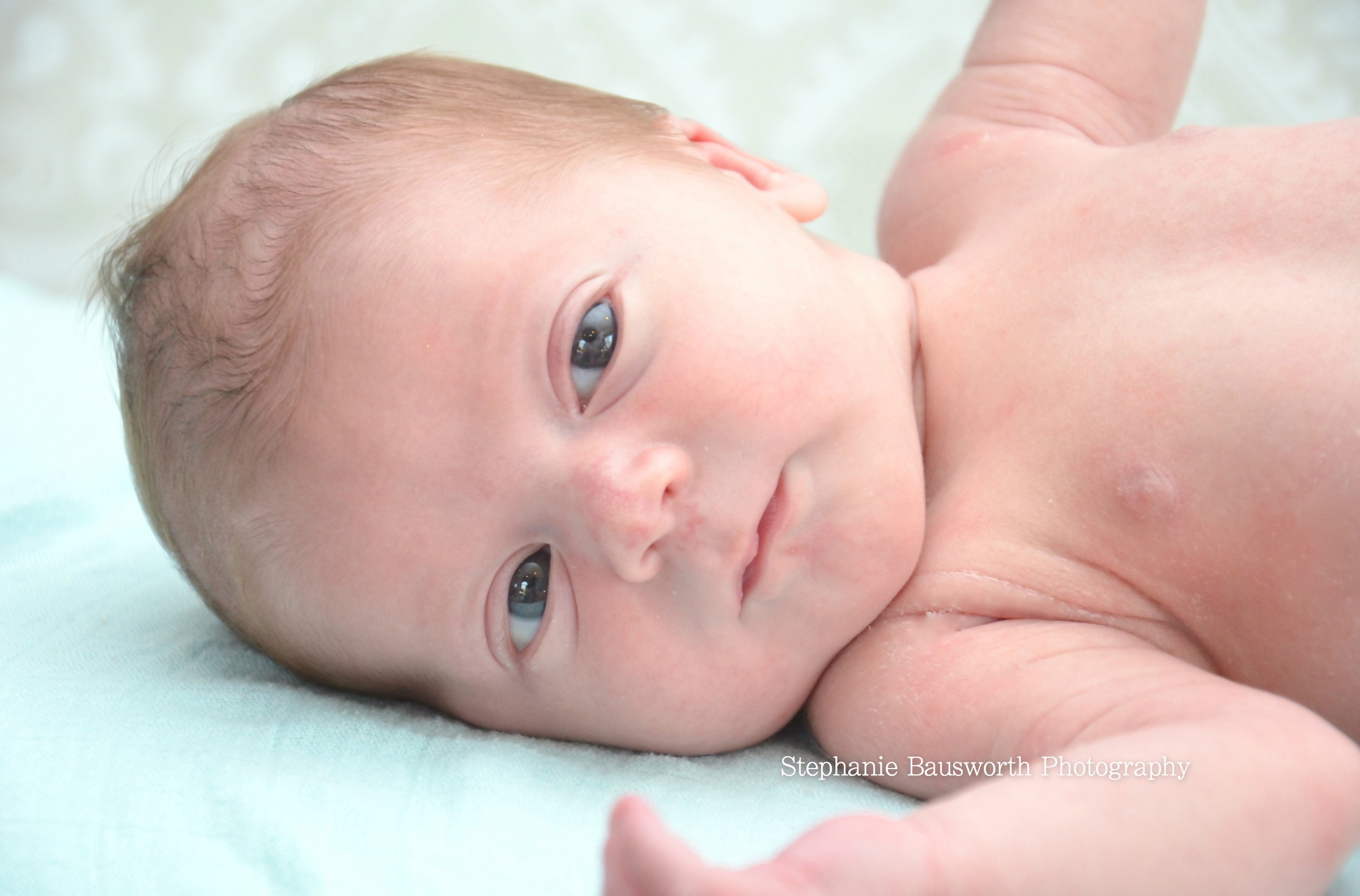 I started taking Charlie to the potty when he was around 3 months.  If you want to read a few posts about our experiences, you will find them on this page.  This time, I wanted to start right away because we had such great success with Charlie.  I was a bit nervous because a newborn is just harder to hold over the potty, especially a boy.  I had taken him into the bathroom a few times, but holding him just felt so awkward that I wasn’t ready for it.  The problem was, he was crying right before he would pee in his diaper.  I would check him because it was the same cry as after he pees in his diaper.  Dry.  A few minutes later, wet and angry.  I decided it was time to just give it a shot, awkward or not.  So I took him in the bathroom after seeing he had a dry diaper but was upset.  I held him with his back against me and my hands holding his legs, hoping that if / when he peed that it wouldn’t go straight up into the air.  Not right away, but after maybe 20 seconds, he startled me by pooping in the potty.  29 days old.  Way to go Henry!  Good job.  I held him a little longer to see if he had to pee too.  Nothing.  I put his diaper on him, laid him on his tummy to play and within a minute, he had peed and was super mad about it.  Well, now I feel confident that my intuition is right.  I knew he had to go, so now we will just keep giving it a shot.

Since this guy hardly cries because I can tell when he is hungry or tired, I know his cries mean something and it usually involves going potty.  With a little time and attention, I think we will have him using the potty regularly in no time at all.

Did you practice elimination communication with your little ones?  How old were they when they started using the potty?

Pick Your Prize this #FluffMas with $25 Kelly’s Closet #Giveaway