I don’t think there is a parent out there who hasn’t said the words, “I wish my toddler would sleep later.”  In my world, I have decided that 7 am is the earliest reasonable hour that I will even acknowledge the kids.  Before that, and I mean even if it is 6:59 am, I tell them it’s still bedtime and I roll over and close my eyes again.  This generally works alright for us, but only if it is before 7 except on rare occasions.  There have been some days lately I’ve lucked out and managed to get to sleep until 8:30 or 9 am.  Having a newborn, I really do mean lucked out! 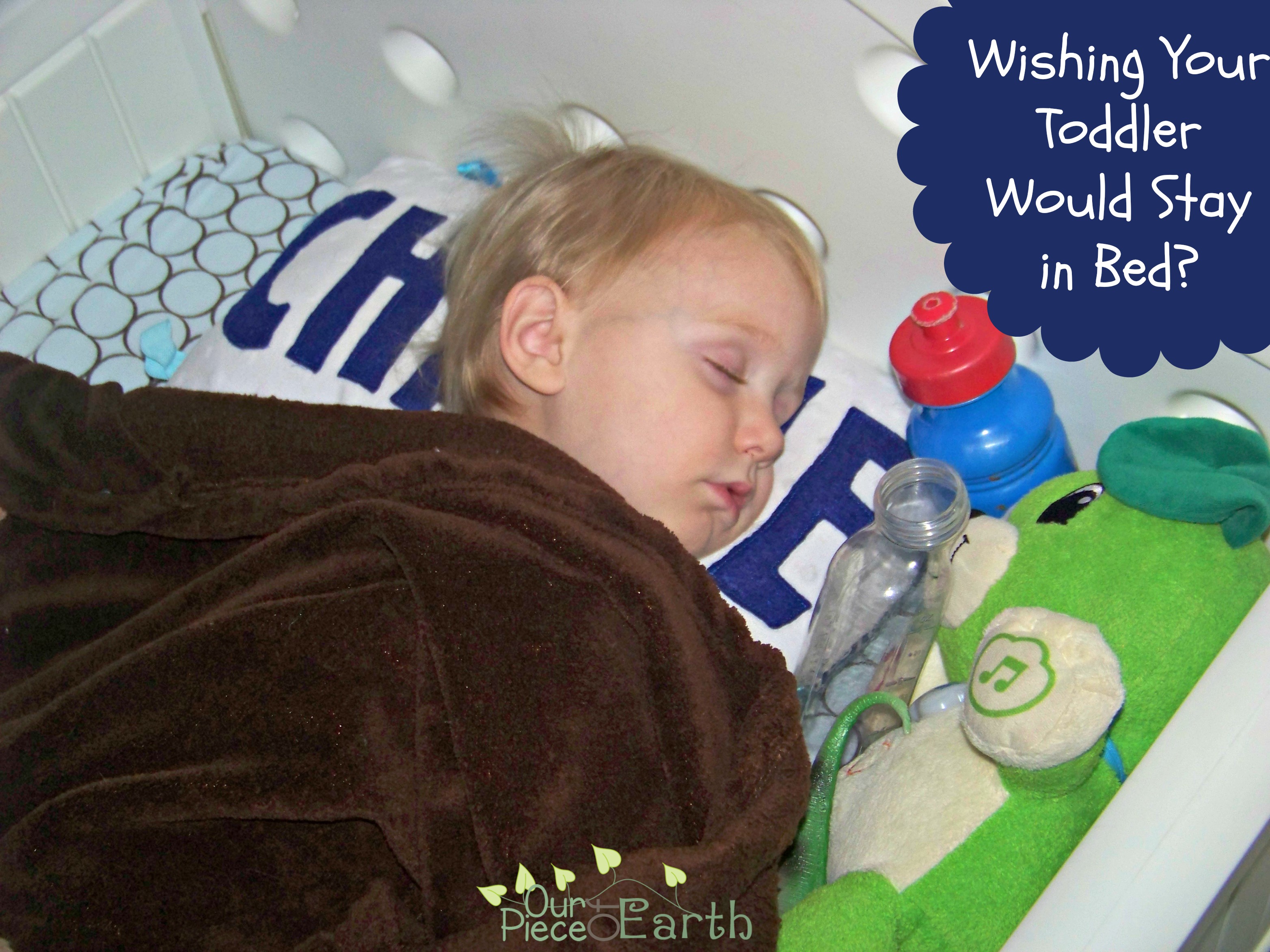 When Maggie was around 2, I had a clock that visually showed her when it was alright to get up and when she should still be asleep.  It was a big hit and she would even jump out of my bed to go look at her clock and see if it was time to get up yet.  Charlie is 2, and I realized awhile ago that he needed a clock like that as well.  He is my early riser and it would seem, the only one in the house interested in getting up before 9!  When I had a chance to review the Kid’Sleep Moon Nightlight, I jumped at it!  Anything to give him control over when it was time to wake up and when we should still be sleeping.  When it arrived and I showed it to him, he quickly grabbed it and took it to his room.  At bedtime that night, we talked about what each of the two pictures mean and what he should be doing.  The next morning when we were getting ready to go eat breakfast, he tried to bring his clock with him downstairs.  It was so sweet to watch. 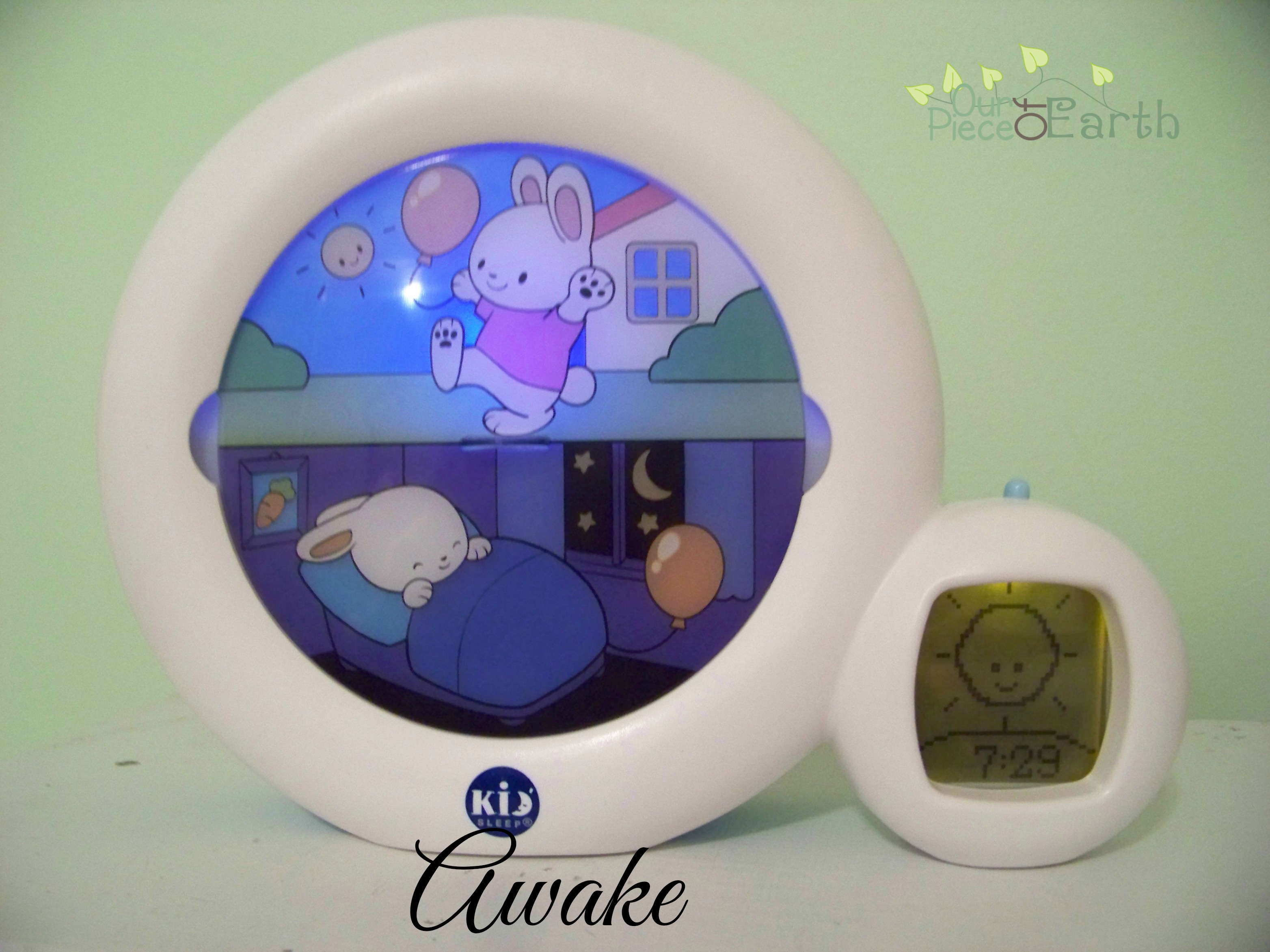 When used as an alarm clock, use the clock face with an awake bunny and a sleeping bunny.  When the children should be sleeping, the sleeping bunny is lit.  When it is time to be awake, the awake bunny is lit up.  Using the “smart sunset” and “smart moonset” functions, the clock gives the children a 10 minute warning for when it is time to go to sleep and get up.  Because Claessens’ thought this whole sleep thing through, there are 3 different settings on the clock.  Bedtime, nap time and a weekend setting.  You can also choose from 4 different alarm sounds as well as no alarm {because around here, I am not likely to actually wake the kids up}.  You can also choose from 4 different levels of brightness so you can truly personalize this clock to fit you and your child’s needs. 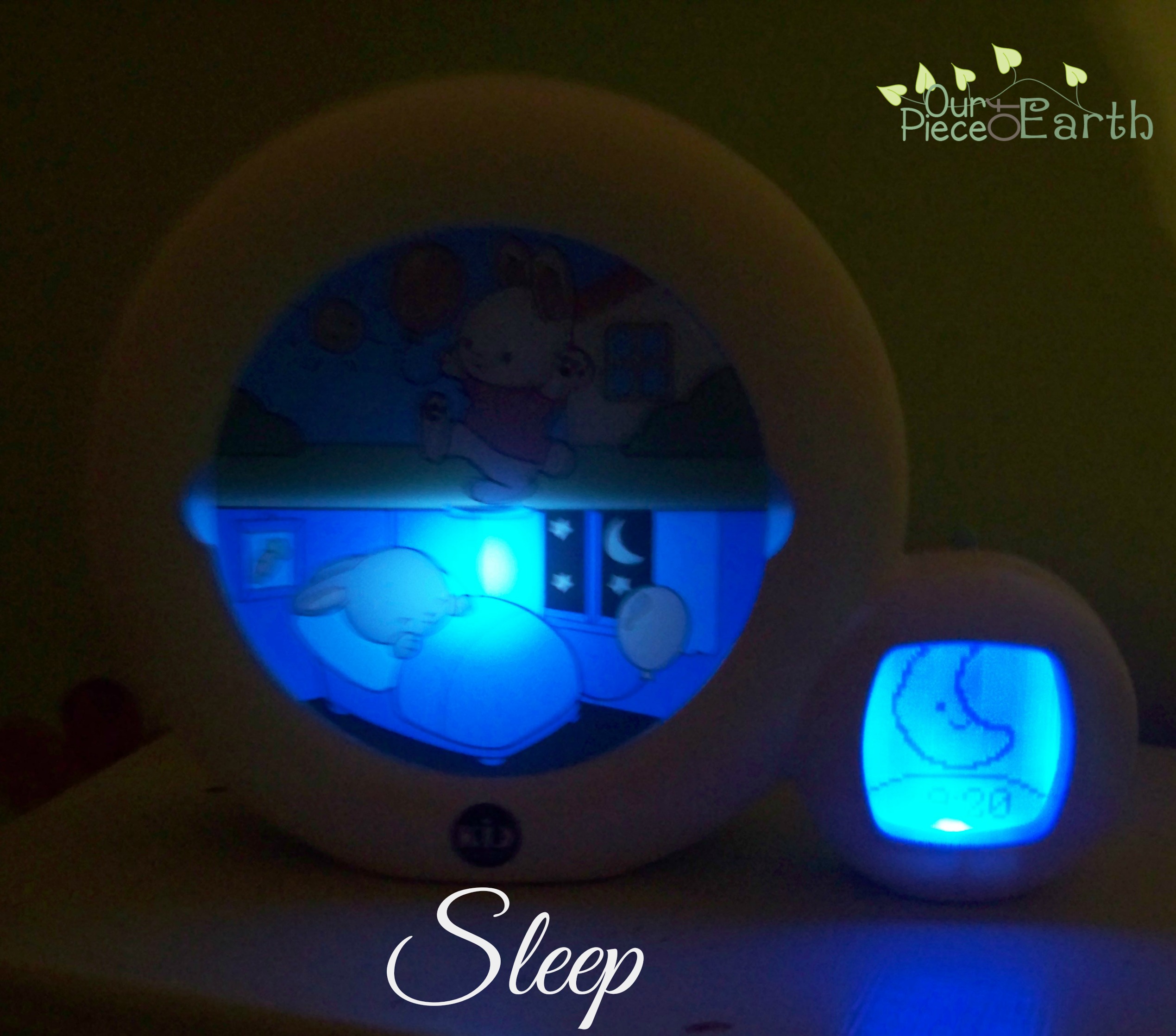 It doesn’t stop there though.  For younger babies, you can use the Kid’Sleep clock as a nightlight. 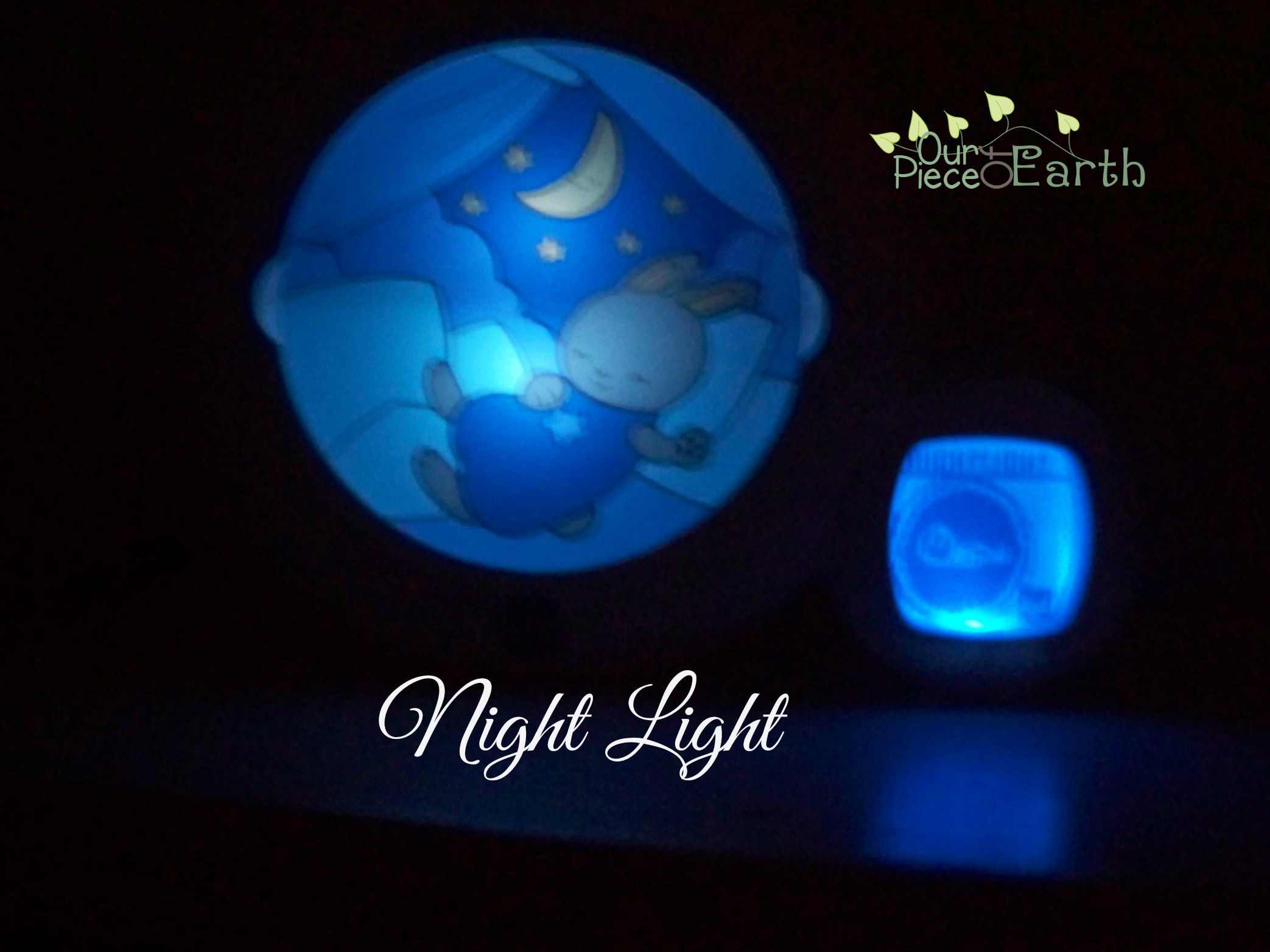 You can plug the clock in, or use it with 3 AA batteries.  A handy feature because where we have the clock set up right now, there isn’t an outlet nearby.  This also makes it easy to take along on trips to keep your kids on track.  Setting and adjusting the clock is quick and easy. 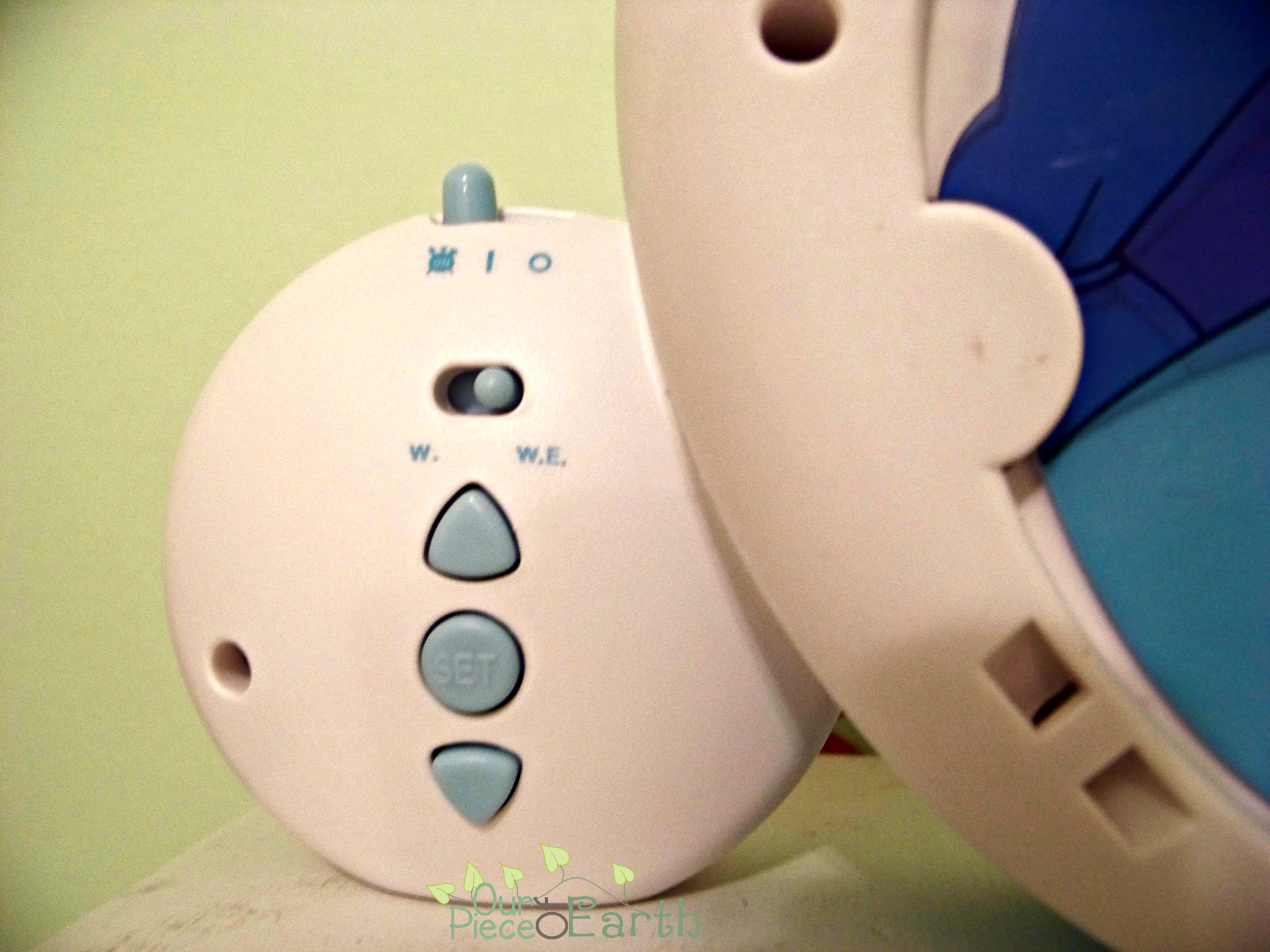 Whichever screen you are not using can be stored on the back of the clock.  It doesn’t securely fasten in, so you {or the kids} can take it off easily.  Charlie likes to take them both off of the clock and play with them.  I was worried at first that he would break them, but they are not super fragile.  While I imagine stepping on them would easily break them, he has played with them without anything breaking, although I’m trying to keep him from doing that.

Once Charlie got done playing with the clock and the “new” wore off for him, I could simply tell him, “We can’t get up to play until the bunny is awake and playing.”  It is a concrete and visual aide to help him realize when it is time to sleep and when it is alright to wake up and play.

Kid’Sleep offers more products than the Kid’Sleep Moon Clock and you can check them all out here.

What are your biggest nap or bedtime struggles with your toddler?  Have any tips you want to share?

Win it!  Enter below for a chance to win. 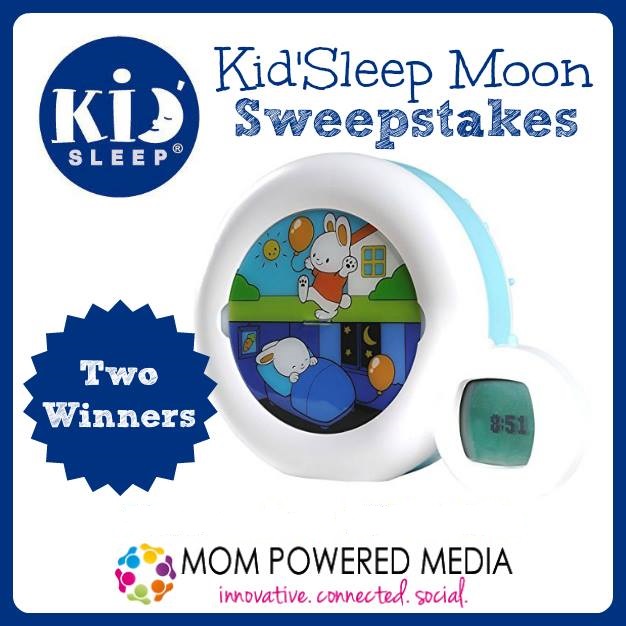 Giveaway ends December 3rd at 11:59pm, open to US residents, ages 18+. Only one entrant per household, per address. Winner is subject to eligibility verification. Enter using the giveaway form below. Good luck!

Fun at the Minnesota Children’s Museum