This shop has been compensated by Collective Bias, Inc. and its advertiser. All opinions are mine alone. #AvengersUnite #CollectiveBias

A few weeks ago we had a playdate at the park with a new family.  Now, I am aware that my three year old wears dresses on occasion because he has a big sister.  He also gets to watch princess shows and lots of other things that she is into.  I know all of these things.  This family has a boy who is oldest and two younger girls.  While we were playing, the three year old girl kept yelling that she is Captain America.  It made me giggle because that’s just how it works.  It also made me realize that my kids had no idea who Captain America was.  It also gave me a good reason to introduce the kids to a few characters I have always liked that aren’t princess {and I love princess things}.

If you have read stories about my Charlie Bear, you probably heard me say things like he reminds me of The Hulk when he gets angry.  When we were shopping at Walmart, we had to venture through the Halloween aisles {am I the only one who loves doing that?}.  Immediately Charlie started looking at costumes and absolutely loves the masks.  He put on The Hulk mask and it was just the cutest thing I have ever seen. 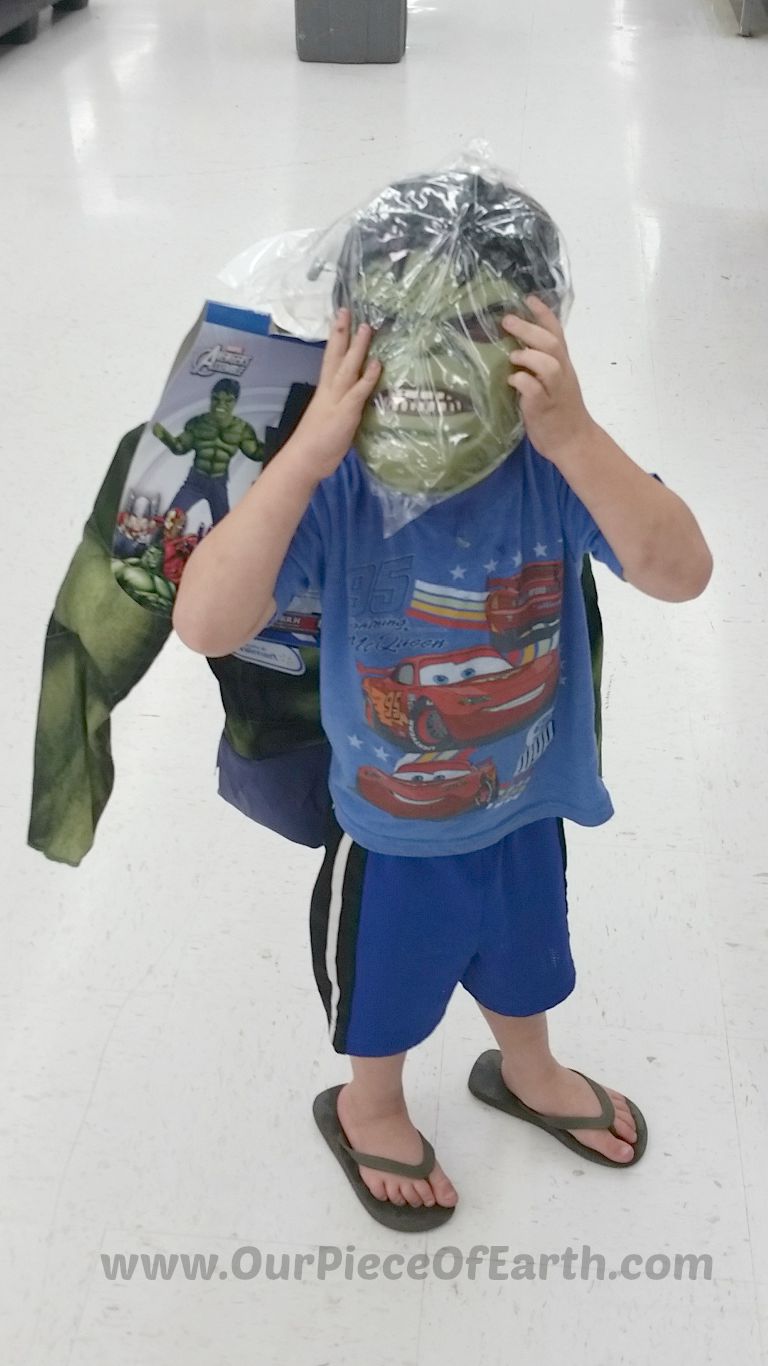 The problem was, they didn’t have it in a small enough size for him so we couldn’t get that costume for him and he was seriously bummed.  We went through the costumes and I showed him his choices in sizes that would fit him.  He immediately grabbed the Spiderman costume.  The little puffy chest, hello cuteness!  In the cart it went and my sweet boy was so excited to get home and put it on.  It’s only fitting, he calls daddy long legs his friends and wants to bring them all in the house {NO.  Just no.} 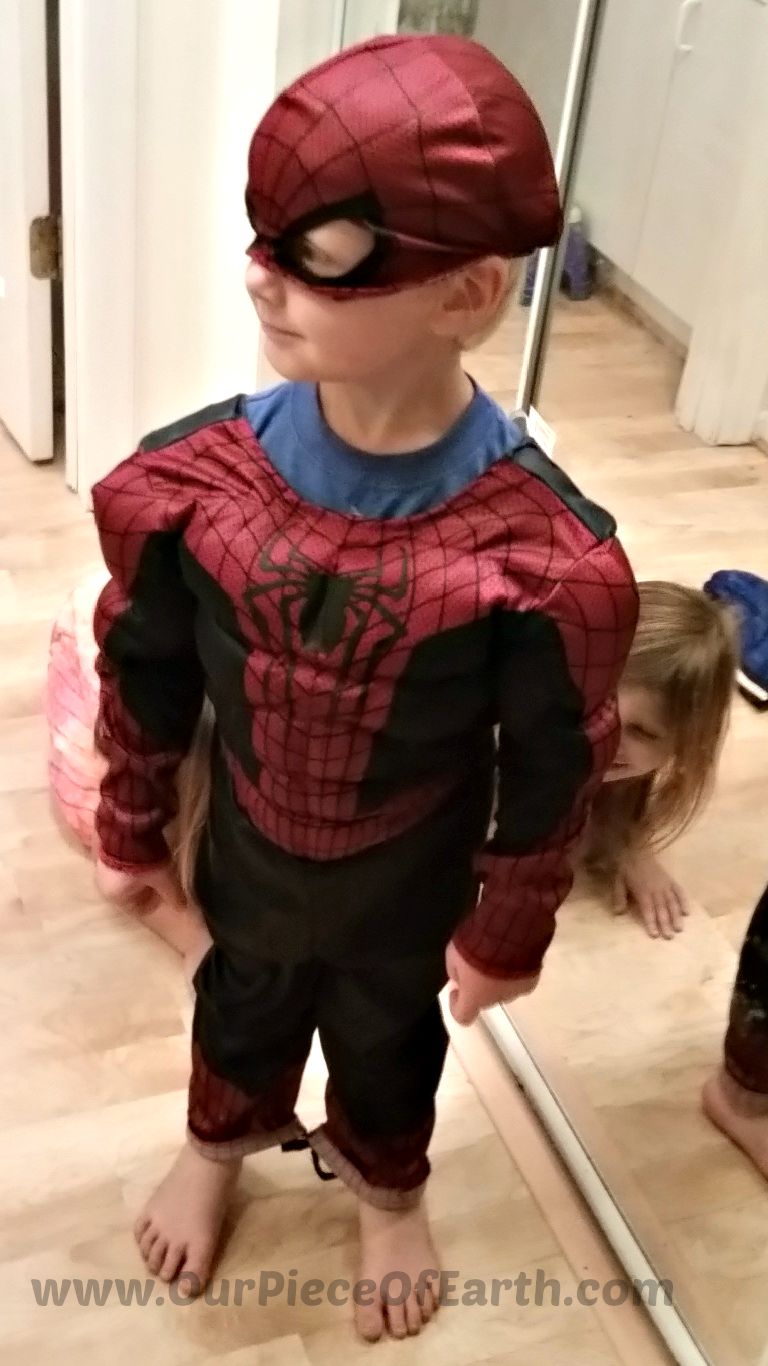 Since he has basically worn the Spiderman costume every day since we brought it home, I knew he would love it if I made him a “fun” lunch – spidey-style.  Sometimes I am lazy, but when I’m not, the kids LOVE fun lunches.  I kind of had a plan while we were at Walmart and picked up a few things that would be perfect for this spidey-style lunch.  I wanted to make him a Spiderman lunch with skyscraper buildings, spider webs, and spiders.  Totally doable because I found these gems at Walmart too.  MARVEL Spiderman string cheese (12 pack),  MARVEL Avengers grapes, and MARVEL chewy granola bars.  Adding in a few goodies from the Halloween aisle like sprinkle spiders, and lunch was served. 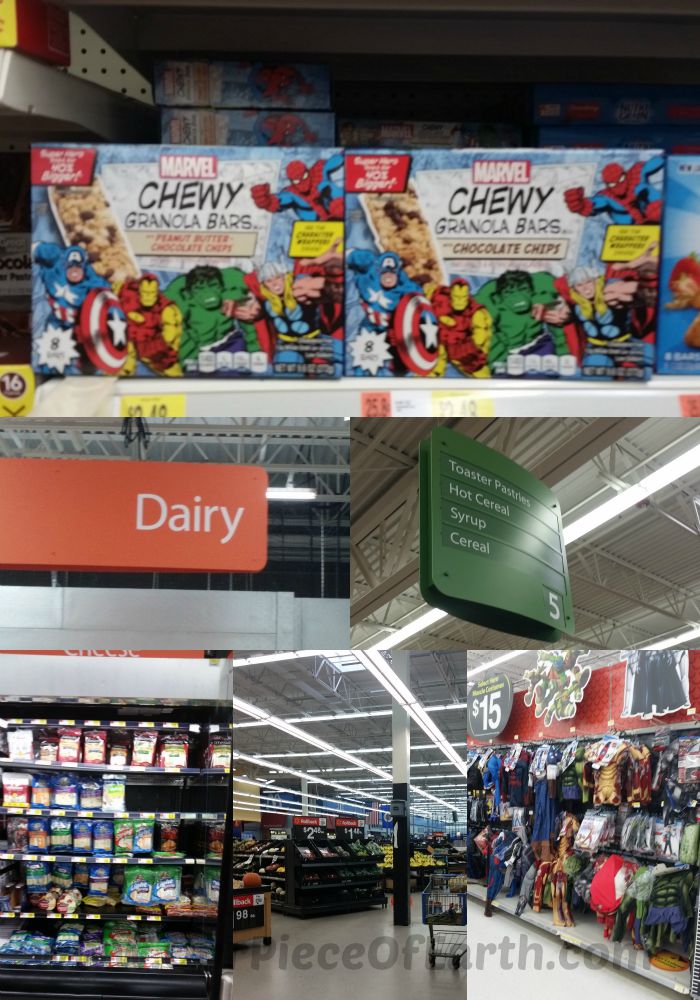 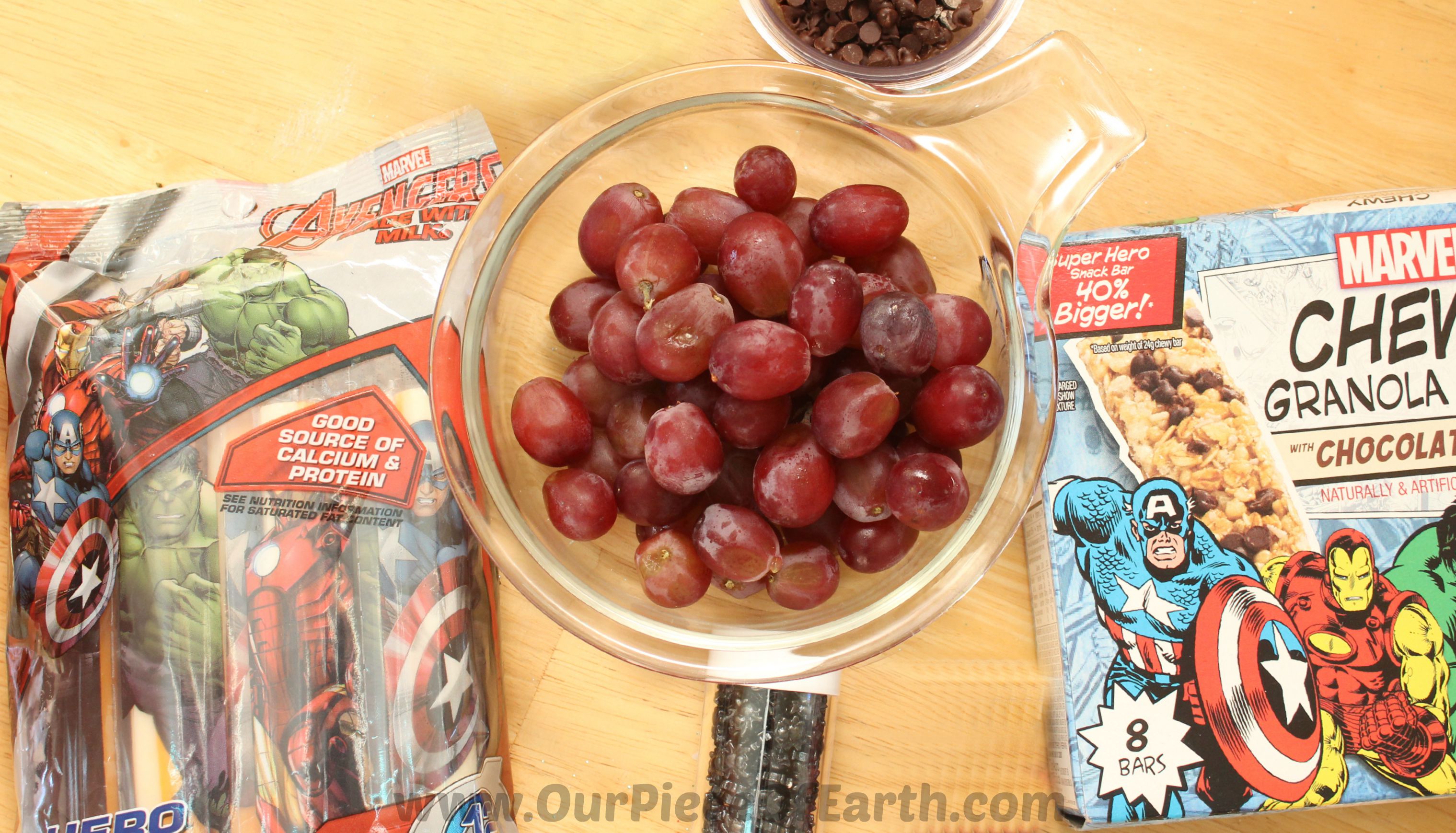 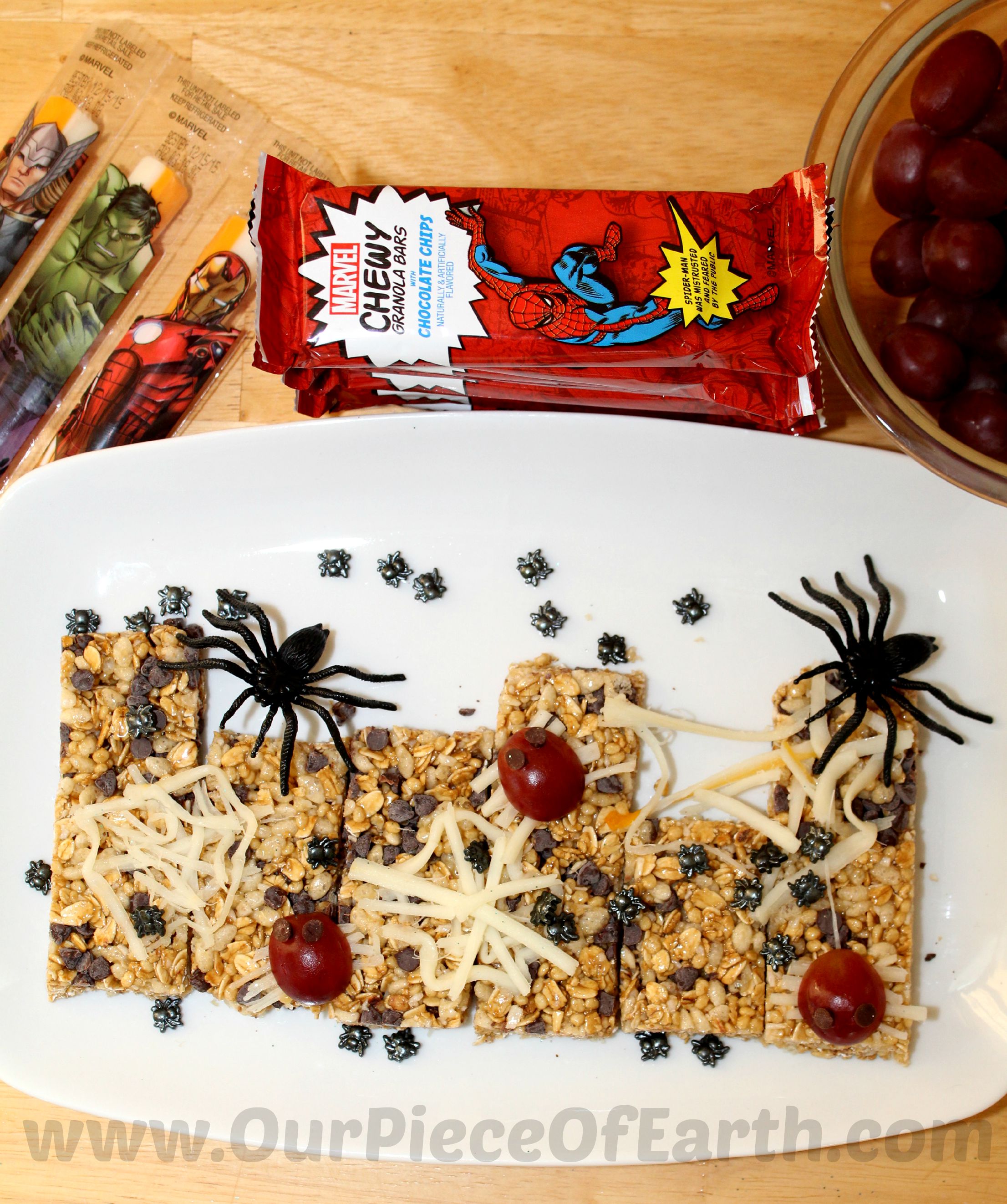 Making lunch was super easy.  I cut up some of the granola bars and made the skyscrapers.  {Plus, I got to eat what I cut off, so YUM}. 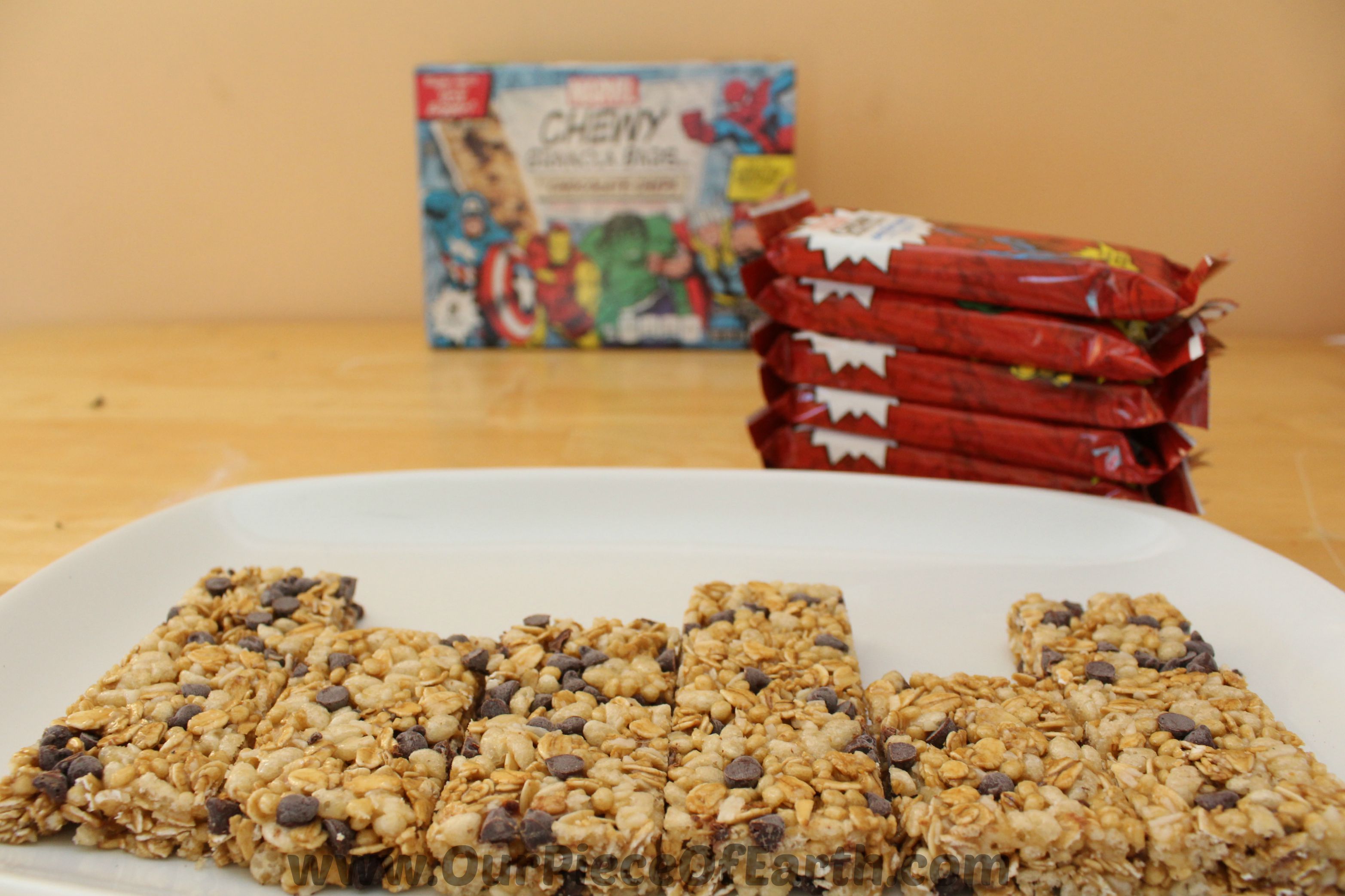 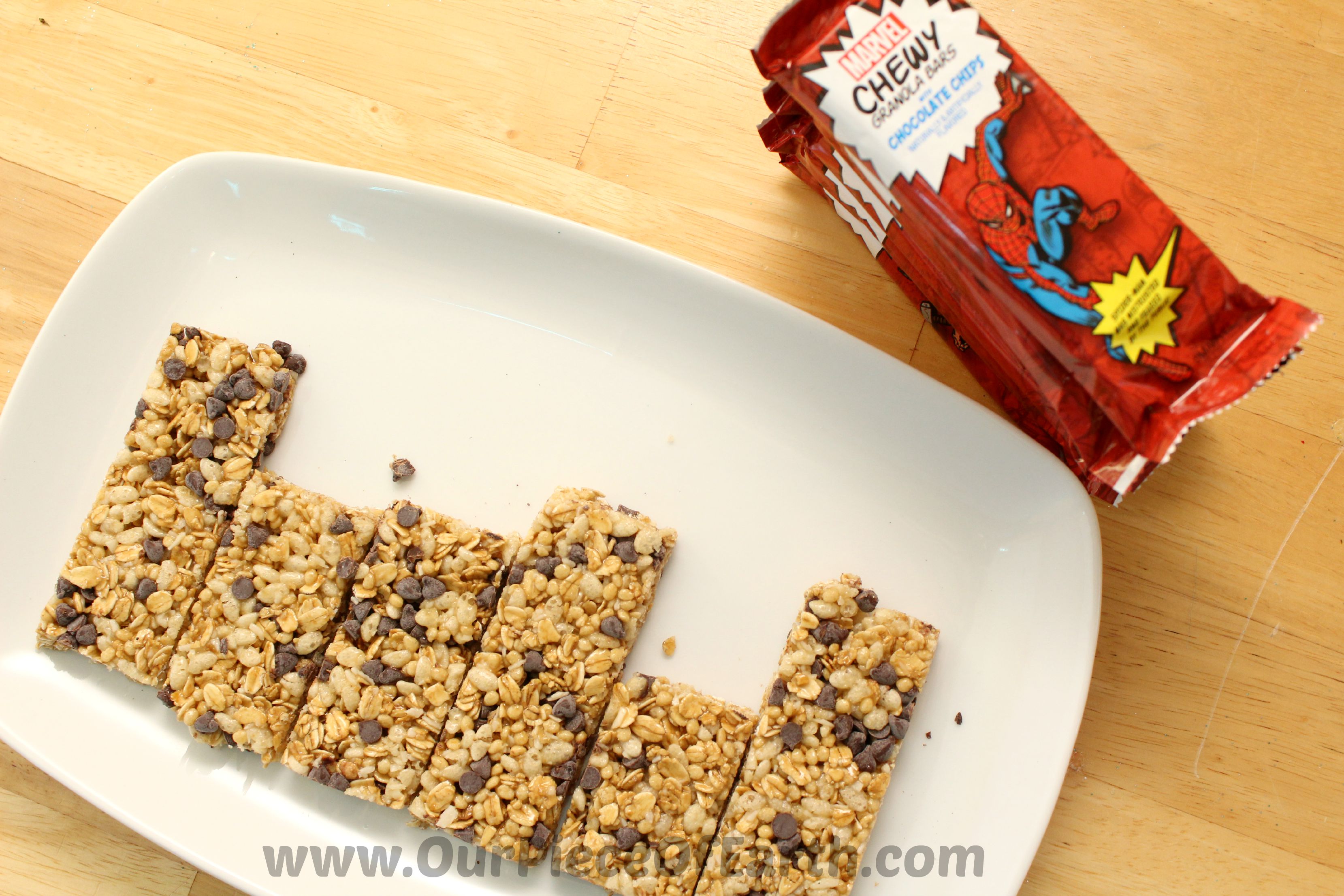 Then I pulled apart some of the string cheese to make the spiderwebs.  The cheese sticks pretty good to the granola bars. 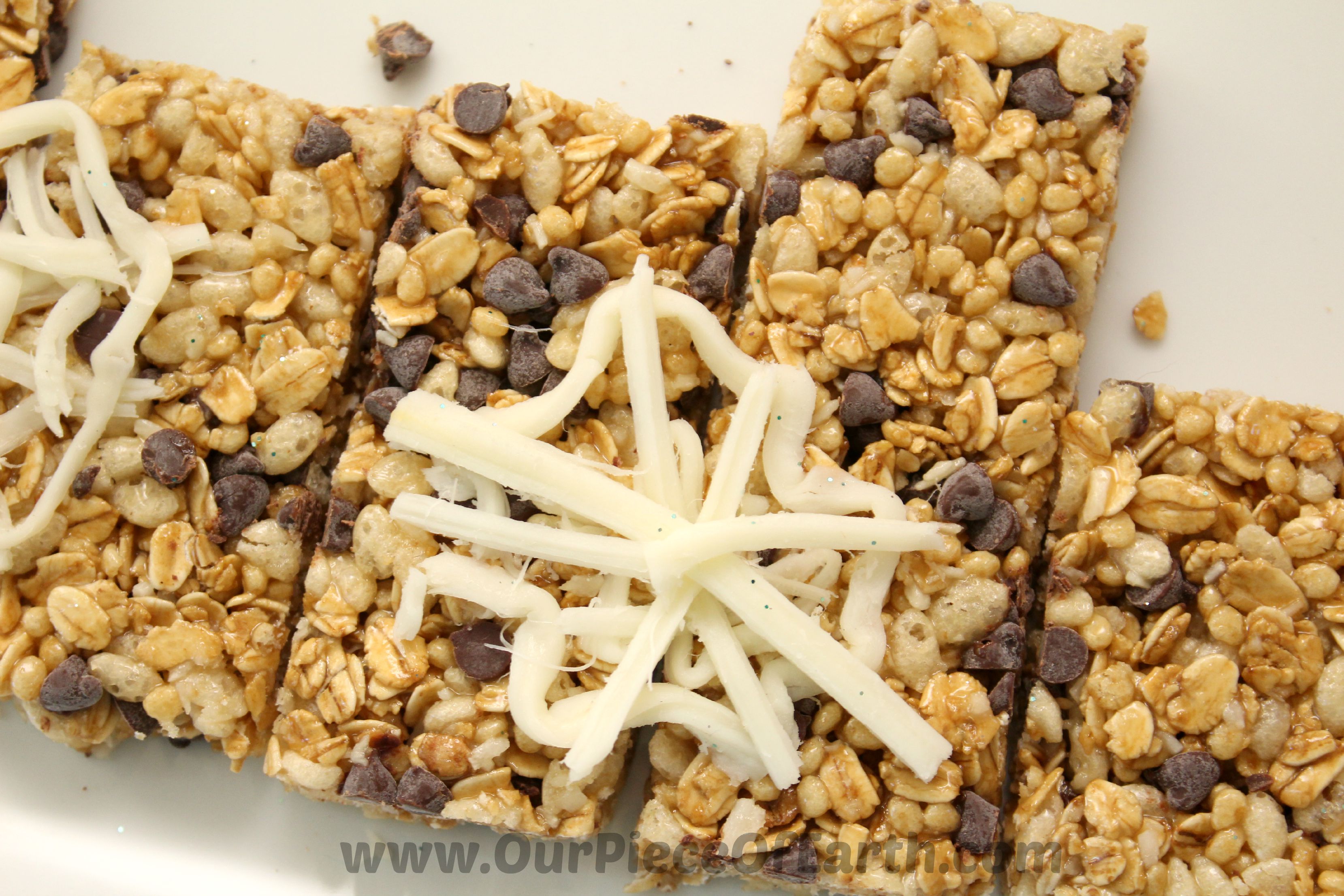 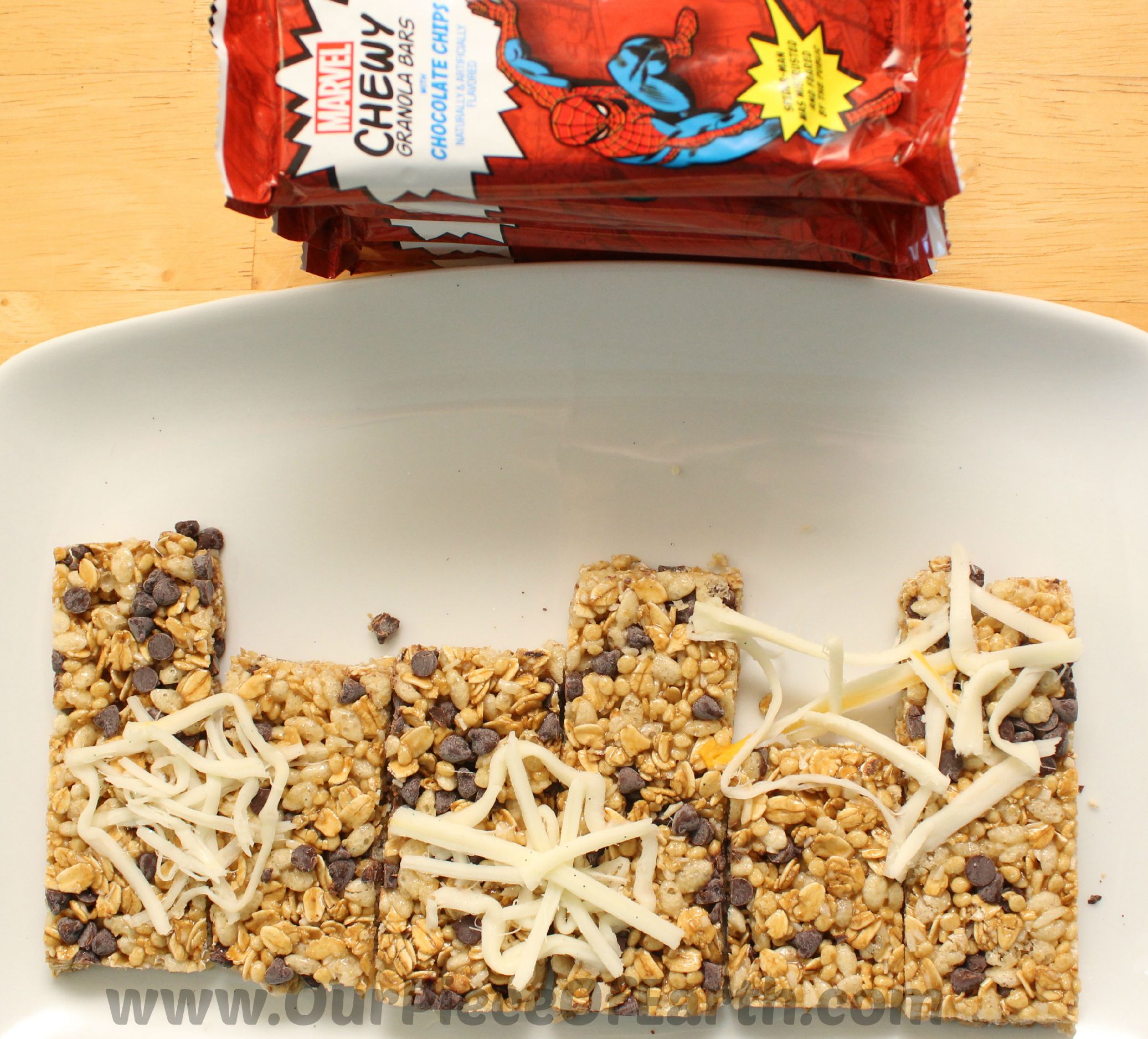 Then, taking the grapes, slice them in half lengthwise.  Using one half, take the knife to make slits for the eyes.  Insert 2 mini chocolate chips or other candies.  {If you bought the chocolate chip granola bars, you can just take some from the bars}.  Then, pull apart some thin pieces of string cheese, chop them into small pieces and stick them to the bottom of the grapes for the spider legs. 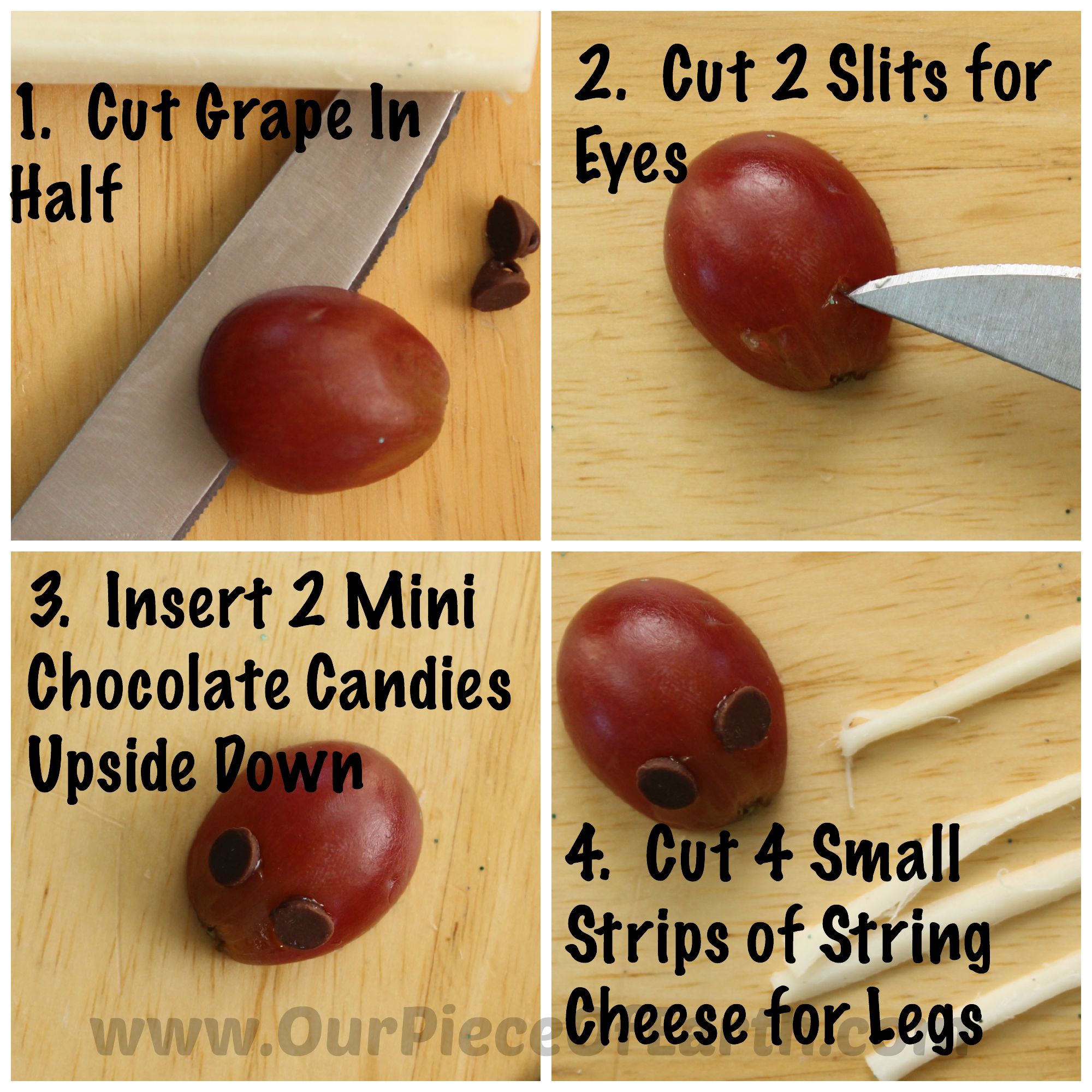 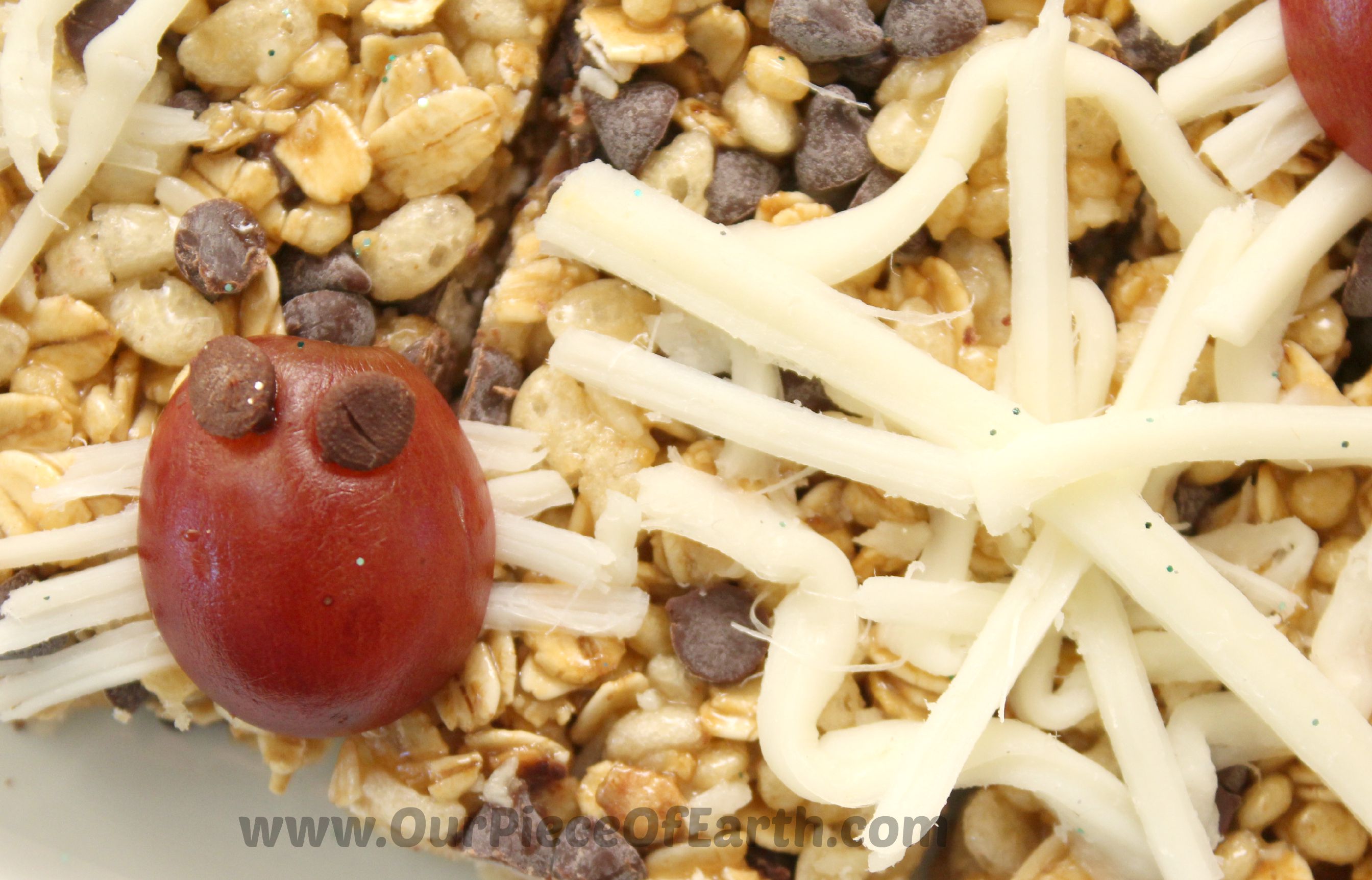 We added in some mini spider sprinkles from the Halloween section and a few plastic spiders for fun. 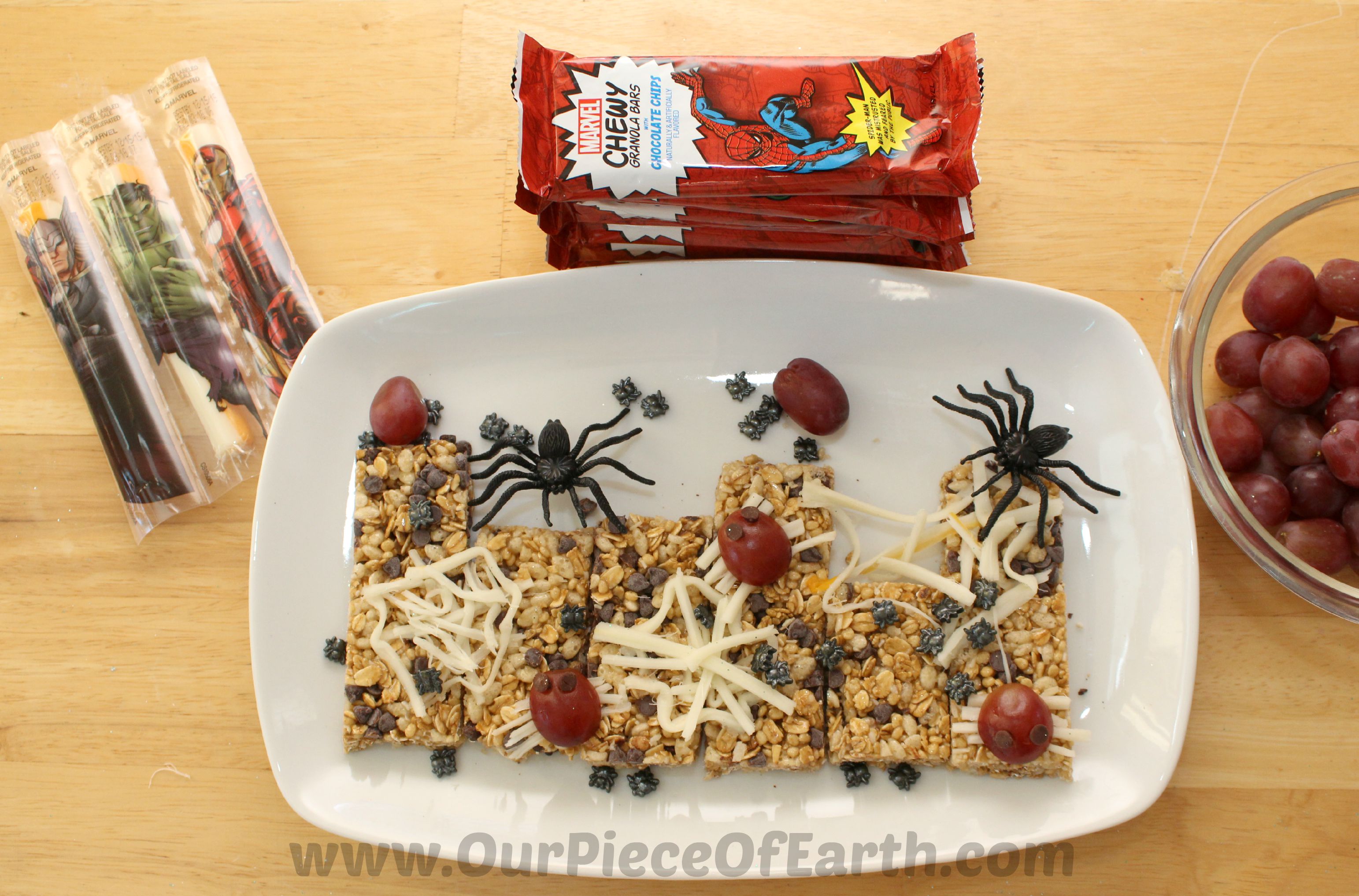 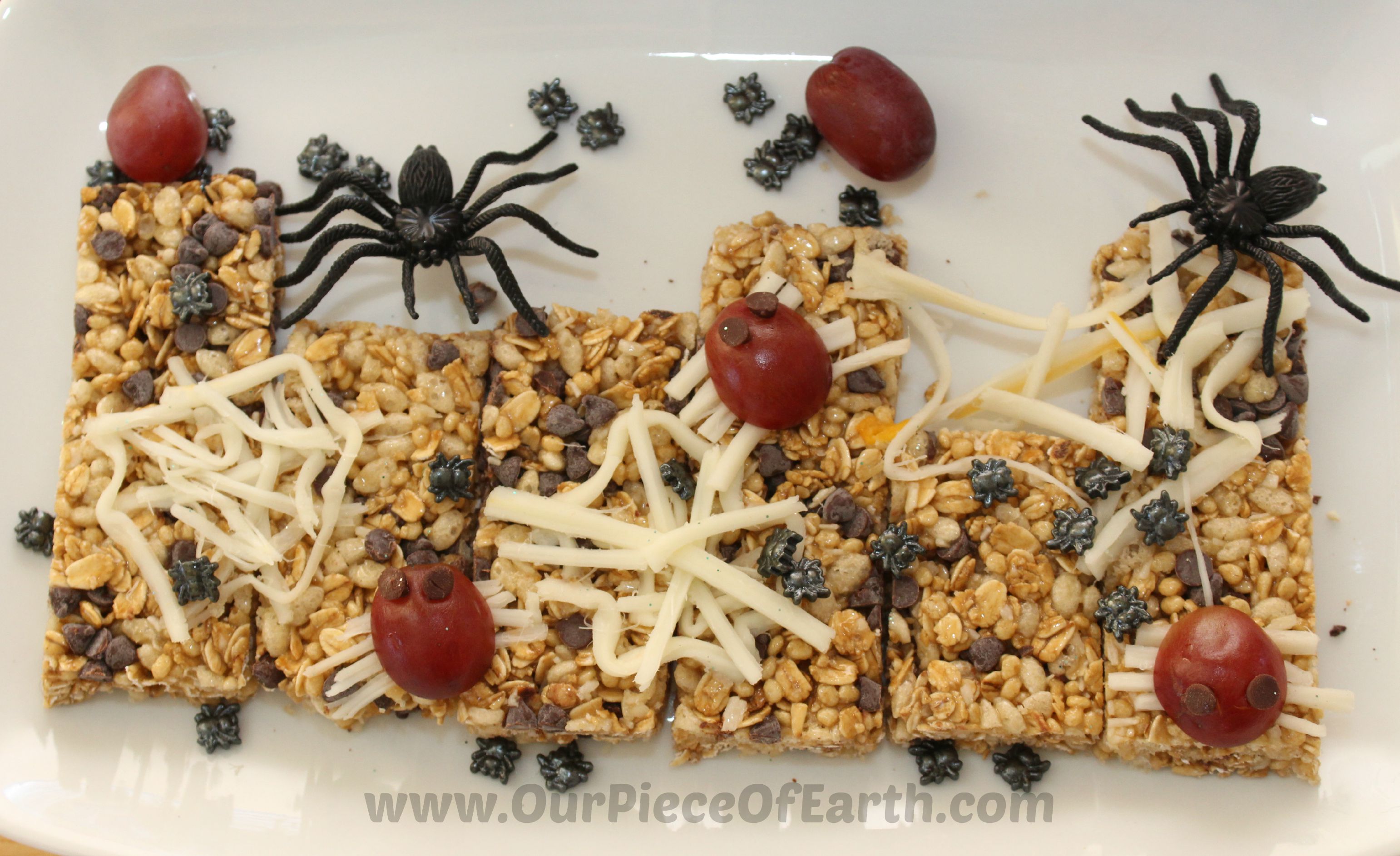 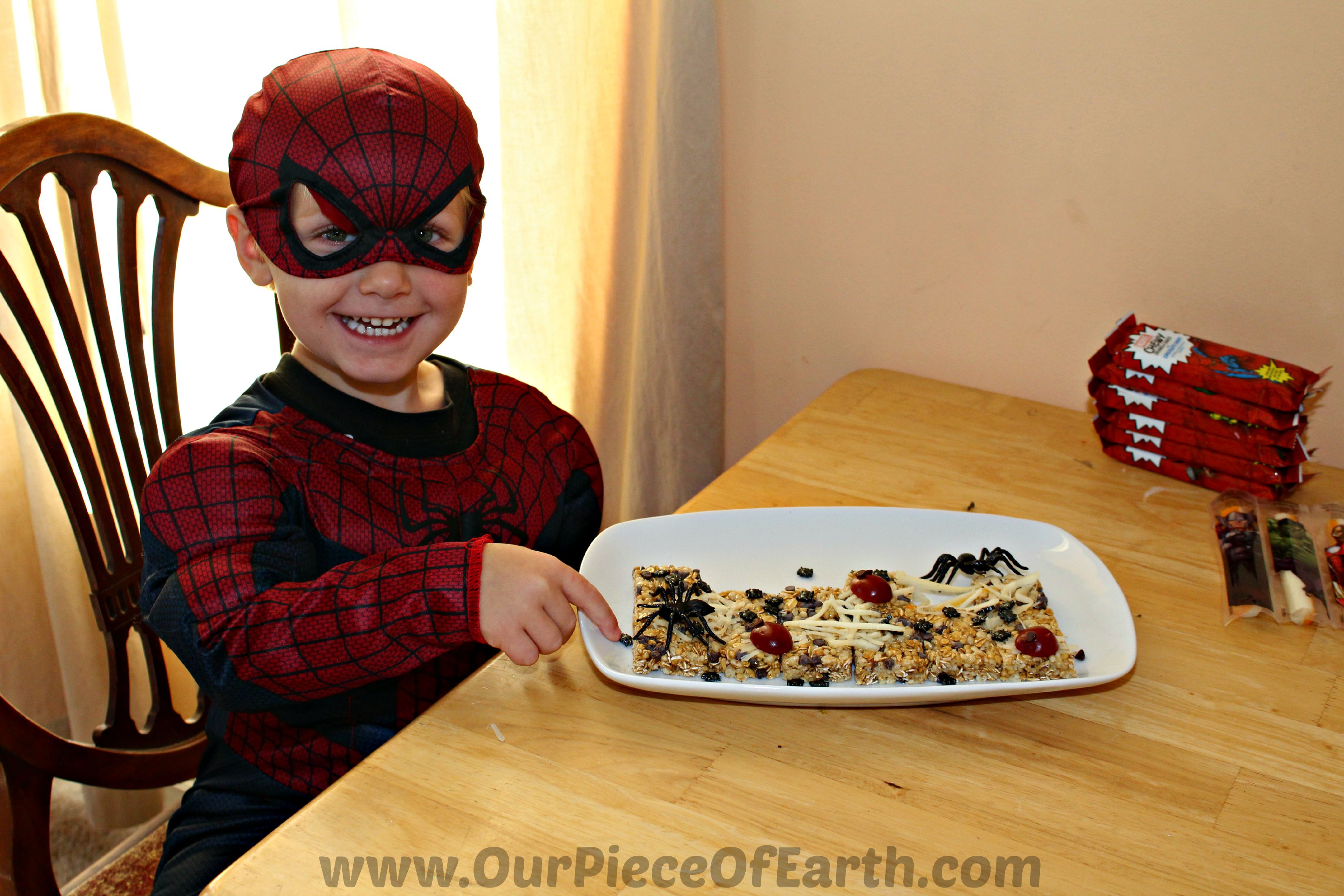 The kids loved lunch so much that I thought it would be fun to remake it for a Halloween style MARVEL Avengers watch party to celebrate the upcoming release of  MARVEL’s The Avengers: Age of Ultron movie.  The kids have been begging for another popcorn and movie night so I’m thinking this sounds like a fun evening in with the kids.  Which MARVEL Avengers character is your favorite?