Skip to content
Each week, I join up with Karine from SAHM of Drama Queens & a Prince to bring you Tuesdays Toddler Tales.  Each week will have a topic and we would love for you to link up with us.  This weeks topic is how we choose our baby’s names. 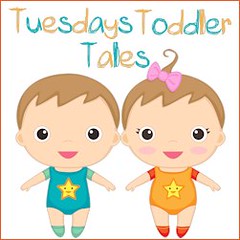 Being pregnant is so exciting…and sometimes scary.  There is so much to think about, and probably the funnest of all of those things, is the name you choose for your little one.  Whether you find out baby’s gender ahead of time or not, you still have to pick a name eventually.
We haven’t found out the gender of either of our kids, so we were {sort of} prepared with a name for both.  With our first, it was somewhat easy.  I’ve known for years that I wanted to name my first baby girl Maggie after my grandma.  She was pretty much the greatest person to ever live!  When we started discussing names, John wasn’t so sure of it until I told him why, then he loved it.  For  boy name, we kept bouncing around.  He liked Riley, I liked Logan, we both liked Charlie.  I figured we were having a boy because we couldn’t make up our minds!  I would come around to wanting Riley, and when I would call to tell him, he had the same thought about Logan.  Well, our first was a girl, so Maggie was her name.  If she had been a boy, I think it would have been Charlie, but who knows!  Maggie Elizabeth.  Perfect! 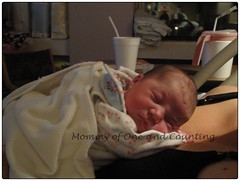 With our second, we didn’t discuss names nearly as much.  John just assumed Charlie would be the name if we had a boy.  I wasn’t so sure, I wanted to keep thinking.  If this baby was a girl, we FINALLY decided on Natalie.  Neither name was actually after anybody, just names we liked.  We kept thinking and thinking, but didn’t like any names more than Charlie or Natalie.  Well, we had a boy and Charlie was his name.  It wasn’t planned this way, but my grandpa whom I never met, but was the first husband of my grandma Maggie was Charlie.  He died when my aunt was a toddler, so I don’t know much at all about him.  But, there you have it, we have Maggie and Charlie.  His middle name was pretty easy for us too.  I let John have most of the say in this.  He wanted either his name or his grandpas name for the middle name.  In the end, he went with his.  Charlie Johnathan.  Perfect! 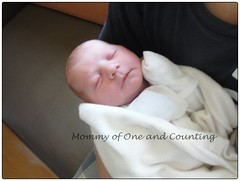 How did you choose your children’s names?

Next weeks topic:  How you celebrate Valentine’s Day with your children.

Do you have a distracted nurser? {H3idiho Designs Review and Giveaway}