I have had such a fun week with the kids.  Maggie has been cracking me up lately and I just can’t get over how cute, sweet and funny she is.  I told her the other day while we were outside playing that I wanted to take her picture.  This was her pose.

Then she got up the next day and decided to be SuperGirl.  She spent the day saying how she had to save the world, or “Supergirl can do anything.”  I {mostly} love that attitude! 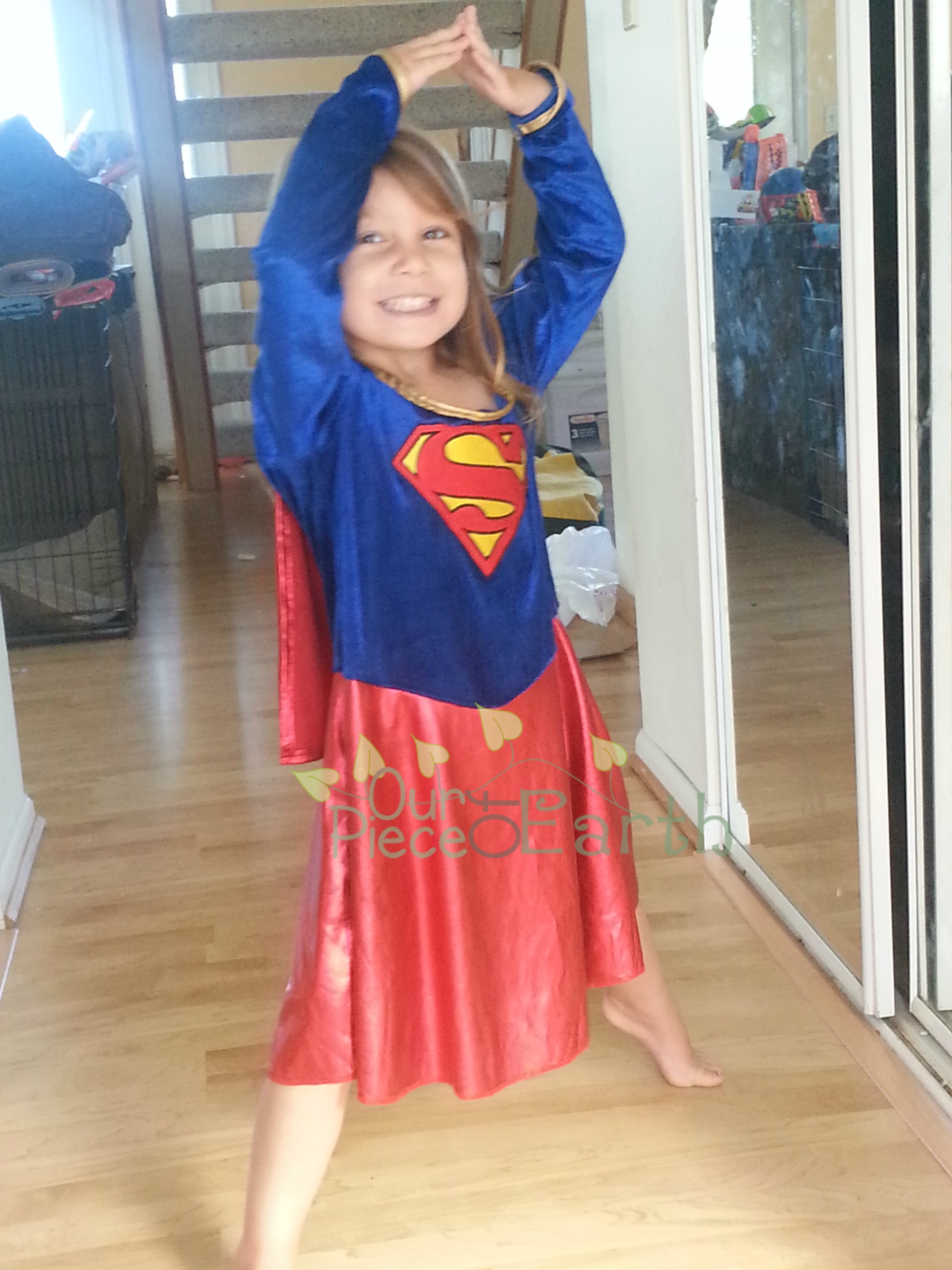 Monday morning, we started her homeschool pre-preschool stuff.  She was really having a lot of fun with it, and as you can see, she is really concentrating very hard. 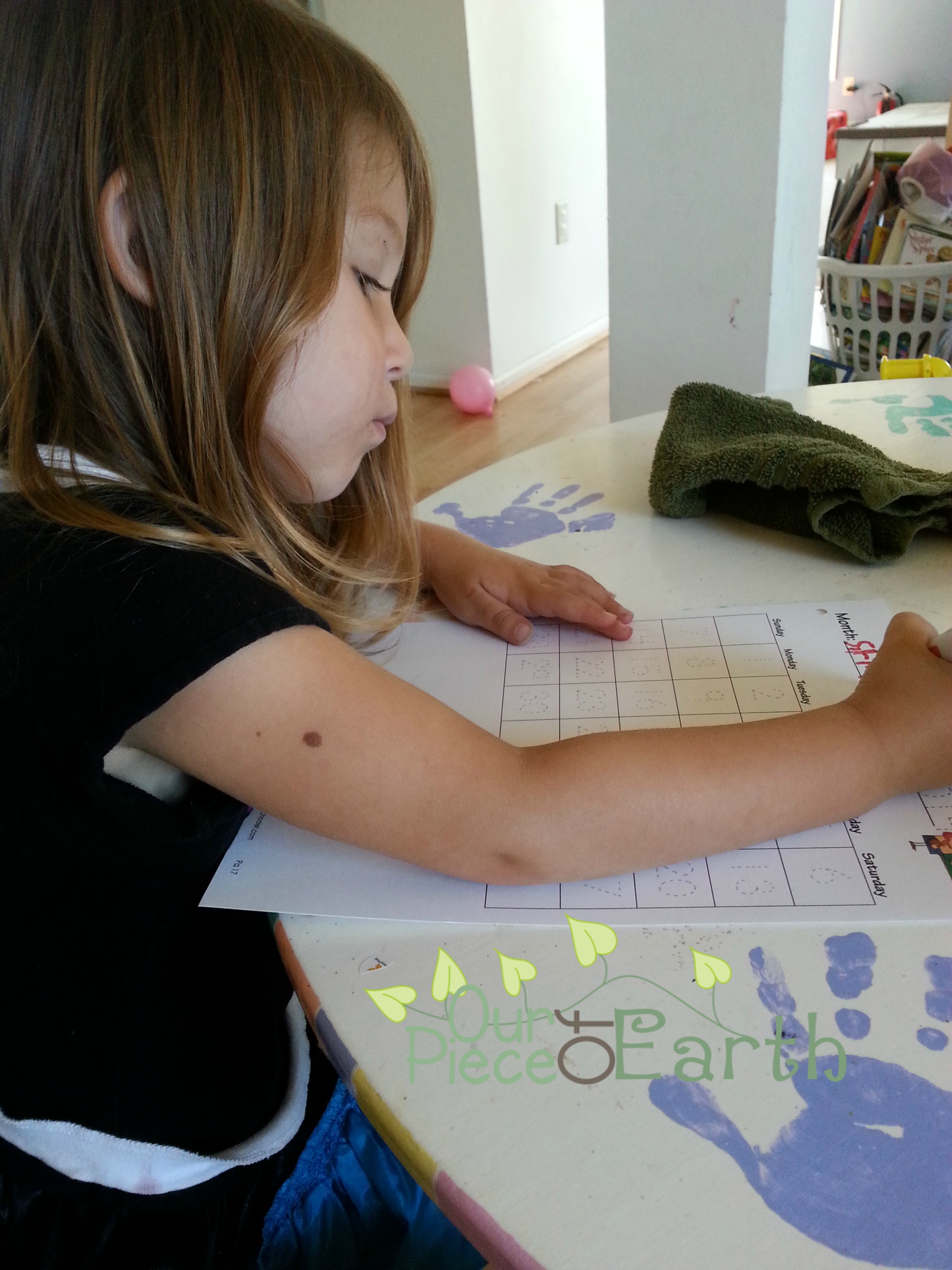 She pretty much did the entire weeks worth of stuff done in one day.  As we were working, I learned quite a bit about her.  While there are times when we are out doing something or I ask her to do something, she will tell me, “I can’t do it”  or “It’s too hard”  or “I don’t know how” even when it is something that I know she is able to do and knows how to do.  When we sat down to do some of her learning stuff, I was prepared for her to say things like that.  Before nap time, after I laid down Charlie, she wanted to work on her school stuff instead of play games.  While we were working on the stuff, she was a perfectionist.  If she traced off of the line or made even a teeny mistake, she would wipe it off {most of this was using dry erase markers} and do it over again and again until she had it perfect.  I was really proud watching her try super hard and do her best with everything she did.